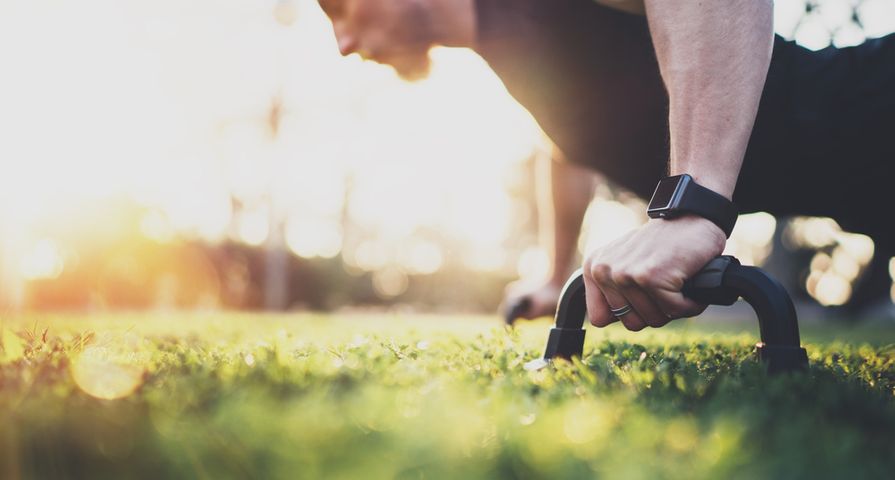 Hockey may not be the world’s most popular sport, but it may very well be the fastest and most intense. Whether hockey is played on ice, in a gym, or on the street, plays are often completed in the blink of an eye, which means players must be in top physical form in order to excel.

Arguably, the most physically (and mentally) demanding position in hockey is the goaltender position. Unlike forwards and defensemen, goaltenders regularly play the entire game, meaning they must have top-notch endurance. They must also move in unique ways; rather than covering the entire length of the ice in the shortest time possible, they must shift up and down and side to side quickly and efficiently. Put simply, they face unique challenges that demand a special type of workout. So, what should hockey goalies be doing when away from the rink to improve their chances of making that game-saving stop?

Ask a friend who doesn’t usually play goalie to tend the crease for a game. Afterwards, they’ll tell you there’s one thing that made the job especially difficult: the constant up-and-down movement. Today’s goalies are constantly moving from a standing to kneeling position and back again—it’s a type of movement that demands extensive power in the legs and core.

To build up the muscles that help one transition from standing to butterfly and back again, try jumping squats. Stand as you would in your crease with your knees slightly bent, then crouch down like a baseball catcher. From this position spring into the air, before coming back down to land in the crouched position. Repeat this movement 20 times through 2-3 sets.

It used to be that a goaltender could spend almost an entire hockey game on their feet, only shifting their arms and legs around to make saves. But that day has long since passed, and today’s goalies often find themselves in awkward positions all over the crease area. Put simply, these days no goalie can reasonably expect to spend the whole game on their feet.

That means today’s successful goaltender has an incredibly strong core capable of propelling them from one part of the crease to another with ease. But it’s not just about form and speed: goalies also need a strong core to limit their chances of incurring an injury while moving in ways that most people wouldn’t dream of doing.

In today’s game of hockey, goalies often find themselves in the middle of scrambles around the crease in search of a loose puck. In many cases this leaves them in the prone position, or a position that resembles a plank. Ideally, the goaltender is able to recover the puck before it squirts free, but that’s not always the case. Instead, they may need to quickly spring from the prone position to standing, from where they can handle another shot.

This prone-to-standing movement requires the goaltender use a variety of muscles, with a special emphasis on chest, arm and core muscles. That makes the standard push up an excellent exercise for goaltenders looking to improve their speed and endurance around the crease.

For a goalie, every game can be drastically different. In a game where a goalie’s team is outmatched, they may be required to make stops every minute or more for the duration of the game. This can keep a goalie warm and focused, but it’s a huge challenge for his or her endurance.

In most cases, however, a goalie will face fits of activity followed by quiet moments where their team goes on the attack. This means a goaltender must be prepared to endure intense physical exercise for a short period of time, rather than a longer and less intense workout. For this reason, running intervals can help prepare a goalie for the average game. This kind of activity helps build endurance for short bouts of intense physical movement, essentially replicating an opponent’s power play or a game where the opponent has a visible advantage.

This one is a little more complicated but, like the burpee, it combines two excellent and highly useful exercises that can help a goaltender target and build key muscles, including those in the legs, core, arms, chest, shoulders, and back. By doing so, it can help a goalie strengthen the muscles that propel them from side to side and from the prone to standing positions quickly and easily.

Just about every athlete needs to have strong legs in order to compete at the top levels. However, some athletes have special needs when it comes to using the muscles in their legs. For example, while hockey forwards and defensemen want to be able to move quickly across the ice for a minute or two at a time, goalies need to have explosive energy that propels them from one position to another over shorter periods.

That kind of explosive energy requires extensive focus on building the muscles in the calves and hamstrings. One of the best ways to target these muscles is by running stairs, a simple but effective exercise that demands a lot from the lower half of the body. Running stairs is also effective in helping a goalie remain active and focused through intermittent periods of intense activity—a crucial requirement for any goaltender looking to play at an elite level.

Stretching Exercises Seniors Should Do Every Day

Ask any powerlifter what exercise they use to build muscle in their legs and lower back and they’ll point to the deadlift. It’s an exercise that can help a goaltender manage the impact of a typical game and remain healthy over a long schedule.

To perform a deadlift, begin with a barbell (loaded to an appropriate weight) at the feet. Crouch to grab the barbell with two hands and return to the standing position, before returning to a squat. Be sure to slowly build up to a challenging weight. Overdoing it right away could result in a serious back injury and time on the injured reserve list, and no goalie wants that.