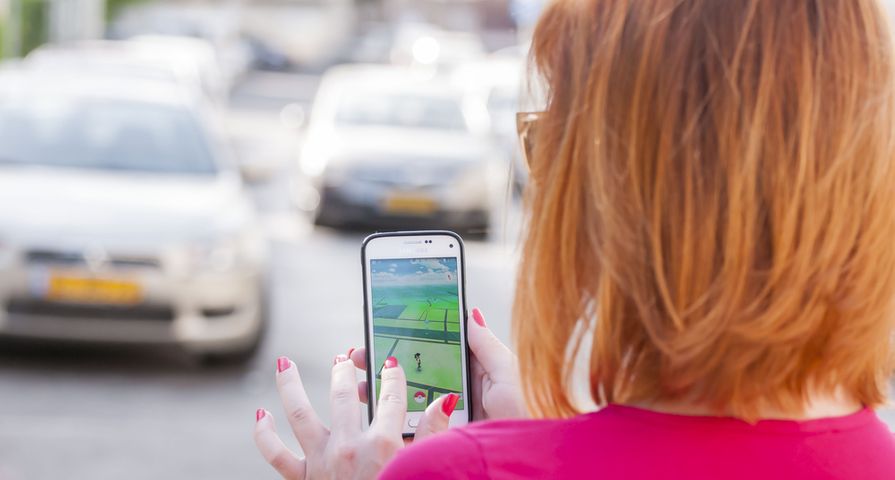 Are You a Cyberchondriac?
There’s no denying the outrageous popularity of Pokemon Go. A franchise that seemed to have quieted down since its heyday in the 1990s has been revived by a seemingly simple mobile game that encourages players to leave the couch behind, taking them through city streets and alleyways and across country fields.

That the game is encouraging many normally sedentary gamers to get outside and exercise is great. But there’s danger out there, folks. So, when heading out to play Pokemon Go in your neighbourhood, keep these vital safety tips in mind…

Before you enter an area to chase your Pokemon, ask yourself this: would anyone be deeply offended if they saw you playing a game of baseball or tag football in this space? If the answer is yes, then it’s probably best to avoid going there for a game of Pokemon Go.

Such areas include cemeteries (and particularly military cemeteries, like Arlington), memorial parks, museums, libraries, private property, and cathedrals, or churches. It’s pretty simple: be respectful and you won’t upset anyone while playing Pokemon Go.

2. Be Aware of your Surroundings

Believe it or not, there are stories where Pokemon Go players have wandered into dangerous situations–even armed robberies–without realizing what they’ve done. The game, like so many others, is very distracting and that can be dangerous for a variety of reasons.

If you’re a Pokemon Go player, stay aware of your surroundings. Keep your head up and your eyes and ears open. Not even catching the famous Pikachu is worth getting hurt…or worse.

Pokemon Go has, unfortunately, encouraged some players to venture places they should be going, from subway tracks to cemeteries and people’s backyards. On a typical day, a law-abiding person would not do these things, but the game seems to be luring people into dangerous situations.

Trespassing on private property is hardly a good idea, though, particularly at a time when so many people are concerned about world threats and may be quick to grab firearms or other weapons.

4. Don’t Play it Behind the Wheel

We’ve been told over and over that it’s a bad idea to use your smartphone behind the wheel — whether that’s talking on the phone or using it to text friends and family. But has anyone actually said we shouldn’t be playing games like Pokemon Go?

While they haven’t received the same kind of negative attention, it’s pretty obvious that games shouldn’t be played while driving. Keep in mind that distracted driving kills 3,000 people in the United States every year — and there isn’t anything more distracting than a video game.

Depending on where you live, the cost of data for your smartphone plan could be rather pricey. Well, here’s the bad news Pokemon Go players: the game is a serious data hog, meaning it will chew through your available data quickly and may even force you to upgrade your plan.

The problem is that the game takes you outdoors, far from WiFi connections. Because it’s constantly using GPS data to make the game function, Pokemon Go could leave you with a headache when your phone bill arrives.

If you come across a potentially dangerous or sensitive area while hunting that highly desired Pokemon, remember that Pokemon characters tend to move around a lot. A prized Pikachu won’t hang out on the railway tracks or inside that abandoned warehouse for long. Eventually, he’ll move on to a safer place, like a city park.

So, be patient and ask yourself this: is it really worth risking my life to get that virtual animal right now? Even a diehard Pokemon fan should be able to answer that question in a safe and sensible way.

For the most part, Pokemon Go is free to play. But should you progress far enough in the game, you may be encouraged to purchase “PokeCoins” that require you to spend real money. Be aware that the companies behind Pokemon Go want to make money off the game, and will make it easy for these real-world purchases to be made. Too easy, perhaps.

So, know how much PokeCoins cost in actual dollars and try to set a limit on how many you’ll purchase in every day, week, or month.