This is Your Brain on Fast Food… 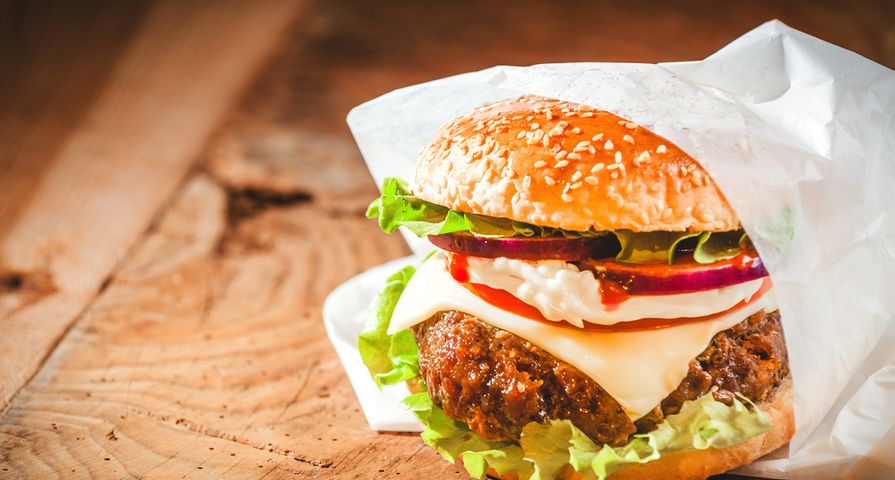 Most people opt for fast food for three simple reasons—it’s quick, it tastes good, and the cost is relatively low. These choices are often made despite the negative effects that a diet rich in fast food has on our physical health (i.e., excess fat, cholesterol, sugar, and sodium), which can lead to nutritional deficiencies and weight gain. However, in addition to the well-known physical consequences—fast food has several lesser-known and detrimental impacts on our brain and mental health as well…

Canadian researchers from the University of Montreal, in Quebec, found that consuming diets high in sugar and fat increased the rate of depression. When study researchers fed mice a diet high in fat (58-percent calories from fat) and sugar over a 6-week period, they found that the rodents showed signs of increased depression and increased anxiety once fatty foods were taken away.

These mice were compared to mice fed a low fat, lean diet (with only 11-percent calories from fat). The scientists concluded that consuming a diet high in fat and sugar altered the chemical activity in the brain—specifically levels of corticosterone (a stress hormone) and CREB (a dopamine-functioning protein that causes addictive feelings and behaviors) significantly increased and created a poor cycle of eating.

The jury is still deliberating on sugar and it’s influence on anxiety and hyperactivity.  However, a study published in the journal, Clinical Pediatrics, established that feeding children foods high in preservatives and artificial colors and preservatives (i.e., sodium benzoate) raises the risk of clinical hyperactivity.  The same study, published in 2012 by the National Institutes of Health, took a sample of 800 hyperactive children and found that 150 displayed decreased irritability, jitters, sleep disturbance, and restlessness when artificial food colorings and preservatives were eliminated from their diets.

Additional research published in the journal, Psychology Today, states that diets low in healthy omega-3 fatty acids and high in refined carbohydrates (like those in fast food) altered anxiety levels. The research, conducted by Dr. Emily Deans, a board certified psychiatrist from Massachusetts, found that blood sugar fluctuations (dips or hypoglycemic episodes) significantly increased levels of fatigue, moodiness, and anxiety.

The Scripps Research Institute, an American nonprofit biomedical research facility, studied the compulsive overeating habits in a group of lab rats that were fed simulated fat- and sugar-laden fast food diets in large amounts. The scientists characterized the obsessive overeating as similar to “drug addiction” to narcotics like morphine or cocaine.

Researchers from the University of Toronto, in Ontario, Canada, found that the fastest way to tap into your artistic side is to lay off the fast food. When the study monitored the influence of fast food logos and restaurants on the artistic tastes of participants, exposure was shown to increase impatience and need for instant gratification while dulling the overall appreciation of music, photography, opera, nature, and art.

Researchers drew the conclusion that exposure to fast food signs and commercials impeded the ability to savor pleasurable experiences in lieu of instant gratification. When study participants were offered two choices—either an immediate cash reward or a cash reward of more value in a week—40-percent chose the immediate payout while standing in view of a fast-food restaurant.

Diets high in fast food sure contain a lot of fat, but the fats within are typically made up of unhealthy trans and saturated fats and deficient in heart-healthy omega-3 and omega-6 essential fats. An Australian study published by University of California, Los Angeles, says this is an issue if you want children to excel at school. The study found that children with omega-3 fatty acid deficiencies tended to suffer scholastically—specifically in areas of spelling, reading and behavior.

The study monitored the educational improvements of a group of 396 children, aged 6- to 12-years-old. Half were administered an omega-3 fatty acid beverage while the control were given a placebo. After a 6-month period, findings reported that children who took the nutritional drink scored higher on a series of memory and verbal intelligence tests compared to the control group.

Do you ever fathom how McDonald’s settled on the golden arches and red color scheme? It should come as no surprise that quite a bit of research was put into that decision—research that revealed that the red and yellow color triggers hunger cravings.

Research published in the journal, Psychology Today, states that, “[Just like] Pavlov was able to get a dog to salivate at the sound of a bell, McDonald’s gets your appetite flowing with a chemical dopamine release anytime you hear their jingle [or see their logo].“ It turns out that this consistent branding creates a strong brain reaction: Golden Arches = Happy Meal.  That means when the logo for your favorite fast food restaurant appears, a dopamine cue activates in anticipation of the reward and pleasure to follow.