Diet Trends Of The Past Decade 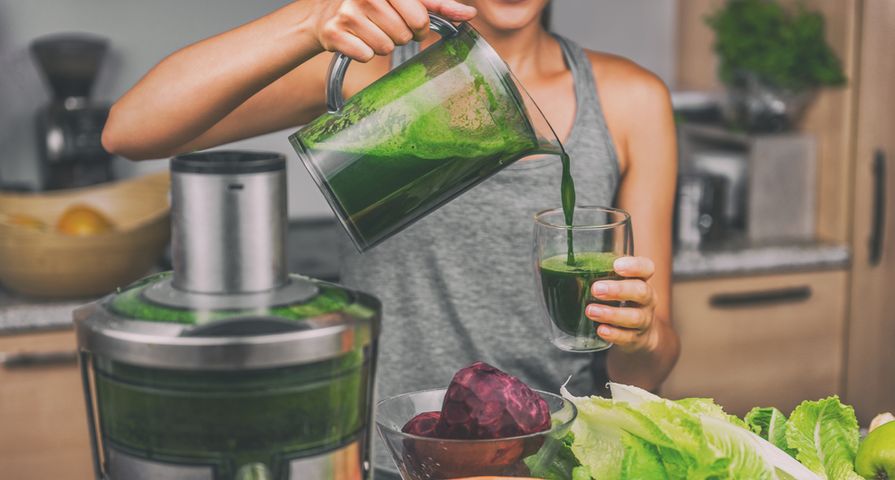 Everything You Need to Know About Eating a Calorie Deficit Diet

Time is like a constant current bringing with it new ideas, trends, and fads that come and go as quickly as they arrived. While some tend to stick around a little longer than others, more often than not they’ll peak in interest and then fade into the background.

With that being said, there have been many diets that have come and gone in the past decade. Despite the fact that these trends are constantly changing, one thing remains the same: the goal is weight loss. To celebrate the upcoming 2020 year, we’re taking a look back on some of the most popular diet trends of the past decade. Check it out:

Weight Watchers still remains the most popular diet plan around. It was founded back in the early 1960’s by Jean Nidetch and went public a few years later. It’s evolved a whole lot since then with different programs and point systems. In 2010, Weight Watchers introduced the PointsPlus Plan which is described by VeryWell Fit as an overhaul of all the previous plans.

The PointsPlus Plan introduced a new way of thinking about calories. For example, the new plan addressed the fact that while an apple and handful of chips might have the same calories, they aren’t nutritionally equal. Instead of just counting calories, people had to take into account other things like protein, fat, carbohydrates, and fiber.

Similar to some of the other diets on this list, it’s not exactly ‘new’ as it’s been around for nearly 100 years, however it rose in popularity in 2014 after celebrities like Kelly Ripa, Victoria Beckham, and Gwyneth Paltrow began talking about it.

According to RedBook Magazine,  the concept behind this diet is “eat foods that either eliminate or reduce acidic foods, which could change the alkalinity (or pH level) in your body and ‘have a positive impact on…arthritis, joint pain, kidney stones, heart problems, and even cancer.'” The source goes on to point out a major flaw in this diet which is that it’s impossible change pH levels with diet. Also, this diet makes people give up coffee, sugar, dairy, animal products, and gluten grains. What else is there?!

Keto was by far the most popular diet in 2018 and the “most searched” diet during that year. Even those outside the health community had heard about this trendy new diet. As with many of the other diets on this list, celebrities like Kourtney Kardashian and Halle Berry increase it’s popularity at the time.

Keto was originally developed back in the 1920s as a way to treat epilepsy. It’s a high fat, low carb diet that promises to help people burn fat instead of carbs. The diet also claims to help encourage longer lasting fullness, lower blood sugar levels, and weight loss. During a time when everyone is either limiting or giving up their meat and dairy consumption, it’s no surprise this diet rose to fame.

Before considering this diet, do some research and consult with a nutritionist because the downsides of this diet can include muscle loss, dehydration, and nutrient deprivation, says Business Insider.

As of 2016 and 2017, the vegan diet has been slowly becoming more and more popular. There’s no denying that young people today are more focused on eating whole-food, plant-based meals not only to improve their health, but also for sustainability.

People are becoming much more conscious about what they eat and the impact it has on the environment. Best-selling books like How Not to Diet by Dr. Michael Greger and Netflix documentaries like Cowspiracy had a major impact on people. We don’t suspect this diet is going anywhere anytime soon, especially since the plant-based product industry is currently booming and on the rise.

In addition to its environmental benefits, a vegan diet can help encourage weight loss. In his book, Dr. Greger cites a study to compare obesity rates of eating plant-based diets. He writes, “Meat eaters topped the charts with an average body mass index (BMI) of 28.8 — close to being obese. Flexitarians (people who ate meat more on a weekly basis rather than daily) did better at a BMI of 27.3, but were still overweight. With a BMI of 26.3, pesco-vegetarians (people who avoid all meat except fish) did better still.”

The whole idea of the Whole30 diet is the eat “clean.” This means no added sugars, alcohol, grains, legumes, dairy, or additives. Business Insider states that this diet has been around since 2009, but only became popular in 2015 with the release of “The Whole30” name.

This idea behind this diet is actually quite good because it advises against eating processed and packaged foods, but the time frame is its biggest flaw. Thirty days isn’t enough time to magically fix the body. You should aim to implement eating more naturally into your everyday life, beyond the 30 day time frame.

TIME magazine interviewed Dr. Alessio Fasano, director of the Center for Celiac Research and Treatment at Massachusetts General Hospital who says, “30 days isn’t enough time to turn off systemic inflammation.” While this diet may benefit some, the restrictions are too generic and may not have the same effect on everyone.

As the number of people with celiac disease rose, more and more gluten-free products were made available in the grocery stores. In 2013, there was a sharp rise in people choosing these gluten-free options that were typically reserved for those with celiac. The reason for this is because people assume gluten is “bad” for them, so they believe by choosing gluten-free options, they’ll lose weight. This isn’t the case. According to Health.com, most gluten-free products have just as many calories as their counterpart.

The Dukan Diet rose to fame in 2011 when the world caught wind that Kate Middleton and her mother were trying the diet in order to prepare for Prince William and Kate’s wedding day.

It’s a high protein diet that promises to help shed 10-pounds in only a week! Following in line with the Royal code, there are lots of rules with this diet, particularly around what vegetables you can and cannot eat, including when. Not surprisingly, this diet trend didn’t last very long and is rarely heard about today.

Are Dates Healthy? Benefits And Nutrition

Intermittent fasting is a diet tried that emerged from Silicon Valley in 2012. It’s basically what it sounds like, going without food for a period of time and then resuming back to eating normally. The most popular version of this diet is 16:8 which involves eating all your daily calories within an 8-hour period (ex. 10 a.m. to 6 p.m.) and then fasting for 16-hours. Another popular method is 5:2 which is eating normally for five days and then restricting your calories to 500 per day (for women) the other two days.

While this diet has been around for quite some time now, it started making a comeback in 2019 as celebrities like Jennifer Aniston, Evan Ross, Lance Bass, Chris Pratt, Kate Walsh, Justin Theroux, Kourtney Kardashian, and several others have preached about its effects.

In 2012 a new diet emerged that involved drinking calories instead of eating them. While juice cleanses have actually been around for years, interest peaked in 2012 when companies like Juice Press and Juice Generation popped up and began selling cold pressed juices, as well as cleanse packages. Other reasons for its popularity were celebrities like Gwyneth Paltrow and Salma Hayek who began singing it’s praises.

The trend still exists today, but mainly in the form of cold pressed juices which are essentially just a convenient, healthy drink to enjoy on the go or after a workout. Interest in the more extreme idea of a detoxing for a day or even as long as a week by drinking nothing but fruit and vegetable juice has decreased. The reason for this is because many doctors and nutritionists actually advise against doing a juice cleanse. You’re better off losing weight by exercising regularly and eating nutrients from food sources in healthy well rounded meals, not by liquidating meals.

Signs and Symptoms of Gluten Intolerance

The paleo diet isn’t anything fancy, in fact it’s often referred to as the ‘Caveman Diet’ because it focuses on basic food guidelines that cavemen would have followed. The diet involves eating mainly fruits, vegetables, meats, seafood, and nuts. Paleo claims to help ward off diseases by returning to a more natural way of eating.

It was developed by New Zealand nutritionist Jamie Scott, says Yahoo, and peaked in popularity in 2013 when it became the most searched diet. Other influencers were Melissa and Jasmine Hemsley who wrote a best selling recipe book featuring a staple recipe of the diet, bone broth.

While we do believe apple cider vinegar has lots of great health benefits, we’re not so sure about the apple cider vinegar diet. This is a trend that emerged in 2010 and while it might seem absurd now, it had many health conscious people jumping onboard. All the diet really consisted of was taking a single shot of apple cider vinegar each morning in order to suppress appetite, improve digestion, and ease acid reflux.

Despite its popularity, there are mixed reviews about it online. Some say it does have benefits, while others think it’s a hoax. A 2014 review found no evidence of apple cider vinegar affecting the metabolism. However, a 2016 study published results stating that it could improve satiation, cholesterol, and blood sugar.

The Mediterranean Diet is by far the healthiest diet on this list. In fact, it was named the best diet of 2019 by the US News and World Report. Based off how most countries around the Mediterranean sea eat, this diet focuses on eating lots of fruits, vegetables, fish, and heart-healthy fats.

According to Business Insider, this diet is rooted in ancient civilization and while it was voted the best diet overall in 2019, it began growing in popularity around 2013. This diet has been shown to be successful in weight loss, improving heart health, and preventing diabetes.