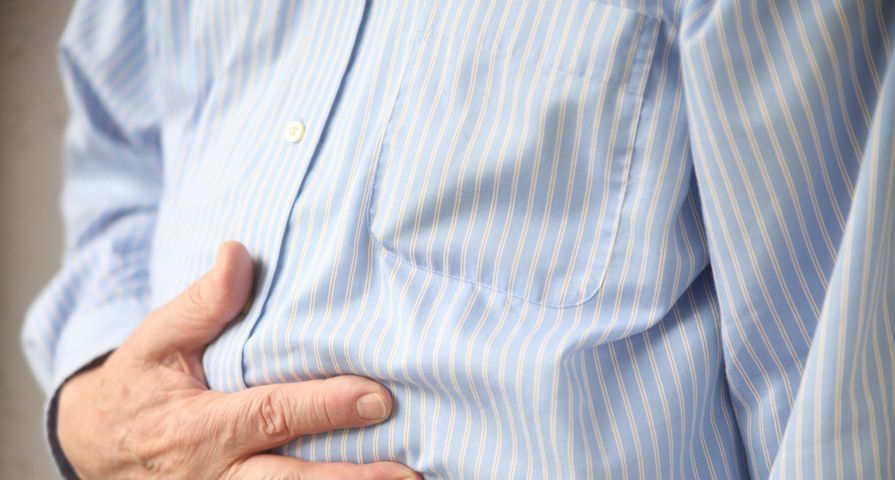 Bloating: for a lot of people, it’s a consistent problem that can ruin just about any occasion. Put simply, it’s tough to enjoy a night on the town if you feel like someone inflated a balloon just inside your abdomen.

Often, the problem is associated with digestion and is a constant issue for people with digestive ailments like irritable bowel syndrome. There are several ways to combat bloating, but the easiest may be to simply find the foods that cause it to occur and generally avoid them, particularly if you’re planning to be far from home and would rather not spend all night running to the washroom. That said, there are a few other ways to prevent bloating from becoming the bane of your existence.

Up Your Fiber Intake

One way to prevent bloating is to get more fiber in your diet. That’s because a lack of fiber can lead to constipation, which is almost always accompanied by bloating and general discomfort.

There are a number of healthy food items that can help keep you regular and prevent bloating, starting with fruits and vegetables. Whole grains, such as whole wheat bread and cereal, can also help boost your fiber intake, as can legumes, seeds and nuts. In general, a typical adult should be getting at least 25 grams of fiber each day, and you won’t get that from highly processed or fast food.

If you suspect your bloating is related to constipation, you can do yourself a huge favor by simply drinking lots and lots of water. That’s because constipation is often caused by dehydration. Put simply, you need a sufficient supply of water to keep the digestive system moving along at a steady rate.

The next time you feel bloated, try downing a glass or two of water. You may not notice a difference right away, but in time this could help kick-start your digestive system and get things moving along again. Before you know it, that feeling of bloating could be ancient history.

If you’ve got food allergies, there’s a good chance they’re responsible for that bloated feeling. Problem is, if you don’t know what food is causing the bloating, then you’re pretty well doomed to repeat the issue over and over and over.

A food allergist can help you determine which foods, or even food groups, are presenting you with the most problems. Many people with wheat or lactose intolerance experience bloating on a regular basis and may only find relief by completely cutting wheat and milk-based food items out of their diet.

It can be tough to eat slowly when you’re a) famished, or b) really excited about the food you’re about to eat. But here’s the problem with eating like you’re on a deserted island and just found a barrel of double cheeseburgers: the faster you eat, the less likely you are to chew your food properly. Additionally, eating fast can result in a person swallowing more air, which, as you’d expect, can encourage bloating.

That’s why one of the best and easiest ways to reduce bloating is to take a different — and much more patient — approach to eating. Don’t eat on the run — save your meal for a time and place when you can savor your food and chew it thoroughly. And remember, bloating isn’t the only downside to eating fast — if you’re not careful, it could also result in choking.

Ease Up On The Soda

Since it entered the mainstream in the post-war era, soda has become one of the world’s most popular beverages. These days you can choose from an almost endless range of soda options, from original Coca-Cola to diet cream soda.

But consuming a lot of soda is a problem for several reasons. First, and most obvious, is that most soda is loaded with sugar that can lead to an expanding waistline or worse, type 2 diabetes. Even the soda that doesn’t have a lot of sugar, such as diet soda, comes with sugar substitutes that can cause digestive problems for some people. Beyond that, the carbonation of soda can encourage the development of gas and make you feel bloated and uncomfortable. In short, if you’re worried about bloating, it’s time to cut soda out of your diet.

If you’re trying to curb your appetite and lose some weight, you may reach for a pack of chewing gum. Generally speaking this isn’t a problem — unless you struggle with bloating.

Although most types of chewing gum are sugar-free, which means they won’t threaten your weight loss goals, many do use sugar substitutes that can encourage the build-up of gas and make you feel very bloated. Additionally, chewing gum can result in an individual swallowing excess air, which also encourages the development of gas and bloating.

Rarely do health experts tell people to monitor their vegetable consumption; rather, in most cases they push people to eat more, more, more vegetables. That’s because veggies are low in calories and fat and high in vitamins and fiber. In essence, they’re pretty much the best things you can eat.

That said, if you have problems with bloating, there are some vegetables that you may want to avoid. This covers pretty much any veggie in the cruciferous family, including broccoli, brussel sprouts, and cauliflower. Although these vegetables are healthy and high in fiber, they can cause a huge build-up of gas in the abdomen as their broken down by the stomach and intestines. For that reason, people who tend to feel bloated a lot should be mindful of when and how much they eat these veggies.

Break Up Your Meals

If you suffer from bloating on a regular basis, one of the first questions you should ask yourself is this — “am I eating too many big meals?” If the answer is yes, your bloating could be related to the amount of food you’re asking your body to process at one time.

In essence, bloating can result if you’re asking your body to digest large amounts of food a few times a day. In this way, bloating is a side effect of demanding a lot from your digestive system. To prevent this, try having several smaller meals throughout the day. Not only will that reduce pressure on your digestive system, it could help you maintain a higher metabolism, which can help with weight loss.