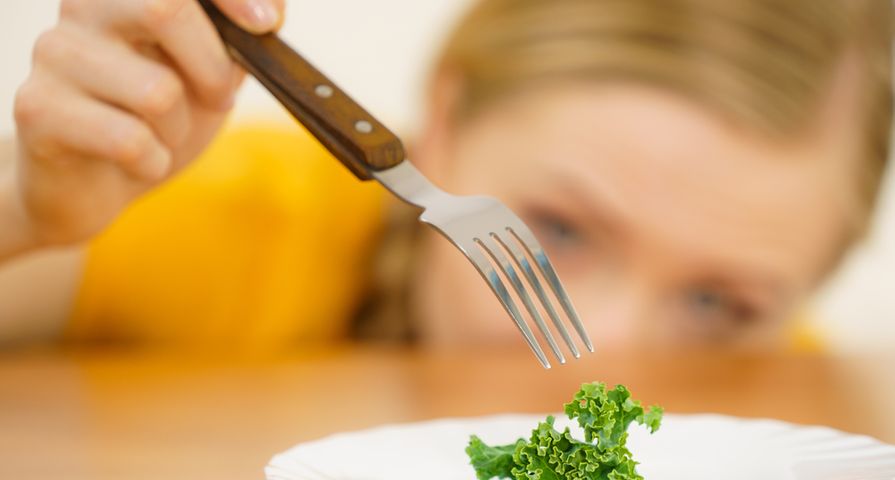 With the abundance of food available to most Americans today, perhaps it’s no surprise that eating disorders have become a fairly common problem. Not only is it incredibly easy for most people to access food, but much of the most affordable food, such as fast food and snacks, is potentially damaging when eating in excess.

Of course, over-eating is not the only type of eating disorder. In an effort to look like the beautiful people on our favorite television shows, in our favorite movies, and in the most popular magazines, many people go to extreme lengths to achieve what they believe is the ideal body type. If not controlled, this behavior can lead to bulimia and anorexia, both of which can have devastating effects on the human body and may even lead to death. So, what are some of the causes of eating disorders and how can we address them?

Many medical professionals, including scientists and physicians, who study eating disorders believe the problem can be tied to biochemical disorders in the brain. Specifically, it’s possible that an imbalance of certain chemicals in the brain can cause one to feel hungry more or less than they should, drastically increasing their chances of having an unhealthy relationship with food.

Sometimes these chemical imbalances in the brain can be remedied through the use of medications, but this is effective only some of the time. The use of medication in addition to regularly meeting with a support professional — such as a social worker, physician, or psychiatrist — can provide the help one requires to overcome their chemical imbalance and lead a more healthy life.

One can do everything in their power to lead a healthy life — they can eat well, exercise, visit their doctor regularly, and make an effort to achieve a state of overall mental and physical well-being. But even the healthiest person can find their health affected by a genetic predisposition to a medical condition, from cancer to heart disease and even eating disorders.

In short, if your ancestors or members of your immediate family struggled with weight problems — whether that involves being excessively heavy or thin — you may encounter these same issues at some point in your life. In any case, it pays to be prepared for the challenges you may face, so be sure to ask your loved ones about some of the health conditions your family members have faced in the past.

Individuals who find themselves in particularly stressful or depressing circumstances may be more likely to develop an eating disorder. This is particularly likely among individuals who have felt especially stressed or depressed for long periods of time, as it could lead them to use food as a way to relieve stress and alleviate persistent feelings of depression.

Other emotions that can contribute to the emergence of eating disorders include general feelings of low self-esteem; feelings of inadequacy (perhaps as the result of being in an abusive relationship with a partner, family members, or a group of friends); feeling that one lacks any control in their lives; and feeling as though they lacking a reliable social network.

One’s social network and the nature of their everyday relationships can have a huge impact on their attitude towards food. Say, for example, that an individual spends a lot of time with people who worry about eating and their weight: there’s a good chance that anyone in that group of people will absorb that general outlook. Of course, the same could be said of an individual who spends much of their time in a social group where eating healthy and getting exercise is considered unnecessary.

Because it can often be hard to look beyond one’s own social group, it can require the support of medical professionals, like a family doctor, social worker, or psychiatrist, to help an individual recognize how their social group is affecting their attitudes towards food and increasing their chances of succumbing to an eating disorder.

When it comes to determining the causes of an eating disorder, perhaps the most difficult factor to reckon with involves the culture surrounding the affected individual. This is because, unlike a social group, it’s virtually impossible to take someone with an eating disorder out of their culture in order to help treat them.

Put simply, cultural pressures can lead to eating disorders by repeatedly emphasizing the importance of having a thin and toned body. For women, the emphasis is often on being thin, toned, and yet having ample breasts, hips, and butt. While men generally face less pressure to be thin, there’s a growing connection between masculinity and muscularity that leads many men to obsess over their bodies. For those who have developed eating disorders largely because of these cultural pressures, it’s crucial that those around them emphasize the fact that there is no such thing as a “perfect body.”

This factor in causing eating disorders is similar to social network but often involves just one or two people. In this case, a trouble love life — such as having a partner who repeatedly shames his or her partner into feeling too thin or fat — can have devastating consequences for the affected individual. Of course, this could be another type of major interpersonal relationship, such as the link between a mother and child.

Individuals caught in these kinds of abusive interpersonal relationships will not only struggle to have a healthy opinion of food and eating; they may struggle to express themselves generally. In short, their troubled relationship or relationships can make it difficult to identify ways to improve their situation by seeking help or making changes to their diet and lifestyle.