Home » Your Health » Poor Habits That Cause Acid Reflux and Indigestion

Poor Habits That Cause Acid Reflux and Indigestion 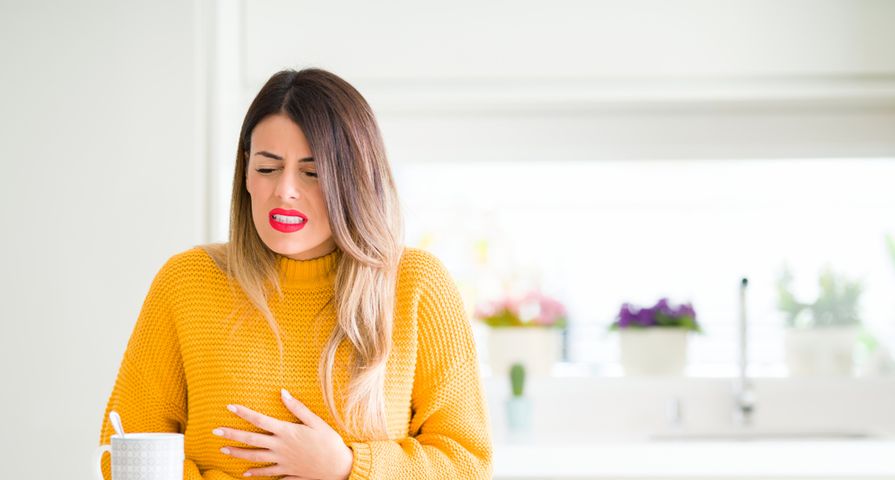 It’s estimated that around 20-percent of people in the U.S. have gastroesophageal reflux disease, also known as GERD. This is a long-lasting condition where the stomach contents come back up into your esophagus, which causes uncomfortable symptoms such as heartburn and chest pain.

Like many health conditions, certain factors put people at a higher risk of developing GERD. Many risk factors are related to everyday habits that you may not realize are triggers for this condition. If you’re someone who experiences acid reflux and indigestion, think twice before continuing these eight poor habits.

Your diet plays a big role in how frequently you experience GERD. Products containing high amounts of sugar such as chocolate could trigger acid reflux. Other common trigger foods include fatty foods, peppermint, and citrus fruits.

Sugar should not make up more than 10-percent of your daily calories. You don’t have to quit sugar altogether, but do your best to only consume it in small amounts.

Laying Down After a Meal

Not only can the foods you eat trigger GERD, but so can the time of day you eat. HealthLinkBC recommends waiting two to three hours before laying down after a meal. That’s because the contents of your stomach can push against the valve between the esophagus and stomach when you lie down, triggering GERD symptoms.

By staying upright for a few hours after a meal, you can prevent your stomach from pushing juices to your esophagus and causing heartburn.

It may seem like a smart idea to avoid eating sugar by reaching for sugar substitutes instead. Unfortunately, there is reason to be wary of this decision.

Gastroenterology Consultants say low-calorie sweeteners can cause gas and intestinal problems. Ultimately, they can end up giving you the same side effects as true sugars despite being advertised as healthier.

There are endless reasons why smoking is bad for your health, and one of those reasons is it can trigger GERD.

Everyday Health says nicotine relaxes smooth muscle inside the body. This means nicotine can relax something called the sphincter, one of the body’s main defenses against GERD. Smoking causes the sphincter to relax and increases the risk of acid reflux occurring.

Sleeping Flat On Your Back

You might not think much about the position your body is in while sleeping but some positions can impact GERD symptoms. To prevent acid from flowing up into your esophagus, try raising the head of your bed six to eight inches. You can do this simply by putting risers (or blocks) under your bed frame or using a foam wedge under the top of your mattress.

Many medications can increase your chances of heartburn. This includes both over-the-counter and prescription drugs. According to Mayo Clinic, the following medications may trigger or worsen GERD symptoms:

Although coffee is a popular go-to morning beverage, it’s also a big reason why people experience GERD. Even decaf coffee can’t prevent heartburn or acid reflux! In addition to coffee, alcohol and sugary beverages such as soda are also common heartburn triggers.

Instead, opt for safer options such as herbal tea or low-fat milk. Plant-based milk is a good option for people who are lactose intolerant. Water, coconut water, and low-acid fruit smoothies are also great options for people prone to GERD.

Things You Need To Know About GERD

Extra pressure on your stomach could trigger acid reflux, especially in combination with other harmful habits. Avoid wearing tight clothing that pushes against your stomach. This includes high-waisted or compressive pants, pantyhose, and belts. Instead, opt for more loose-fitting clothing to give your stomach more room and prevent heartburn.

Other Risk Factors for GERD

While many GERD-inducing habits are within your control, there are other risk factors out of your control. Healthline says you’re at higher risk of GERD if you:

Monitor your health and keep tabs on your symptoms. If you fall under one of the risk factors, talk to your doctor to see if anything can be done to improve your condition and reduce the frequency of acid reflux and indigestion.