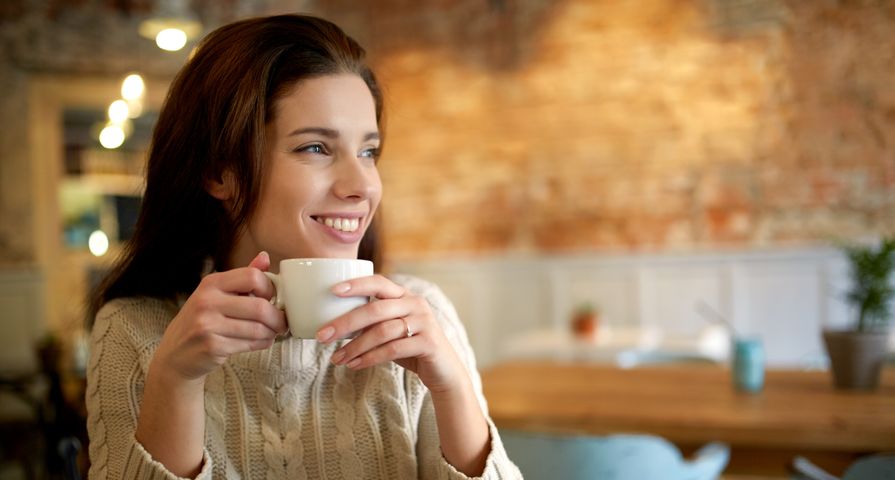 Gastroesophageal reflux disease (GERD) is a digestive condition that is characterized by severe, persistent acid reflux (often referred to as heartburn). It affects approximately one in five Americans and is commonly caused by factors such as obesity, leaky gut syndrome, and high stress levels.

While there are medications available to help treat GERD, long-term use of them can lead to a wide variety of side effects and risks. As such, many people choose to alleviate their symptoms by removing certain trigger foods from their diet—including these eight.

According to Healthline, “acid reflux occurs when there is acid backflow from the stomach into the esophagus,” which happens due to a weakened or damaged lower esophageal sphincter (LES). Eating high fat foods is one such cause of this weakening, as the source says they can “cause the LES to relax, allowing more stomach acid to back up into the esophagus.”

Additionally, the source indicates that high fat foods slow down the emptying of the stomach, allowing more time for acid to move up into the esophagus. Some examples of foods to avoid include fried foods like French fries and onion rings, full-fat dairy products, and fatty meats like beef and pork.

Due to their high acidity, WebMD says citrus fruits like oranges and grapefruits are considered “classic heartburn foods,” especially if consumed on an empty stomach. Other examples of citrus fruits include lemons, limes, and pomelos.

While not a citrus fruit, tomatoes are another food that people with GERD should avoid eating. They contain citric and malic acid, which LiveStrong indicates, “can make the stomach produce too much gastric acid,” and if acid levels are too high it can lead to heartburn.

Unfortunately for those who love chocolate, Health.com says it “seems to cause more reflux than any other food.” There are a few reasons for this, the first of which is because it contains caffeine and other stimulants like theobromine and methylxanthine, which are known to relax the LES and cause reflux.

Additionally, chocolate is high in fat which, as mentioned previously, delays stomach emptying. And finally, the source says that the cocoa powder in chocolate can also cause heartburn, as it is considered acidic.

While not the case for everyone, in many people onions can trigger acid reflux. In speaking with LiveStrong, Jeremy Tian, Ph.D., M.D., says that they “lower the pressure with which the lower esophageal sphincter (LES) closes to separate the stomach from the esophagus,” and also that they increase the amount of time stomach acid levels are high, which “exacerbates heartburn and belching.”

Garlic and spicy foods are also considered trigger foods for some people, especially if they consume a lot of them. To determine whether or not they pose an issue for you, Healthline suggests keeping a food diary to track your body’s response after eating them.

Like chocolate, coffee contains caffeine and, as mentioned earlier, caffeine relaxes the LES, allowing stomach acid to move back up into the esophagus. Luckily, WebMD says you don’t have to give it up entirely; rather, it’s about reducing consumption and being mindful of portion sizes.

If you struggle with heartburn, the source indicates that you “can likely consume a 3- or 4-ounce cup of coffee each morning with no problem.” If you drink it consistently throughout the day, however, issues may arise.

It may come as a bit of a surprise, but mint—such as peppermint or spearmint—can cause acid reflux in some people. This includes herbal teas, as well as products that contain mint flavoring, such as breath mints and chewing gum.

While peppermint is often used to soothe indigestion, LiveStrong says it can trigger heartburn in people with GERD due to the menthol relaxing the LES and allowing stomach acid to make its way into the esophagus.

Like the other foods mentioned on this list, alcohol relaxes the LES, leading to acid reflux. Although you may not experience heartburn issues after consuming a drink or two of alcohol on its own, WebMD says it can be problematic if consumed alongside a big meal—especially if that meal contains any of the previously mentioned triggers.

If you do choose to have an alcoholic drink on occasion, LiveStrong suggests avoiding carbonated choices like beer or champagne, as well as mixers like orange juice and soda, which are known to cause heartburn.

Carbonated beverages like soda can prove problematic for people with GERD. In speaking with LiveStrong, Jeremy Tian, Ph.D., M.D., explains that this is because “The gas released from carbonated beverages increases gastric pressure,” which can push open the LES and allow acid into the esophagus.

Additionally, carbonated beverages often contain caffeine, which is acidic and a known heartburn trigger. The source adds that diet products can be even worse for acid reflux, “typically having a pH between 2.5 and 3.7.”