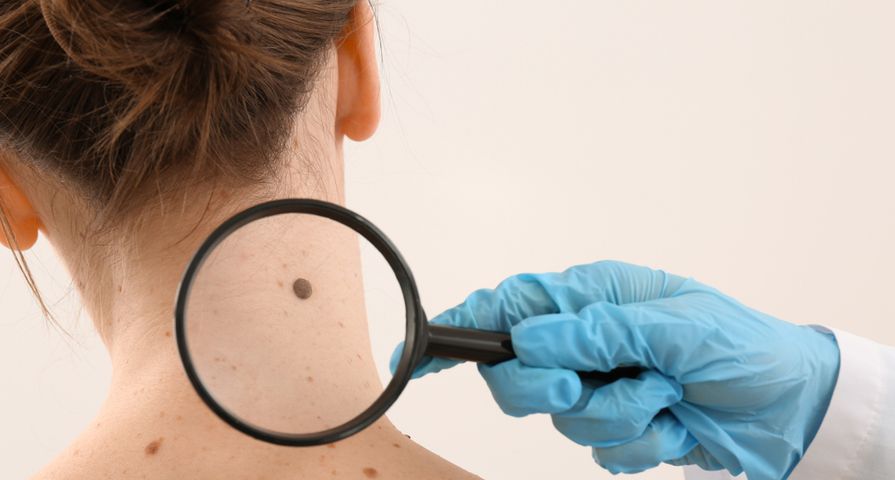 Approximately one in every five Americans will develop some type of skin cancer by the time they blow the candles out on their 70th birthday cake. It’s considered to be a pervasive disease that kills more than two people in the United States every single hour. The good news is that the 5-year survival rate is 99-percent for cases that are detected early.

A basal cell’s job is to produce new skin cells as the old ones die off. Skin cancers often owe their namesake to the cell in which the disease originates, hence basal cell carcinoma.

Basal cell skin cancers are far and away the most common form of the disease, accounting for over 4-million skin cancer diagnoses in the United States every year. They usually present themselves on areas of the skin that receive regular exposure to the sun like the head and neck. During a routine screening, look for a skin-colored bump, a brown lesion, a flat, scaly, or red patch of skin, or a white scar-like lesion.

Though developing basal cell carcinoma is incredibly common, death as a result of it isn’t. Either way, you’re still advised to pay your doctor a visit should you notice the appearance of a new growth.

Squamous cells are found in the middle and outer layers of the skin and sometimes, when exposed to ultraviolet rays, they can cause surplus of skin cells which can then lead to squamous cell carcinoma. A proactive self-screener should be on the lookout for a wart-shaped bump, a red and scaly patch of skin that bleeds easily, an open sore that just won’t heal, or a growth with raised edges and a lower area in the middle.

Noticing any of the aforementioned symptoms warrants a doctor’s visit, as squamous cell carcinoma can spread to the tissues, bones and lymph nodes.

Melanoma may only account for roughly 1-percent of skin cancer occurrences, but it is still the one to be blamed for the vast majority of the world’s skin cancer deaths. The risk of developing melanoma increases with age and is 20-percent more common in whites when compared to diagnoses rates in African Americans and Hispanics.

Most cases of melanoma are caused by exposure to the sun and successful treatment is critically dependant on early detection and diagnosis. Melanoma can develop within an already existing mole that is dark, or a “different looking spot” on the skin. Unfortunately, unlike some of the other cancers on this list, it’s also harder to spot.

To help, the American Academy of Dermatology offers up a helpful guide on their website. Make checking for skin cancer a priority by periodically checking moles and applying sun lotion on a daily basis.

We covered the most common types, including basal cell carcinoma, squamous cell carcinoma and melanoma. While you’re here though, we might as well skim through some other, rarer forms.

Skin cancer is incredibly dangerous, and can be fatal if it’s discovered too late. Protect yourself by applying a lotion with a minimum SPF of 15 to areas of the skin that are exposed to the sun.

It’s also important to examine your body using a full length mirror, hand mirror, or eliciting help from your partner regularly. You should also check out this article on Foods That Fight Skin Cancer.