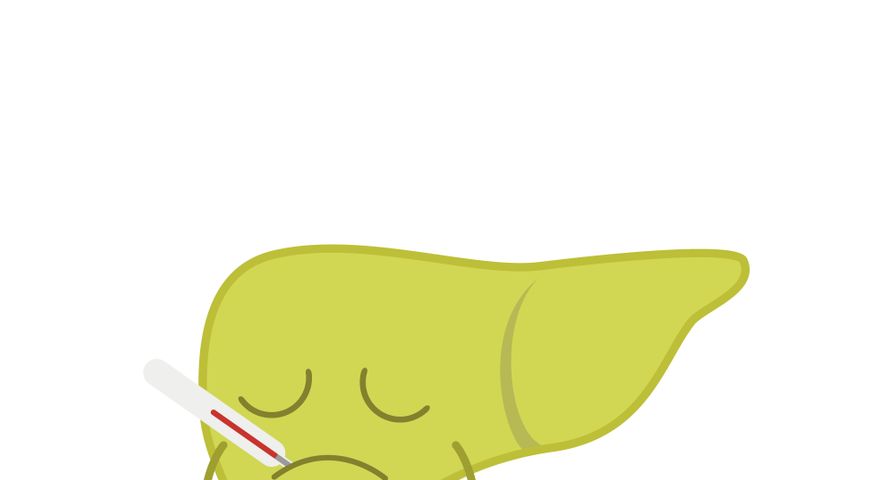 When it comes to cirrhosis of the liver, many people think it’s an “adult disease” first, because it’s commonly associated with alcoholism. However, cirrhosis is a term to describe severe scarring of the liver, which can be caused by a number of factors (other than drinking.)

This means children are not spared from the permanent damage that cirrhosis can cause, and the culprit is usually a genetic condition or disorder of the biliary system, according to Boston Children’s Hospital. Here are 12 things to know about liver cirrhosis in children…

As we said, cirrhosis isn’t just a drinker’s disease. It is the result of scarring from “long term damage,” notes Boston Children’s Hospital.  The source notes while the liver “has an amazing capacity to heal itself,” scar tissue can replace the usually smooth tissue surface of the organ.

“When this happens, blood cannot flow through the liver as easily and the liver cannot work as well,” according to the source. If unchecked, the scar tissue can continue to grow until it replaces the liver’s healthy tissue, “and the organ can actually start to shrink and take on a shrivelled appearance,” the source adds.

It Can Occur in Newborns

That’s right, you don’t have to be an adult with a progressive problem to wind up with cirrhosis of the liver. ParentingHealthyBabies.com explains newborn liver cirrhosis is a thing, and it has noticeable symptoms (at least to a doctor).

These symptoms include enlargement of the liver and spleen, jaundice, bruises or “bleeding lesions” on the face or torso, and in some cases, bleeding from what’s left of the umbilical cord.

The Children’s Hospital of Pittsburgh explains that often there are no symptoms early in the disease. When the symptoms surface, it means the liver is starting to fail or there’s portal hypertension (high blood pressure due to a blockage).

It explains that a child experiencing early signs may feel fatigued and weak, and there could be abdominal swelling that feels tender or painful. “Family may notice the person has a poor appetite or is losing weight,” adds the source.

As the scarring of the liver advances, so do the complications. The Children’s Hospital of Pittsburgh notes that the disease can block the flow of bile (a substance used in the digestion of fats), resulting in jaundice (yellowing of the skin and eyes) from the buildup of bile pigment called bilirubin.

This same bilirubin buildup can cause urine to appear especially dark. You may also notice your child bruises or sustains cuts easily, and it takes longer than expected to heal. Other progressive symptoms include reddened palms, “spidery looking blood vessels” around the belly button, tremors, itching, and vomiting blood.

Causes of Cirrhosis in Children

ParentingHealthyBabies.com notes the cause of cirrhosis in young people is not always known, which in medical terms is referred to as idiopathic. However, the most common causes of the disease in children are hepatitis B or C, which are viral infections that affect the liver.

The source says 40-percent of patients with cirrhosis have a chronic hepatitis C infection (spread through blood-to-blood contact), which can be determined through specific antibodies in the blood. It notes that 10-percent of patients with cirrhosis are found to have a chronic hepatitis B infection, which can be spread through blood and other bodily fluids.

Children’s Hospital of Pittsburgh explains that aside from hepatitis, there are inherited conditions that can lead to cirrhosis, including glycogen storage disease, tyrosinemia, Wilson disease, and even cystic fibrosis.

Wilson disease is described by medical sources as a rare condition that affects how the body metabolizes copper, an essential trace element. The disease itself can be fatal if left untreated. Tyrosinemia is the absence of a key enzyme to break down tyrosine, which the hospital says is an amino acid found in most proteins. “People with tyrosinemia can’t break down proteins, so the proteins build up in their bodies and become toxic,” adds the source. The liver is one of the organs impacted.

Meanwhile, children may have bile duct diseases as the root cause of cirrhosis. These diseases, according to Children’s Hospital of Pittsburgh, include biliary atresia, sclerosing cholangitis, congenital hepatic fibrosis, and choledochal cysts.

The source says biliary atresia is a disorder of the gastrointestinal system, in which the biliary system (ducts that drain bile into the small intestine) is “closed or absent.” This causes bile to get trapped in the liver, which can cause damage and eventually cirrhosis.

ParentingHealthyBabies.com adds that, in rare cases, “the lesions produced in the liver by a drug are so serious that they can lead to cirrhosis.” It says one of the drugs that can cause this is methotrexate, which is designed to treat some tumors but can trigger hepatitis.

It also says a drug called isoniazid (an antibiotic used in the treatment of tuberculosis) can be a possible culprit of cirrhosis, as can high doses of vitamin A. Meanwhile, the source says certain medications can be helpful in delaying the progression of cirrhosis in some cases or to help relieve the associated pain or fatigue of the disease.

Children’s Hospital of Pittsburgh explains that if a doctor suspects your child has cirrhosis of the liver, they will run tests to either confirm or rule out the diagnosis.

These tests may include blood tests to test the function of the liver, a CT, MRI, or ultrasound to see any changes in the liver, or a liver biopsy, which is the testing of a tissue sample from the liver extracted with a thin needle inserted into the organ. Don’t worry, a local anesthetic is used to numb the pain during the biopsy (but there can be discomfort afterwards).

The same source explains cirrhosis cannot be cured or reversed in most cases, and treatment focuses on the root cause of the cirrhosis and prevention of further damage.

The doctor may prescribe drugs to target the underlying medical causes, while other medications can help relieve symptoms. “If the complications of cirrhosis can no longer be controlled or if the liver is in danger of no longer functioning, a liver transplant is often the best option,” states the source.

There are some realities you and your child should prepare for in the case of cirrhosis. Boston Children’s Hospital says that certain medications and even vitamin supplements may have a more intense effect, as the liver can’t break them down like a healthy liver would.

Cirrhosis can also make it tough to maintain weight in the long-term, as well as achieve a “healthy nutritional status,” and cirrhosis can be “an additional risk factor” for surgery or other medical problems.

While many of the root causes of cirrhosis in children are not preventable, Children’s Hospital of Pittsburgh says there are “precautions” that can help protect the liver. These include ensuring your child gets all the immunizations (including hepatitis vaccines) recommended by a doctor.

It also says that any medications that have liver damage as a possible side effect should be monitored closely through blood tests. If your child already has cirrhosis, a “balanced nutritional intake” is recommended to slow progression and prevent further complications. Your child may need extra calories in their diet to develop and maintain their weight. Proteins and salts may be limited by a doctor, as may consumption of seafood.