The Most Common Symptoms Leading Up to Appendicitis 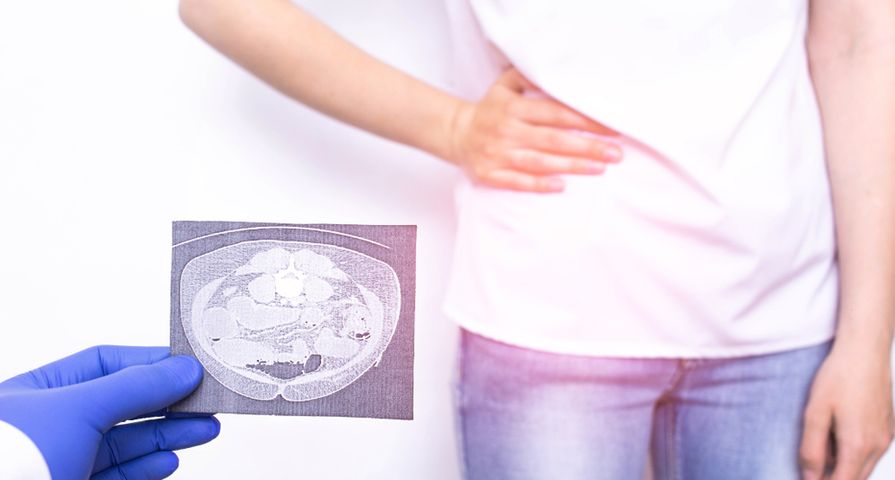 While many medical professionals claim the appendix is a “vestigial organ” without function, immunology researchers at North Carolina’s Duke University Medical Center explain that the appendix may benefit the human digestive system by contributing “good” bacteria that aids digestion in the gut.

Appendicitis occurs when the appendix (a narrow tube-shaped pouch at the end of the large intestine) becomes blocked (by faeces or infection) and painfully inflamed. The key is the surgical removal of the organ before it bursts, which can lead to a fatal infection spreading throughout the abdomen.

The 11 most common symptoms leading up to appendicitis are…

The pain of appendicitis is typically constant, meaning it doesn’t come and go or resolves completely. It often causes patients to double over in pain and is typically described by patients as like being “jabbed with a knife.”

Gas vs. Appendicitis: Ways to Tell the Difference

In addition to intense abdominal pain, appendicitis can also cause flu-like symptoms, including achy muscles and fever.

The fever associated with appendicitis can be low grade, but it will almost always worsen as the illness progresses. This flu-like fever may be accompanied by nausea that intensifies and is unable to be ignored.

3. Cramps and Lower Back Pain

Not all appendicitis patients may experience sharp unbearable pain in the abdomen right away. In fact, many female patients compare the early pain to menstrual cramps.

Other patients describe the pain of early appendicitis as a dull pain felt in the lower back that gradually becomes more severe and unbearable.

Patients also compare the pain of early appendicitis to that of being constipated or feeling as if they have to pass gas but cannot. This can lead to abdominal pain that feels like cramping, which builds gradually over a period of time.

Many patients also mistake the early stages of appendicitis for an upset digestive system because it causes stomach cramps, gas, bloating, chills, nausea, and diarrhea. Health.com warns, “If you have mild diarrhea — especially if there is a lot of mucus in it — in addition to lower-right abdomen pain, see your doctor.”

All of the symptoms of appendicitis are uncomfortable and painful, and this one is no different! Soon after the abdominal pain begins, a wave of nausea will arise, which could also lead to vomiting.

Health.com notes that appendicitis might feel similar to the symptoms of a stomach bug. What starts out as simply not feeling well and a loss of appetite, quickly progresses into nausea and even vomiting. Keep an eye on whether the condition is improving or worsening to get a sense of whether these symptoms are a hint of something more serious.

Abdominal swelling is among what WebMD describes as one of the “classic symptoms” of appendicitis. Once the appendix is inflamed, the abdomen will also swell up and become extremely tender.

It’s important to remember there’s a difference between being bloated and having a swollen abdomen. A great way to test for abdominal pain/swelling is to push on the lower right part of your abdomen. If there is pain when the pressure is released, it could be appendicitis-related abdominal pain. Contact a doctor right away if this is experienced in addition to several other symptoms on this list, such as fever, nausea and/or vomiting, and flu-like symptoms.

If you’re feeling bloated and gassy after eating a bunch of junk food, it’s probably just a little bit of indigestion. But it’s a whole different story if this bloating lasts for several days and worsens instead of getting better.

If you’ve been bloated for a long period of time and are experiencing a lot of gas accompanied by abdominal pain or an inability to pass gas, it could be something a lot more serious than indigestion. You could be in the early stages of appendicitis.

People who suffer from appendicitis will experience a loss of appetite, mainly because of all the other uncomfortable symptoms such as bloating, nausea, constipation, and diarrhea.

Loss of appetite can also be a precursor of what’s to come nausea and vomiting. According to MedicineNet, people suffering from appendicitis often feel nausea because of an “intestinal obstruction from the expanding inflammatory mass or abscess rather than from local inflammation.”

Despite being near the end of the list, this symptom is actually one of the first signs of appendicitis. When it comes to appendicitis, most people think of a pain in the lower right abdomen, which makes sense because this is where the appendix is located.

But before it even gets to that point, the symptoms may begin as a dull pain near the belly button. It will later turn into a sharp more intense pain as it moves into the lower right abdomen. According to the Mayo Clinic, some people might experience this pain in different areas, particularly pregnant women or children.

People who are experiencing appendicitis don’t just suffer from constipation, their bladder joins in on the fun as well! While this isn’t the case for everyone, many people will experience painful urination or the inability to pass urine at all.

Positive Health Wellness lists a few reasons as to why this might happen. First and foremost, it’s most likely due to the infection and inflammation of the appendix. The source states, “It is possible there is a blockage somewhere that makes it hard for the kidneys to pass the waste to the bladder and leave the body.” Second, it could also mean the infection is spreading to the bladder.

If you suspect you have appendicitis, go to the hospital immediately. As appendicitis pain progresses, it indicates that bacteria and inflammation is multiplying, and the blockage in the lining of the appendix is swelling with pus.

Eventually the appendix can rupture in the abdomen (peritonitis) or cause a abscess to form, which will need to be drained before the appendix is surgically removed.