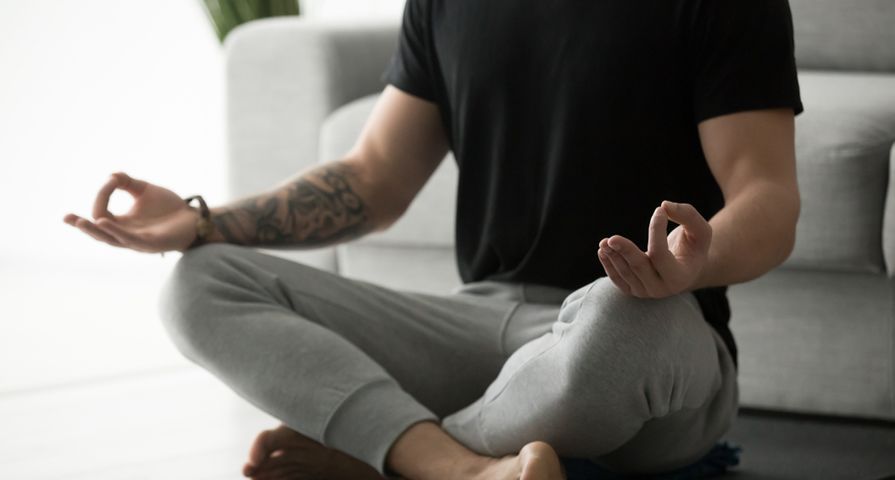 Depression is more than feeling sad. Clinical depression is a mood disorder that affects both mental and physical health. The cause of depression can be genetic, caused by a stressful event, or could have no specific reason. There are a number of different types of depression, including major depression, dysthymia, postpartum depression, premenstrual dysphoric disorder, and seasonal affective disorder.

For those with any form of depression, there are some easy natural remedies you can try. If you choose to use a supplement, talk to your doctor to insure it will not cause a bad interaction with any other medication you are currently on.

Here are 15 natural remedies that you can try for treating depression.

Exercise releases dopamine, which floods the brain with positive emotions. Dopamine can help fight stress, anxiety, and depression. It can be hard to force yourself to exercise, but once you get going, you should feel great. Just get started and you’ll see how therapeutic it can be!

Yoga teaches not only stretching techniques, but how to connect to your whole body. Some yoga instructors specialize in teaching classes for people with mood disorders. Let your yoga instructor know that you suffer from depression and they can help you with specific moves.

People with depression can have difficulty falling asleep, or they may sleep too much. Improper sleeping habits can lead to worsening depression symptoms, so it’s important to get a proper sleep schedule quickly. Light up alarm clocks are a good way to wake up naturally. There are many over the counter sleep aids, but talk to your doctor first.

Alcohol is a natural depressant, so take this out of your diet right away. Alcohol consumption can be the sole cause of depression. If you think alcohol might be the cause of your depression, talk to your doctor and seek treatment through group therapy sessions.

SAMe, also known as S-Adenosyl Methionine, is a chemical found naturally in the body. It creates chemicals that reduce pain, depression, and sadness. It can be found over the counter or by prescription. It can improve the mood so much that it can cause mania, so don’t use this medication if you have bipolar disorder.

Diet can play a huge role in our mental well being and emotions. Stay away from junk food and foods high in sugar. They can give you a sugar crash after eating them, which can make you feel even worse. Try eating whole foods which digest slowly, balancing blood sugar. A good tip is to only eat foods that don’t have mascots.

Meditation can have a big impact on depression. You don’t have to sit in a lotus position to experience meditation. If you’re having trouble falling asleep, try meditating in bed. Focus on your breathing and wipe all thoughts from your mind. You should fall into a peaceful state.

One of the hardest things to do when you’re depressed is to have fun. You might start avoiding events just because you think you won’t have fun at them. It’s very important to still get out and try to experience the events you used to enjoy.

Small responsibilities are important for depressed individuals. Big ones can be overwhelming, so start small with things like walking the dog or start writing a blog. Don’t force yourself to do something, because you will resent it. Make the action enjoyable and a fun activity.

The benefits of St. John’s wort are similar to mild antidepressant medication. It is used to treat mild depression and would have a negligible effect with major depression. It can effect your current medications, so ask your doctor if it’s right for you.

Certain vitamin deficiencies can cause depression. If your diet is not varied, consider taking a multivitamin. It’s a great idea to talk to your doctor and get your full blood work done. Then your doctor will be able to see if there is a specific deficiency that you should know about.

Set little goals for yourself to accomplish. These can be as simple as wake up and make breakfast before noon. Write your goals down and give them a time line. Make sure they are easily achievable. Give yourself a reward at each goal completed.

Routines are important for people with depression. Keep it soft and flexible, but make sure you get everything done in a day that you aim to. Wake up at a similar time, eat at normal hours, and get to bed at your normal hour.  Also be sure to add in time to do something new so that you don’t get into a rut.

If you have depression, a great benefit can come from the people around you. Confide your feelings in a supportive family member or friend. If you don’t  have someone close to you, then attend group therapy sessions for people with depression. Ask your doctor for information on when and where they take place.

Looking for more articles on Depression? Check these out: