Benefits of Cinnamon Tea For Your Health 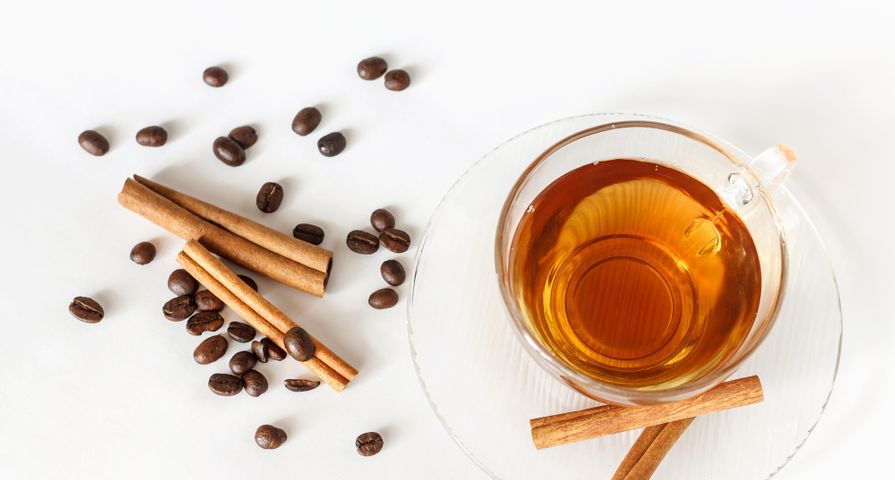 You might be surprised at all the health benefits of cinnamon tea! It’s the signature flavor of your favorite breakfast cereal, latte, and marinade. It’s also played a central role in the international spice trade for about as long as that has existed too. But, even in the face of the fact that cinnamon has been bought, sold, and consumed for about as long as humans have been buying, selling and consuming things, we’re still learning about how darn healthy it really is.

Harvested from the inner bark of a variety of genus Cinnamomum tree species, cinnamon is delicious, versatile and a tent-pole of most nutrient-dense diets. So, what are the incredible health benefits of cinnamon tea? And how would cinnamon greenhorn even know how to brew a cup? Let’s take a look at the science behind this powerful spice, shall we?

Antioxidants are natural substances that may delay some types of cell damage, combat those dastardly free radicals, and in turn protect against diabetes, cancer and heart disease. It’s safe to say that increasing your consumption of antioxidants is a good idea, but how can one do that exactly?

Cinnamon tea, obviously. This study shows just how efficient cinnamon can be as a naturally occurring delivery mechanism for antioxidants, placing cinnamon in the top three antioxidant-rich spices behind only oregano and cloves.

Inflammation, and finding new ways to combat against it, is all the rage. It’s easy to understand why that is when looking down the laundry list of symptoms and long-term complications that can arise when left unchecked. Asthma, tuberculosis, sinusitis, rheumatoid arthritis, active hepatitis, and cancer have all been connected to it in the past. Thankfully there are just as many ways that you can lower inflammation at home, too.

Cinnamon is a proven anti-inflammatory with some studies suggesting that a daily dose of just 120 mg per day could show a marked reduction in inflammation and all of the benefits associated that.

Diabetics have to turn to medication in order to manage the entry of sugar in to their bloodstream. Though a daily dose of cinnamon tea is no true match for a shot of the hormone that regulates glucose in the blood, the science has shown a similar (albeit muted) effect. This study even showed that cinnamon could play a practical role in fighting resistance in patients with type 2 diabetes.

Maintaining a healthy level of glucose in your blood is important even if you don’t have diabetes. High blood sugar has been linked to heart disease, dementia, cancer, and obesity. What’s more, maintaining healthy blood sugar levels can help you stay energized longer, burn fat, control your appetite, reduce your risk of chronic disease and boost your brain function.

The world is full of bacteria and you interact with it every single day. A lot of it is relatively harmless. But some of the bacteria you interact with is decidedly dangerous. For instance, staphylococcus, salmonella and E. Coli bacteria can wreak havoc on a human’s immune system and could even lead to death.

It’s safe to assume that protecting you and your family from these microscopic intruders will take a lot more than a nightly dose of cinnamon tea, but that’s not to say that this delicious spice can’t be another tool in your health and wellness toolbox. Cinnamon is a proven enemy to bacteria, fungi, and mold.

Menstrual symptoms can be debilitating to say the least, leaving a lot of women no few options apart from calling in sick and weathering the excoriatingly painful storm at home. Those women will try just about anything to curb their monthly woes. So, why not try cinnamon tea?

May Lower Risk of Heart Disease

The world could use more cinnamon tea. Heart disease is the leading cause of death for men, women and most ethnic groups in the United States, claiming the life of one person every 36 seconds.

Eating a tablespoon of cinnamon isn’t going to outright protect you against ever having to deal with heart disease again, but the data should give anyone interested in upping their heart health pause.

It’s been shown to positively impact the balance between good and bad cholesterol in humans, and early animal tests have reported a reduction in blood pressure. Not bad for a grocery item that’s usually found next to the chocolate chips!

May Protect Against Cancer

Cancer is a plague on the modern healthcare system, so it’s always encouraging to see and hear new potential protections against this pervasive disease.

Cinnamon certainly isn’t new, but the data touting its cancer-fighting qualities is still in its infancy. It’s been quite the debut though.

Test tube and animal studies have observed the impact that cinnamon extract has on cancer. Similar studies have shown that cinnamon empowers an antioxidant response in human colon cells too. There’s more research to be done, but the early numbers are encouraging to say the least!

May Protect Against Alzheimer’s

Test tube and animal studies have also uncovered an encouraging link between cinnamon consumption and the preservation of brain function.

It’s early, but the science is encouraging. It suggests that cinnamon may shield the brain from Alzheimer’s disease and even improve the motor function of those suffering from Parkinson’s disease. Move over pumpkin pie, we’ve found a better use for this pantry staple.

How to Make It

All the recipe requires is a pot, a stovetop and a few sticks of cinnamon. Simply add a cinnamon stick to 1 ½-cups of water and slow boil it for 15 to 20 minutes. Looking for more flavor? Add a tea bag, chopped ginger, honey, or stevia to your taste and relish in all of the amazing health benefits that this timeless brew has to offer.