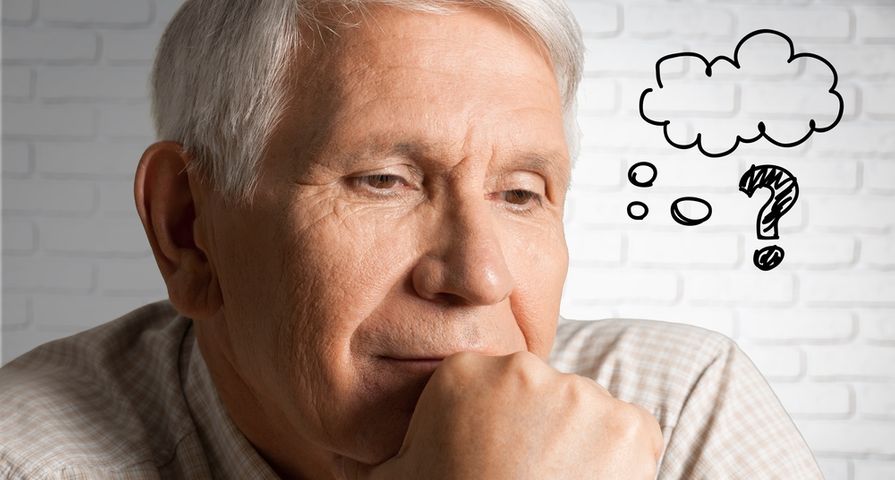 Conditions Often Confused with Alzheimer's Disease
We’re all forgetful at times, regardless of our age and mental health. However, as we age, our risk of dementia increases, and by the age of 85 almost 35-percent of those in your age group will be afflicted with this degenerative disorder (dementia) that causes gradually and worsening memory loss and mental skills.

If a loved one shows the following 15 early warning signs of dementia, book an appointment to see a doctor immediately…

Mild cognitive impairment (or as doctors refer to it, MCI) explains memory loss that is more pronounced than typical age-related forgetfulness. MCI will cause an inability to recall short-term memory (or recent events), such as what you did yesterday or last week. However, a sudden strong ability to remember specific events from the past will occur.

Difficulty with coordination and motor function will occur as the condition progresses and can take years, but it occurs when you lose the physical ability to perform routine tasks (i.e., go to the washroom, drive to the grocery store, or operate the stove) and need 24-hour care for your own safety.

In a research study published by the U.S. National Institutes of Health, researchers found that age-related cognitive and motor decline may share a common causation, meaning that the reach of Alzheimer’s disease may represent the “tip of the iceberg” of cognitive and motor dysfunction currently dubbed “normal aging” in older persons without Alzheimer’s disease and dementia.

Problems with disorientation, for example, getting lost on a routine trip to the same doctor’s office you’ve been going to for years is an early sign of Alzheimer’s disease or dementia. For instance, an individual with Alzheimer’s disease suffers the death of the nerve cells very gradually, over a period of years, which causes them to struggle with thinking, decision-making and memory. This makes dementia confusing and scary and often causes them to withdraw from normal day-to-day life.

For example, this may cause a sufferer to become confused or even lost when out on their own and may not be able to remember where they are, how they got there, or how and where to return home. They may gradually start to forget familiar people, places, facts, what day it is, year it is, or what time of the day it is.

Many families who have a relative with Alzheimer’s almost always admit that the behavioral and psychiatric changes are the most challenging and disturbing aspect of the disease. In the early stages, Alzheimer’s sufferers commonly become anxious, depressed, and irritable due to confusion and fear. In the later stages, Alzheimer’s sufferers can suffer with paranoia and emotional distress that shows in physical or verbal outbursts, destructive behavior, abusive behavior, delusions, and even hallucinations.

Among the behavioral and psychiatric symptoms of Alzheimer’s, paranoia is one of the most disturbing. Behavior that’s characterized as paranoid and suspicious (particularly of others in cases where the patient has the aid of a caregiver or lives in a facility) may spur from feelings that they are losing control.

Patients with Alzheimer’s can become so delusional and suspicious of those around them that they become accusatory and charge caregivers, doctors, and co-residents of theft, infidelity, and lying. As a caregiver or relative, these accusations can be extremely hurtful, which is why it’s vital to keep in mind that the disease is causing this action.

Difficulty with planning and organizing is a common early warning sign of dementia. For instance, an elderly person may suddenly have difficulty planning their grocery shopping or finding their glasses that they always put in the same location. Although the exact cause of Alzheimer’s isn’t totally clear, the disease damages and kills brain cells, leading to fewer cells and fewer healthy brain connections among surviving cells.

The deterioration of brain cells causes significant brain shrinkage in the patient that can only be determined after death, during an autopsy. However, plaques (or clumps of protein form on the brain) cause the destruction of brain cells by disrupting cell-to-cell communication, and tangles disrupt the nutrient transport to healthy brain tissues. Alzheimer’s disease is also suspected to develop due to a variety of environmental, genetic, and lifestyle factors that ultimately affect the brain.

Agitation may be triggered by a variety of things, for instance, environmental factors, frustration over the inability to carry out simple tasks or to communicate clearly, fatigue, or fear as “control” (i.e., driver’s license or home) is suddenly taken away. Those stricken with Alzheimer’s are usually the first to notice that there’s an issue.

However, it will be gradual. You may first notice you have difficulty remembering dates, times, details, and thoughts. However, when you notice that these changes are also noticed by friends, coworkers, and family members, it can lead to embarrassment, anger, agitation, and eventually lashing out and social withdrawal.

A delusion is characterized by believing in false things (i.e., people, memories, details, and events). However, hallucinations are different. When suffering a hallucination, an individual has a false perception. This can be a false perception of an event, object, or person that’s sensory in nature, meaning patients with Alzheimer’s can actually feel, hear, see, taste, and smell things that don’t really exist.

It’s common for dementia patients to suddenly become sexual without awareness that their actions are inappropriate, for instance, removing clothing, exposing oneself in public, or touching and saying tasteless things to strangers and caregivers. This inappropriate sexual behavior can be embarrassing and even frightening for loved ones and caregivers.

These inappropriate and often aggressive sexual behaviors are part of the disease. For instance, a patient may become sexually disinhibited as damage becomes more severe in the brain’s frontal and temporal lobes, which is the area that manages control responses.

This could be as simple as an inability to reason or a more drastic decline in cognitive functions, such as thinking, learning, reading and retaining information, problem solving, language and speech. Clinical researchers at the New York University School of Medicine’s Silberstein Aging and Dementia Research Center point out that not all individuals experience the same rate of cognitive decline. For instance, many in the early stages of dementia show no memory loss or decrease in decision-making abilities.

However, cognitive decline can enter in the mid and later stages of the disease, resulting in trouble with memory, performance of mundane daily tasks, losing objects, the inability to use the right word, forgetting names or people, and trouble with planning, remembering dates, and organizational skills.

Apathy is another common warning sign of dementia, as it tends to occur early on. When a person experiences this symptom they may lose interest in things they previously enjoyed, such as hobbies or favorite activities.

Those who are close to them, such as friends and family, may also notice that they have become withdrawn. This is also due to apathy and a loss of interest in being social. They can become largely uncommunicative, and when they do engage with others, they can come across as emotionally flat.

As dementia progresses, those affected tend to be easily distracted and have trouble focusing, which makes it increasingly harder for them to concentrate for any length of time.

This not only affects their ability to learn and memorize new information but also can make it difficult for them to follow along with storylines on TV shows and movies or those being told to them by another person. Healthline adds that they may also “forget the meanings of words they hear or struggle to follow along with conversations,” whether on TV or in real life.

Dementia can make doing complex tasks far more difficult than they previously would have been. And multitasking may be even more challenging, as cognitive decline requires that the brain focuses on one thing at a time.

Abstract thinking is also problematic for people with dementia. For instance, they may have trouble understanding the numbers on a calculator or balancing a checkbook. Dementia Australia says, they “could forget completely what the numbers are and what needs to be done with them.”

Because a person’s memory and concentration are both affected by dementia, so too is their judgment. One way that this may be noticeable is in their choice of clothing with respect to the weather, such as “wearing light clothing on a cold day,” says the Alzheimer Society of Canada.

The source adds that “not recognizing a medical problem that needs attention” is another indication of impaired judgment, as is making poor decisions when driving. These are examples of decisions that not only endanger themselves but also other drivers and pedestrians.

Those with dementia, especially Alzheimer’s disease, may find that they develop problems sleeping. Although the Alzheimer’s Association says it’s not entirely clear why these problems occur, it’s believed that “sleep changes somehow result from the impact of Alzheimer’s on the brain.”

Common sleep changes or disturbances that occur with Alzheimer’s disease include difficulty sleeping, where individuals “wake up more often and stay awake longer during the night,” as well as shifts in the sleep cycle. For instance, they may feel very tired during the day, which they remedy by napping, but then when it’s time for bed at night they aren’t tired and just lay there wide awake, thus perpetuating the cycle. 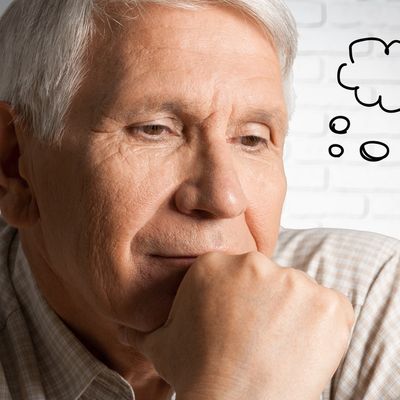