Asthma vs. COPD: How to Tell the Difference 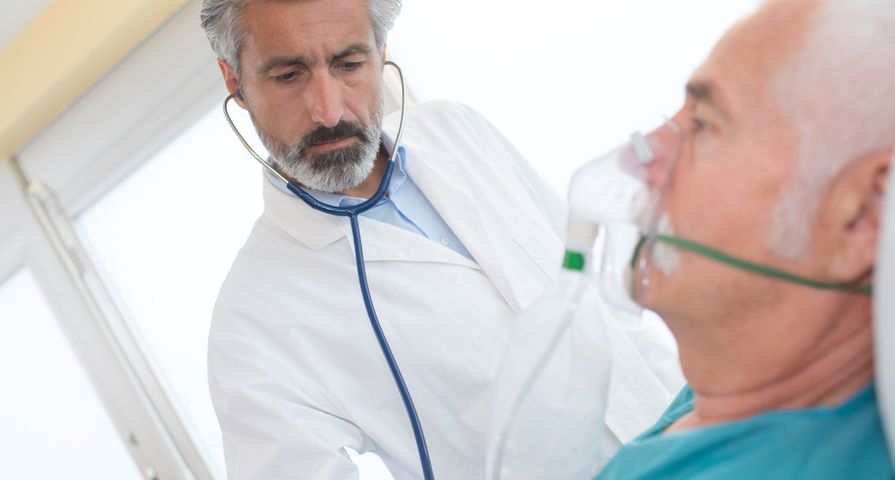 Asthma and chronic obstructive pulmonary disease (COPD) are often mistaken for one another. It’s easy to understand why, as they’re both respiratory conditions that can cause symptoms such as coughing, wheezing, and shortness of breath.

But asthma and COPD are actually very different diseases, and understanding what distinguishes one from the other is crucial in coming to a correct diagnosis and effective treatment. Here are six differentiating characteristics to be mindful of.

According to Healthline, the age of a person when the disease presents itself is “often the distinguishing feature between COPD and asthma,” as they are quite different.

With asthma, the source says people are commonly diagnosed as children. While the onset of COPD tends to be in “adults over the age of 40 who are current or former smokers.”

With COPD, however, Everyday Health says the cause “is much more clear-cut.” Smoking is far and away the primary reason people develop the disease, and is “attributed to about 85 to 90-percent of all COPD deaths.” The source adds that exposure to air pollution, certain chemicals, and secondhand smoke can also be responsible, as can a genetic defect known as alpha-1 antitrypsin deficiency (AAT), but only in approximately 2- to 3-percent of diagnoses.

As mentioned earlier, asthma is often triggered by exposure to certain substances, like pollen, dust, mold, and smoke. The Lung Institute adds that cold air and physical exercise may also worsen asthma symptoms.

With COPD, the source says symptoms are often triggered by “respiratory tract infections like pneumonia and influenza.” In some cases, however, Medical News Today says “People with COPD may have symptoms when they are active or at rest, without a known trigger.”

While the symptoms of asthma and COPD—such as coughing, wheezing, and shortness of breath—may seem very similar, there are subtle differences. For instance, a chronic cough in people with COPD tends to produce a lot more mucus and phlegm than those with asthma would experience.

Additionally, in those with asthma MedicineNet.com says “breathing can return to normal between attacks,” but with COPD, it typically does not. COPD symptoms also tend to worsen over time, which is less common with asthma.

Although the medications—such as bronchodilators and inhaled steroids—used to treat asthma and COPD are similar, the treatments and therapies prescribed for each is different. Everyday Health says those with asthma “are encouraged to avoid their personal triggers, like keeping pets out of their home or avoiding the outdoors when triggers like tree pollen are high.” They may also opt for a procedure called bronchial thermoplasty, where muscles in the airway are burned off to reduce constriction.

While the source says people with COPD are also told to avoid triggers, it is more important that they stop smoking (if they haven’t already) in order to “help prevent further damage to the lungs.” In addition to this, prescribed medications, therapies and treatments for people with COPD include oxygen and pulmonary rehabilitation, or lung volume reduction surgeries and lung transplants in serious cases.

While neither asthma nor COPD are considered curable conditions, Healthline says their outlooks are quite different. The source says, “asthma tends to be more easily controlled on a daily basis” [through proper diagnosis and treatment].

COPD, however, is a progressive condition, meaning the symptoms typically get worse over time. But, quitting smoking, reducing exposure to triggers, and adhering to a physician-prescribed treatment plan can help to reduce symptoms and slow the progression of disease.