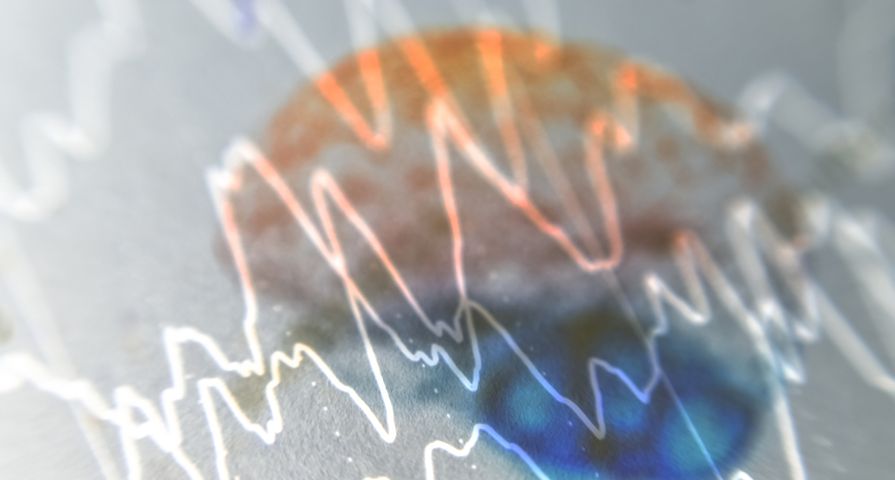 In the wake of a seizure, it’s often difficult to pinpoint the cause. After all, seizures are rather unpredictable and can be triggered by multiple uncontrollable factors. However, if you can nail down a common factor, you may be able to avoid it and control the quantity and severity of your seizures.

Whether it’s intentionally or unintentionally, missing or changing a medication can be a serious seizure trigger. This includes adding a new prescription drug or ceasing to take a supplement. Both can trigger seizures and should be done gradually and under the strict guidance of a doctor. People who are epileptic often take medication to help avoid seizures, so when they miss their daily dosage, it can provoke not only more frequent seizures but also seizures that are more intense, says Epilepsy Foundation.

Your sleep and wake cycles can also influence a seizure, especially when you are sleep deprived. According to Epilepsy Action, feeling tired or a lack of sleep are the two most common causes of seizures in epilepsy patients. The source also notes that most people experience their first seizure after pulling an all-nighter, possibly in college as a young adult.

“Sleep can affect seizures in many different ways. During normal sleep-wake cycles, changes in the brain’s electrical and hormonal activity occur. These changes can be related to why some people have more seizures during sleep than others, and why not getting enough sleep can trigger seizures,” says Epilepsy Foundation. Of course, there are many people who suffer from epilepsy who don’t experience any correlation between sleep and their seizures.

Hormonal fluctuations can bring on seizures as well. This factor is extremely risky for women who are experiencing drastic hormonal changes due to pregnancy, menstruation, or going through menopause.

Excessive use of drugs or alcohol can trigger a seizure. This often occurs when a frequent drug or alcohol user is binging or going through withdrawal from drinking or drug use. According to a 2004 study in the journal American Family Physician, an estimated 2-million people go through alcohol withdrawal each year. “People can develop a tolerance to (or dependence on) alcohol, and the wiring in their brains can reflect that,” wrote Health.com. “So when some people quit cold turkey, it leaves their brains in a new, altered state that can set them up for a seizure, usually within 48-hours of their last drink,” adds the source.

Emotional stressors are another trigger for seizures. Oftentimes, seizures occur when an individual experiences extreme worry, anxiety, or even anger. Epilepsysupport.ca notes that essentially any overstimulation in terms of emotion has the ability to “lower the person’s resistance to seizures by affecting sleeping or eating habits.” This includes being emotionally upset and even feeling excited.

Health.com notes that seizures triggered by stress look similar to epileptic seizures, because they exhibit the same symptoms numbness, confusion, and convulsions, just to name a few. The major difference is in the brain electrical activity.

A well-balanced diet consisting of regular meals is important to those prone to seizures. Patients often trace the onset of an attack back to a missed meal or plummeting blood sugar, or glucose, following physical exertion without eating. Low blood sugar (known clinically as hypoglycemia) can cause seizures, because the brain is extremely dependent upon glucose. When glucose levels drop too low, the brain has trouble functioning, which puts the body at risk for a seizure. This trigger is extremely important for people with diabetes or hypoglycemia.

Currently, there is little evidence that any vitamins or amino acids can help treat seizures, or that a lack of any particular vitamin will result in a seizure, but that doesn’t mean we shouldn’t throw caution to the wind! According to Epilepsy.com, the only vitamin deficiency that has been known to trigger seizures is B6, also known as pyridoxine. This vitamin is commonly found in food sources and deficiencies usually occur in newborns and children, resulting in hard to control seizures.

Several medical studies link seizures to environmental stimuli, particularly bright or flashing lights. This is commonly referred to as “photosensitive epilepsy.” According to the Epilepsy Society, this type of epilepsy isn’t common, but can be diagnosed with a test that measures the electrical activity in your brain, which is clinically referred to as an electroencephalogram (EEG). In the case of “reflex epilepsy,” a seizure will respond like a direct reflex to a photosensitive source (i.e., blinking lights). This doesn’t just include strobe lights. Fast changing lights or quickly changing colors on a television or film screen can just as easily cause a seizure in anyone with photosensitivity.

A rare trigger and form of epilepsy is musicogenic epilepsy, in which seizures are induced by music. The Epilepsy Society says this trigger affects only 1 in 10,000,000 people, but there is a potential it may be slightly greater. Generally, listening to music would be the cause of the trigger, but playing, thinking, or dreaming of music can also trigger seizures. For certain people, certain genres such as jazz, choral, classical, or pop music will trigger a seizure. In contrast, the Epilepsy Society also notes that, for some individuals, specific musical patterns actually assist in controlling seizures. This phenomenon is called the “Mozart Effect.”

10. Fevers Or Other Illnesses

As if being sick isn’t terrible enough, if you’re not careful, it could trigger a seizure. Epilepsy.com suggests this is because an infection or illness, such as a head cold or sinus infection, are associated with a change in seizures. If not for the bacteria or virus causing the seizure, seizures related to the illness could be caused by fevers, dehydration (where individuals cannot take their seizure medication), or simply the shear stress of being sick.

Stress is a common trigger for seizures, but as Epilepsy Action notes, it’s unclear exactly why. What is known is that people who have conditions such as epilepsy have noted that if they are under stress or in a stressful situation, they are more likely to experience a seizure.

The source also notes that, for many people, stress is a stepping stone for other unhealthy habits, such as drinking more alcohol, getting less sleep, eating unhealthily and feeling anxious or depressed. Not surprisingly, these are all additional factors that can cause seizures which might explain why stress is a common trigger.

Epilepsy Action also lists monthly periods as a common trigger. Obviously, this is only a trigger for women. There have been instances where women suffering from epilepsy have noted they are more likely to experience a seizure at certain times during their menstrual cycle.

“You might have more seizures than usual at certain times in your menstrual cycle. This could be at the start of your period, around the middle of your cycle (when you ovulate), or in the week before your period. When changes in the hormones that control your menstrual cycle cause you to have more seizures, it’s called catamenial epilepsy. Some professionals call catamenial epilepsy cyclical epilepsy,” says Epilepsy Action.

According to the Epilepsy Foundation, some seizures can be triggered by certain food types. While it’s possible, it’s incredibly rare. If someone notices that they are prone to having seizures while eating a certain type of food, they should check with their health care provider to make sure there’s not a medical condition contributing to the problem, such as food sensitivities.

We’ve all been warned at least once before about heatstroke, and it turns out there’s good reason for it! Heatstroke is a common trigger for seizures, even for people who aren’t prone to having seizures. Health.com notes, “In that kind of heat (and under that kind of exertion), people can have trouble cooling themselves down. Once your internal thermostat reaches about 104-degrees Fahrenheit, you risk damaging your organs, including your brain.”

“The brain doesn’t function as well at higher temperatures,” said Vikram Rao, MD, PhD, an assistant professor of neurology at the University of California, San Francisco to Health.com. Once the brain’s function is impacted by the heat illness, it can misfire and trigger a seizure.