Home » Your Health » Common Symptoms of Anemia: Are You Anemic?

Common Symptoms of Anemia: Are You Anemic? 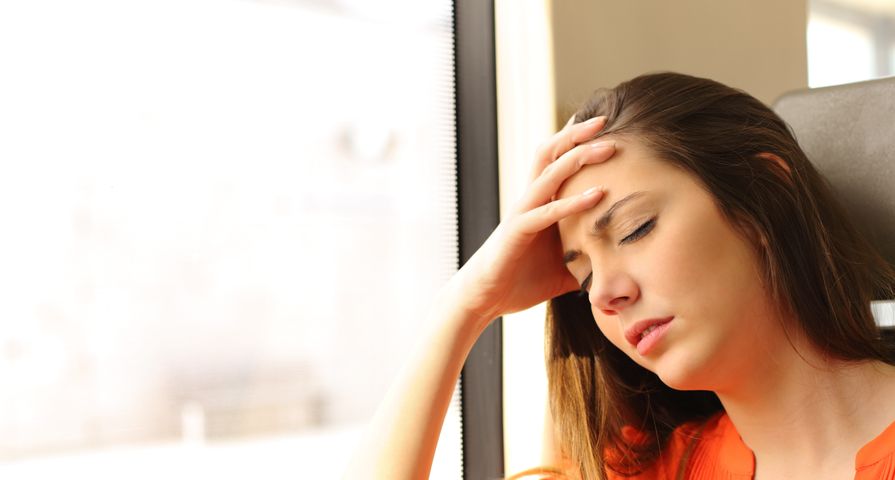 Are you anemic? The signs and symptoms of this common blood disorder vary widely depending on the root cause of your anemia, but there are several warning signs that, when treated early enough, can drastically speed up the treatment process.

Eight common symptoms of anemia are…

Fatigue is a very common symptom of anemia. In fact, it’s often one of the very first signs of a health problem, with folks experiencing an unexplained loss of energy and booking an appointment with their doctor for that very reason.

According to the Mayo Clinic, some anemias, such as iron deficiency anemia or vitamin B12 deficiency, will cause extreme fatigue due to low hemoglobin. However, fatigue can often be the result of many other health issues (i.e., internal bleeding). Taking a multivitamin with iron or eating high-iron foods (i.e., red meat) may increase iron levels, helping to resolve anemia.

Symptoms and Causes of Porphyria

According to research from the National Heart Lung and Blood Institute (NHLBI), anemia is taxing on the cardiovascular system (and heart) because the body requires iron to produce hemoglobin, an essential substance that transports oxygen from the lungs to the various tissues and organs. This means that if iron is low oxygen delivery suffers and organ function as well.

Decreased oxygen delivery to the tissues and organs will dramatically affect the cardiovascular system and its related tissues. Patients with anemia produce a drastically decreased number of red blood cells, which don’t contain adequate hemoglobin for blood oxygen transport. Lack of oxygenated blood will result in extreme fatigue because of inadequate oxygen delivery by the cardiovascular system and, over the long term, eventual damage to the body’s organs (i.e., brain and heart).

3. Headache and Shortness of Breath, Specifically with Exercising

In addition to feelings of extreme fatigue and muscle weakness due to lack of oxygen rich blood, anemia is also likely to cause headache, lightheadedness, and shortness of breath, particularly if you stand up suddenly or following physical exertion. For those with severe anemia, the body’s tissues and organs lack the adequate blood and oxygen to function efficiently. Over the long term, the body’s cells will start to die off, a condition known as ischemia.

Those with severe anemia or sickle cell anemia may experience severe ischemia due to blocked blood flow, particularly in the extremities (i.e., feet) and may eventually require foot amputation. For anemic patients, the most common symptoms are usually fatigue and shortness of breath. This makes it difficult to keep up usual energy levels and activities and can have very negative effects on daily life.

Dizziness, or a feeling of sudden lightheadedness is often related to early stage anemia and is often a symptom that prompts that first doctor’s visit. Dizziness can be related to disturbances of the brain, vision issues, disorders of the inner ear (vertigo), and even the gastrointestinal system. However, for those with anemia, which is characterized by low red blood cell count or hemoglobin, dizziness is also fairly common.

Anemia results in the lowered or blocked production of red blood cells and/or hemoglobin, which is responsible for blood oxygen transport to essential tissues and organ. When oxygen blood levels decrease, the body will show signs of unexplained fatigue, muscle weakness, increased heart rate, pale skin, shortness of breath, and dizziness or lightheadedness. Seizures and convulsions may even occur.

Pale skin is another common sign of anemia. This pale complexion, or pallor, will often indicate decreased blood flow or a lower production of red blood cells. A sudden pale complexion should be brought to the attention of your doctor immediately, particularly if its an indication of anemia, a blood condition characterized by reduced production of red blood cells (and hemoglobin).

Pale skin is less common in patients with acute anemia, which often occurs with blood loss (i.e., injury, surgery, or internal bleeding). Chronic (or gradual) anemia is much more common and results when the body doesn’t produce (or the body destroys) adequate red blood cell. Chronic anemia can develop due to a series of health conditions, such as hypothyroidism (underactive thyroid), chronic kidney failure, and bone cancer.

Mildly anemic patients may experience innocent seeming leg cramps following walking, running, or standing for long periods. However, if the leg cramping is accompanied by other symptoms, such as shortness of breath, dizziness, extreme and unexplained fatigue, muscle weakness, and pale complexion, anemia may be present.

If you have trouble sleeping at night (insomnia), you may suffer from anemia. According to a 2008 Irish study entitled “Restless Legs Syndrome and Periodic Limb Movement Disorder in Children and Adolescents” published in the journal Seminars in Pediatric Nursing, insomnia and other sleep difficulties (i.e., restless leg syndrome) are prevalent in children and teens, as well as adults and seniors due to iron deficiency (or low iron stores).

Symptoms of Celiac Disease: Do You Have It?

When the body lacks these vital nutrients, anemia can occur. Even if the blood disorder is mild inadequate nutrients can cause the body to basically power down slowly. Mood may deteriorate, with patients feeling extreme irritability or moodiness. Energy levels will wane unexpectedly, causing extreme and unexplained fatigue. And the ability to focus, make decisions, and concentrate may completely decline.

Looking for related information? Check out these articles: