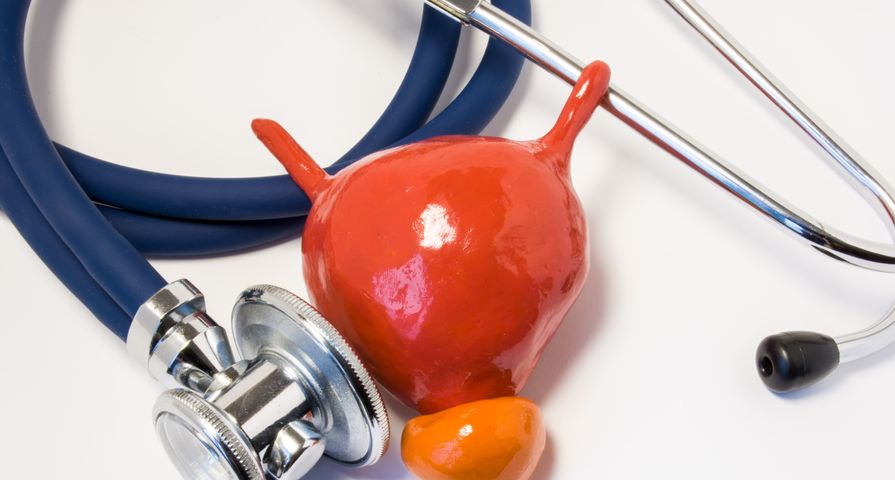 Interstitial Cystitis (IC), also known as bladder pain syndrome, is more prevalent than previously thought, at least according to research posted on the U.S. National Library of Medicine.

According to the results sampled from a managed care population in the Pacific Northwest, the prevalence of diagnosed IC was as high as 197-per 100,000-women and 41-per 100,000-men. Let’s take a closer look at 13-ways this condition affects patients, and what to do about it…

The Interstitial Cystitis Association defines IC as a bladder condition that consists of many symptoms, including pain in the pelvic region.

The source notes there are actually 3-types of IC, including 2-subtypes – ulcerative and non-ulcerative. About 90-percent of IC patients have the latter form, which is characterized by “pinpoint hemorrhages, also known as glomerulations, in the bladder wall,” it adds.

As we noted, there’s more to this condition than just pain in the pelvis, and the symptoms can vary from patient to patient and change over time, explains the Mayo Clinic.

That being said, the main telltale symptoms of IC include pain in the pelvis, a persistent urge to urinate (with small amounts of urine passing up to 60-times a day), and pain during sexual activity, adds the source. The symptoms may mimic a urinary tract infection, but there’s usually no infection involved, it says.

3. Causes of the Condition

WebMD says it’s “not clear why it happens,” although it presents a number of theories about how some people develop IC. One idea is that problems with the bladder tissue make it more susceptible to urine irritating it.

Other theories include inflammation causing the body to release certain chemicals that cause the symptoms; a particular substance in the urine damaging the bladder; a nerve problem that causes pain in the bladder you normally wouldn’t feel; or an autoimmune disorder that causes your body to attack the bladder, it adds.

Your gender plays a role in the level of risk of developing IC, and the previous study we mentioned shows that more men than previously through develop the condition. However, the Mayo Clinic says in some cases, what’s thought to be IC in men is actually inflammation of the prostate.

Other risk factors include having fair skin and red hair; being 30-years of age or older; or having another chronic pain disorder (such as irritable bowel syndrome or fibromyalgia), says the clinic.

5. When to Visit a Doctor

If you have a bit of pelvic pain that disappears, then you might be in the clear. However, any persistent pain in the pelvis or changes to the patterns of your urination should warrant a visit to your GP, explains the NHS in the UK.

From there, your doctor can try to diagnose the problem (which we’ll get to next) or refer you to a specialist. Knowing what you’re dealing with is important for a proper course of treatment.

6. How to Pinpoint the Problem

Harvard Medical School says that because IC is not an infection of the urinary tract, doctors can’t diagnose it with a simple urine analysis. Because of that, it becomes a “diagnosis of exclusion,” notes the source.

A medical professional will only be able to diagnose IC after ruling other conditions out. They will conduct a medical history, a medical exam (including a pelvic exam), and then check for infection, kidney stones, bladder stones, STDs, and other conditions that could cause pain in the lower region. Frequency of urination and volume of urine is also a big clue for doctors. In some cases, a tissue sample is taken during a cystoscopy to rule out bladder cancer, it adds.

The ulcers often associated with IC are called Hunner’s ulcers or Hunner’s lesions, notes the Interstitial Cystitis Association. These aren’t the same as usual ulcers, and are defined as “distinctive areas of inflammation on the bladder wall,” notes the source.

Even though the source says this is a “classic” form of IC, only about 5 to 10-percent of IC cases actually have these ulcers present, it adds. The ulcers can cause more severe symptoms than in patients without ulcers, it explains.

Some other health problems are more frequent in IC patients than the rest of the population, explains the Association of Reproductive Health Professionals (ARHP).

Among those conditions is pelvic floor dysfunction, which itself can cause strained urination and lower back pain. Meanwhile, other conditions associated with IC include allergies, sensitive skin, irritable bowel syndrome, fibromyalgia, and colitis/Crohn’s disease, it adds.

It’s important to note that while IC can closely resemble the pain and discomfort of a urinary tract infection, the causes are different and therefore it should be treated differently.

WellnessMama.com says that some people may mistake IC for a UTI and try drinking cranberry juice, which is a popular home remedy for the latter issue. However, this can cause a flare-up of IC as the juice is acidic and can lead to inflammation of the bladder, it adds.

Learning what causes your IC to be at its worst can help you avoid some discomfort and pain. The Interstitial Cystitis Association suggests it can be something in your diet causing a flare-up, and that drinking water can help by diluting your urine.

Meanwhile, what you’re wearing can be the culprit – panty hose, tight jeans, and slimming undergarments can all be offenders, it explains. Intimacy is also a trigger, so taking pain relievers prior to intercourse can be helpful, it adds.

There are a number of possible complications associated with IC, as outlined by Healthline.com. For example, it can lead to lowered bladder capacity due to the “stiffening of the bladder wall,” it notes.

It can also cause barriers to intimacy because of the associated pain, and cause lowered self-esteem. Sleep disturbances, anxiety and depression may also arise from having the condition, it adds.

WellnessMama.com says that heat and cold therapy are among the most effective ways to soothe the discomfort from an IC flare-up. Hot or cold may work better individually in some cases, and better as a combination in other cases, it adds.

It suggests placing a heating pad or hot water bottle over the abdomen when the bladder is “in spasm” to relax the muscles and bladder wall. If there is urethra burning, then using a frozen water bottle (with a barrier) against that area provides a good amount of relief while reducing inflammation. Don’t apply the hot or cold for too long; try alternative or removing them every 20-minutes, suggests the source.

Aside from the home remedies we already mentioned, you can also ask your doctor about other methods to help control IC. The Mayo Clinic says working with a physical therapist is a good way to relieve the pelvic pain and address “abnormalities” in the pelvic floor.

Meanwhile, there are oral medications that may provide relief, including ibuprofen, tricyclic antidepressants (such as Tofranil), antihistamines, and Pentosan polysulfate sodium (Elmiron), notes the source. Beyond that, there are nerve stimulation techniques and bladder distention (stretching the bladder with water) that could help. Some surgeries are reserved for patients whose other treatments have all failed.