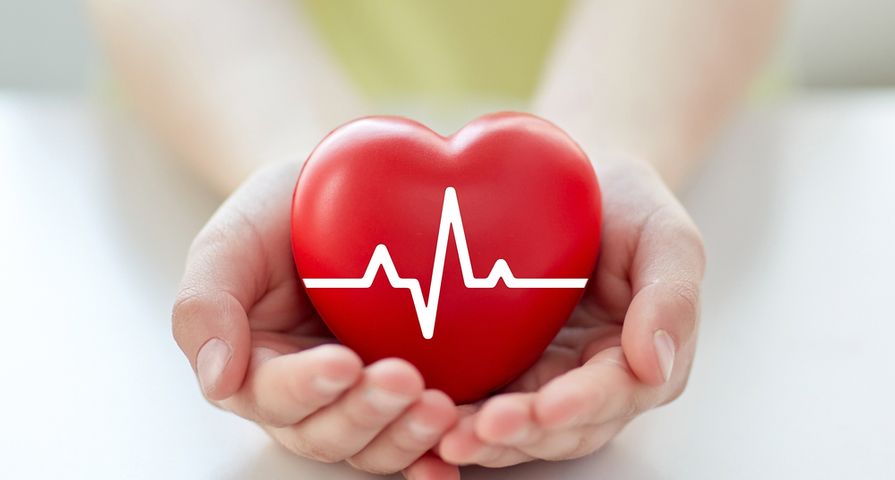 When we see a heart attack (referred to clinically as a myocardial infarction [MI]) depicted in films, it’s usually a very obvious pain in the chest that has the victim clutching at their chest. However, an actual heart attack can leave a little more to mystery.

Recognizing that you’re suffering a heart attack early can help you get the medical help you need to limit the damage. Here are 13 more subtle signs that could indicate you’re either having a heart attack or one may be on the way…

Starting From the Back

Your first symptoms of a heart attack may not be in your chest. It could originate from your back, notes the American Heart Association. Women in particular are more likely to experience this particular warning sign.

“Some women experiencing a heart attack describe upper back pressure that feels like squeezing or a rope being tied around them,” says the source.

Feeling in it The Jaw

HealthCentral.com warns that jaw pain can be a sign of a serious heart condition, including a heart attack. However, jaw pain with no other symptoms is usually considered temporomandibular joint (TMJ) dysfunction from misalignment of the teeth or another problem, especially if you only experience the pain when moving your jaw.

However, pain associated with a heart attack can manifest as jaw pain that is present even when you’re not chewing or talking. Be aware that jaw/teeth pain can also be a sign of sinus infection or neuralgia (nerve pain), so it’s important for a doctor to sort it out.

Sure, if you’ve just run down the stairs, it’s normal to take a moment to catch your breath. However, if you’re walking normally and finding it tough to breathe properly, there’s a bigger problem at play.

Healthline.com explains that breathing and your heart’s pumping ability are “very closely related.” If your heart can’t pump properly due to a malfunction, you can feel short of breath. In women, shortness of breath is more commonly accompanied by unusual fatigue in the event of a heart attack.

WebMD lists nausea and indigestion as being linked to a heart attack in some cases. The nausea may lead to vomiting during the attack. Again, women seem to be more susceptible to presenting with this symptom.

The site reminds you that upset stomach can be from a variety of reasons, so don’t make yourself sick with worry for nothing. However, it adds that if you’re at higher risk for a heart attack, and have other symptoms, then a call to your doctor may be in order.

A heart attack can affect you psychologically and physically. A site called io9.com explains that a “sense of impending doom” is actually a medical symptom that shouldn’t be ignored because your body is trying to tell you something.

While people who suffer from anxiety and other mental disorders may have this feeling more often, it’s sometimes not related to emotions. “A sense of impending doom is a symptom of anything from cardiac arrest to a jellyfish sting,” explains the source.

While heartburn doesn’t actually have anything to do with the heart (it’s typically caused by the backflow of stomach acid into the esophagus) it can apparently be related to a heart attack, or at least has overlapping symptoms, says the Mayo Clinic.

“Heartburn, angina, and heart attack may feel very much alike,” it notes, adding if you end up in the emergency room (ER) due to chest pain, the first thing the medical team will do is run tests to rule out a heart attack (e.g., an electrocardiogram [ECG] and blood tests). If you’re not sure if your persistent chest pain is just heartburn, don’t hesitate to call 911, says the clinic.

While you may think the words “heart attack” always mean doom and gloom, sometimes they can be less damaging than you think (but just as concerning). University Health News says heart attacks can actually be mild or major, but both should be taken seriously.

Whether it’s a minor or major heart attack is actually judged by the extent of damage to the heart muscle and not the amount of pain involved. “Mild heart attack symptoms can resemble those of a more serious heart attack,” adds the source. Either way, you should seek medical attention.

GoRedForWomen.org notes that someone experiencing a heart attack may have minimal symptoms, and in some cases, no symptoms at all. The source refers to this as a “silent heart attack,” which is medically known as silent ischemia.

The source notes that studies suggest these types of symptomless heart attacks are more common in women, who are more likely to experience atypical symptoms rather than full-blown chest pain and other classic signs. However, the risk factors for a silent heart attack are similar to those for a traditional full-blown heart attack and high blood pressure, high cholesterol, family history, obesity, and age, it adds.

Sweating Around the Clock

If you find yourself sweating at all hours, and it’s not from the temperature, spicy food, or vigorous exercise, you may be experiencing a symptom of heart problems, notes Heathline.com.

“Pumping blood through clogged arteries takes more effort from your heart, so your body sweats more to try to keep your body temperature down during the extra exertion,” explains the source. If you have cold sweats or clammy skin, you should call a doctor. Women are more likely to experience night sweats from heart trouble and can sometimes mistake it for menopause, adds Healthline.

Taking the Flu to Heart

Women’s Health magazine details experiences of women who believed they had a mild case of the flu, but were actually having a heart attack. In some cases, the women felt nausea, weakness, or even like they had a “bad cold,” says the source.

These confusing telltale signs of heart trouble can come and go for days, adds the source. In one case, the aches and fatigue a woman experienced (who happened to be training for a marathon) culminated in pain like a “knife being twisted between my shoulder blades,” which landed her in the ER.

Putting a Spin on Symptoms

HeartFailureMatters.com explains that dizziness and fainting could be associated with heart troubles. “Dizziness, especially when standing up too quickly, is an extremely common symptom for people with heart failure,” notes the source.

The dizziness can be caused by an abnormal heart rhythm due to the narrowing of a heart valve. Heart failure medications can also sometimes cause dizziness. However, some people experience a rapid drop in blood pressure when going from sitting to standing up too quickly, which is called postural hypotension (low blood pressure), it explains. Please let a doctor sort it out if it becomes a concern.

While the heart is in the chest, sometimes the pain of a heart problem can move higher (i.e., into the shoulders and even the throat). WebMD says that like jaw pain, it’s probably not serious if it’s presenting on its own, but it should be more concerning if it’s accompanied by pain or pressure in the chest.

“By itself, throat or jaw pain probably isn’t heart-related. More likely, it’s caused by a muscular issue, a cold, or a sinus problem,” says the source. However, that doesn’t mean those issues can’t be addressed by a doctor.

If routine activities are leaving you exhausted, you may want to consider the bigger picture. The American Heart Association explains if you’re struggling to complete your grocery shopping run or climb stairs, it could be traced to your heart underperforming.

In short, it means your heart isn’t pumping enough blood to meet the needs of your tissues. “The body diverts blood away from less vital organs, particularly muscles in the limbs, and sends it to the heart and brain,” adds the source. 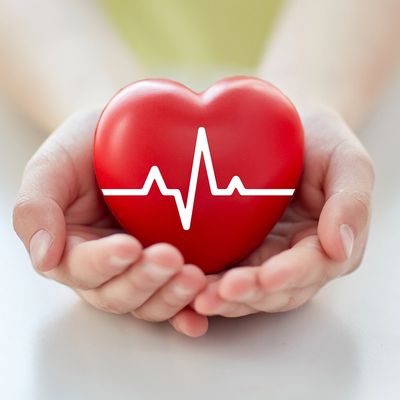