Your Eyes Are The Windows to Overall Health 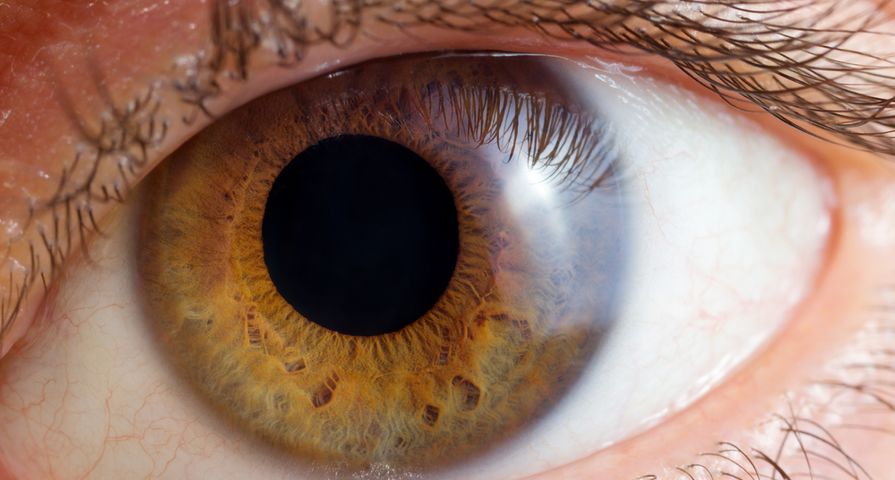 The American Optometric Association recommends a yearly eye exam for all adults. Do you know why? The eyes are literally windows to our overall health and wellness. Not only do they offer a bird’s eye view of basic vision health—gazing into your peepers presents a reflection of the arteries, nerves, and veins in the rest of the body, which can help the early diagnosis of many common health issues. For instance, via the eyes doctors and optometrists can diagnose glaucoma (increased pressure in the eye), as well as high blood pressure, chronic inflammation, thyroid issues, diabetes, central nervous systems disorders, and even mental health issues that can otherwise go unnoticed until it’s too late.

Surprisingly, 22-million Americans suffer with undiagnosed diabetes, according to 2014 statistics from the American Diabetes Association (ADA). However, oftentimes it’s an eye exam that pinpoints the disease.  The ADA says that when high blood sugar levels accumulate in blood vessels in the retina, proteins can leak into the macula (the area responsible for focus).

This explains why retinal damage and vision loss are so common among diabetic patients if oxygen and nutrients can’t reach the back of the eye.  Luckily, if you go to your yearly eye exam, an eye doctor can identify the problem and refer you to your family physician to help manage blood sugar levels and prevent permanent vision damage.

If you wake in the morning with bulging eyes, you may be suffering from a wonky thyroid gland. Graves Disease is an immune system disorder that causes hyperthyroidism—an overactive thyroid gland that produces an abundance of thyroid hormones—and damages the tissues and muscles in the eye socket.

Luckily, your eye doctor can witness this gradual eye damage and refer you to your family doctor for a proper Graves Disease diagnosis. Research from the National Endocrine and Metabolic Diseases Information Service (NEMDIS), a body of the National Institutes of Health, claims that female patients are up to 10 times more likely to develop Graves Disease, and associated vision complications, compared to male patients.

Yes, your eyes are definitely connected to your nervous system. A basic eye exam can provide a good view of your optic nerve—which sits just behind the eye and transmits visual cues to the brain (part of the central nervous system).

That’s why inflammation of the optic nerve (or optic neuritis) can indicate central nervous system issues and help diagnose multiple sclerosis (MS) in its early stages. In fact, according to the American Academy of Family Physicians (AAFP), 75-percent of MS patients are first diagnosed due to optic nerve inflammation—which causes blurred vision and eye pain in roughly one quarter of individuals with MS.

If you suffer from allergic rhinitis you might already be dealing with the characteristic sinus congestion, dark circles, puffy eyes, and swelling of the nasal passages. However, those dark circles (a result of blood pooling under the eye) are the foremost sign of your sensitive immune system.

Allergic rhinitis occurs when an allergen (i.e., pollen, dust, pet hair, chemicals, or pet dander) is inhaled by anyone with a sensitive immune system. The allergen triggers the production of immunoglobulin E (IgE), an antibody that binds to mast cells and causes the release of histamine. Hence the sneezing, itchy, watery eyes, dark circles, increased mucous, and swelling of the eyes and nasal passages.

Not only are your eyes the windows to your soul—but according to research published in the Journal of Abnormal Psychology, they also provide an assessment of your mental wellbeing. The study monitored the eye movements of a group of individuals when presented with negative visual stimuli (i.e., photos of sad faces or tragic scenes in the newspaper).

Findings showed that depressed individuals gazed longer and took significantly longer to avert their eyes from the negative stimuli compared to counterparts with no history of mental illness. The study, conducted by psychiatrists and psychologists from the University of Pittsburgh, Northwestern University, and Columbia University, note that individuals with manic depression, anxiety, schizophrenia, and bipolar disorder use alternative gazing patterns compared to those with good mental health.

Swelling of the eye can indicate inflammation in other areas of the body. According to National Eye Institute (NEI), the presence of blood shot, painful and puffy eyes when you’ve had zero alcohol and adequate shut eye is a prime indicator of uveitis–inflammation (which is the inflammation of the uvea or mid-layer of the eye consisting of the iris, ciliary body, and choroid).

For instance, rheumatoid arthritis, psoriasis, and Crohn’s Disease often show signs first and foremost in the eyes. In fact, research from the American Family Physician claims that approximately 25-percent of patients with rheumatoid arthritis have ocular manifestations (i.e., uveitis-inflammation and damaged eye tissues).

High blood pressure (or hypertension) might be dubbed the “silent killer” if it progresses into heart disease. However, despite of the lack of auditory cues—the condition has a few visible indications that can be seen by your optometrist. For instance, spikes in blood pressure can show up in the eyes, reflected in alternations in the retina’s complex network of blood vessels.

Visible signs of high blood pressure can be seen in the narrowing or swelling of this blood network, indicating an issue with blood vessels servicing larger organs—such as the kidneys, brain, or heart. Research published in the Journal of the American Medical Association indicates that retinal changes are associated with an elevated risk of heart failure.