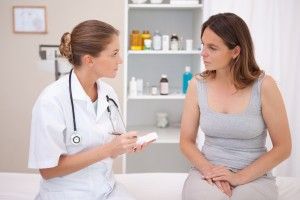 For many years, women have been encouraged by their doctors to have annual Pap tests to screen for cervical cancer but new guidelines released by the American College of Obstetricians and Gynecologists reveals that the wait time can actually be three to five years between tests.

“Women can feel very comfortable with this,” said David Chelmow, head of obstetrics and gynecology at Virginia Commonwealth University and leader of the development of the ACOG guidelines. “The bottom line is, this is enough.”

The new guidelines were put in place to give doctors and patients a better idea of proper testing and to avoid testing too often.

Cervical cancer is caused by prolonged infection with specific types of HPV. Women who are diagnosed with HPV will not necessarily develop cancer. According to doctors, there are over 100 strains of HPV and only some of them are linked to cervical cancer.

The FDA has approved vaccines for HPV but experts urge women over 30 years of age to get tested regardless of whether they’ve been given the vaccine. “They [women who’ve had the vaccine] should follow the same screening recommendations as everyone else,” Chelmow notes.

According to the CDC (Center for Disease Control and Prevention) 12,280 women in the United States were told they had cervical cancer in 2007 (the most recent year for which statistics are available) and 4,021 died from the disease.