Pregnancy A Benefit For Women With Bipolar Disorder? 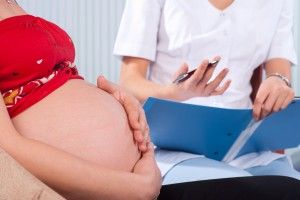 The lead author of a study funded by the Ontario Mental Health Foundation suggests that pregnancy could have a positive impact on women with bipolar disorder.

With his team, Verinder Sharma, a scientist with the Lawson Health Research Institute, performed a full review of the existing literature in order to understand what was known about bipolar disorder during pregnancy, and consider future directions for research.

A disease with symptoms that can include depression, hypomania and mania, bipolar disorder has been linked to suicide, infanticide and increased risk of psychiatric hospitalization during the postpartum period. It has long been generally accepted that bipolar disorder is most prevalent in young women of child-bearing age. Working from this premise, a few controversial studies have considered idea that pregnancy may have benefits in terms of controlling the disease.

While the findings of the team were somewhat mixed and contradictory, Sharma suggests pregnancy could have a positive impact on women with bipolar disorder. The team found that during pregnancy, bipolar II disorder was rare or in remission, and that women who had previously been diagnosed as bipolar had fewer and shorter episodes while pregnant. Pregnant women also had a lower risk than non-pregnant women of any of the other mood disorders.

Unfortunately, the use of mood stabilizer medications by patients with bipolar disorder has made the existing data somewhat problematic. Bipolar disorder patients are frequently misdiagnosed as having depression; when prescribed antidepressants as treatment, the medications often make the symptoms worse.

Sharma suggested that large, multicentre studies that consider the natural course of bipolar disorder should follow, so that scientists can consider “all the underlying factors” involved.