Common Myths and Misconceptions About Menopause 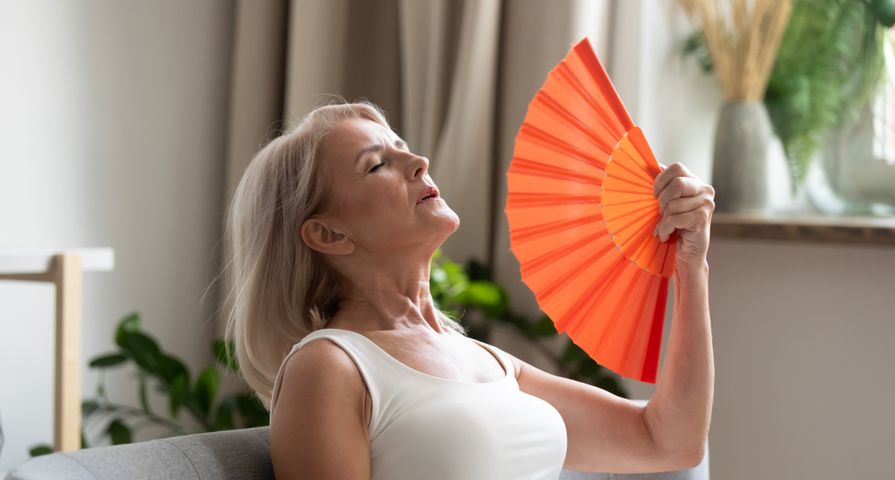 Facts To Know About Premature Menopause

Menopause is defined as the time a woman has her last menstrual period. Many women dread this stage of life because we’re led to believe menopause comes with hot flashes and other undesirable symptoms. But the fact is, there is a lot of misinformation circulating out there. This has led many of us to believe common myths about menopause that aren’t exactly true.

While there may be some less desirable symptoms that come with it, menopause should be a stage of life that is embraced, not dreaded. Not to mention, after spending decades with menstrual cramps and cravings, a life without a monthly menstrual period is something to look forward to. Now, let’s explore the common myths and misconceptions about menopause!

Hot flashes feel like sudden warmth in the upper body and are most intensely felt in the face, neck, and chest. Your skin may even turn red and some people even experience sweating. While many women (about 75-percent) will experience hot flashes, not all women will. It’s important to remember that menopause is not a one size fits all experience.

A common misconception about hot flashes is that they don’t last long. Some used to believe that they would go away after 6 to 24 months but that isn’t the case. Many women experience hot flashes and night sweats up to 7 years and in some cases, even over 11 years.

Hot flashes are also known as vasomotor symptoms. It feels like a sudden sensation of heat followed by flushing, perspiration, and in some cases, chills. If you experience hot flashes during sleep, that’s called night sweats and it’s often accompanied by drenching sweat! Thankfully, hot flashes are not a forever symptom.

The average age for menopause in the United States is 51. That said, menopause can happen to anyone in their 40s and 50s. Dr. Seacat says, “The average age of actual menopause is 51, but it all depends on genetics, lifestyle, smoking, etc. Some women enter menopause or perimenopause at an early age and some later.”

A woman isn’t officially in menopause until shes goes a full year without a menstrual period. Keep in mind, if you don’t have a period for nine months, but then have one in the tenth month you’ll still be in perimenopause and the clock will reset.

Myth: Menopause Only Lasts For A Year Or Two

There are three stages, perimenopause, menopause, and then post-menopause and symptoms last for far longer than most women expect. Perimenopausal symptoms start at different times for everyone but on average, they can last for about four years. Thankfully, the symptoms that are associated with this phase will gradually ease as your approach menopause and postmenopause.

Once you go an entire year without a menstruation cycle you have officially entered the postmenopausal stage. That said, once you enter postmenopause, your symptoms may continue for another four to five years but they do decrease in intensity and frequency.

Many women experience a bit of weight gain as they age which is partially caused by hormone shifts that slow the metabolism. That said, it isn’t unavoidable altogether. If you’d like to maintain your pre-menopausal weight you may want to try consuming 200 to 300 fewer calories than what you normally intake.

Furthermore, according to a 2018 study in the Journal of Clinical Endocrinology & Metabolism, some women can go through hormone therapy as a way to limit belly fat. It’s also important to step up your physical activity and get a good night’s rest every day to help prevent weight gain. Dr. Ross says, “Exercising regularly, eating a well-balanced diet, and getting plenty of rest is all important for controlling weight gain,”

Common Signs and Symptoms of Menopause

Myth: It’s Easy to Tell Once You Start Menopause

Considering perimenopause can last a few years, it can actually be quite difficult figuring out once you transitioned into menopause. This is because you can experience varying symptoms for years. Although, ultimately you’ll know you’ve officially reached menopause once you stop having a menstrual period for 12 consecutive months.

Further, it can be even more difficult for women who had had a hysterectomy to figure out once they have reached menopause. But thankfully, there are tests that can be performed to determine if someone is experiencing menopause.

Dr. Seacat, an OB/GYN practicing women’s health at INTEGRIS Health Edmond says, “There is a hormone level called Follicle Stimulating Hormone, or FSH, which can be checked to help decide if someone is in menopause or close,” FSH is a hormone that converses with your ovaries and when the hormone isn’t working anymore it’s level will increase.

Soy is a great source of many essential nutrients such as protein, fiber, vitamin C, vitamin K, iron, and so much more. Tofu, miso, edamame, and soymilk are all foods rich in soy and can be a part of a healthy diet. Some people think eating a lot of soy can ease menopausal symptoms due to its high concentration of isoflavones (a type of plant estrogen) but it isn’t true.

Phytoestrogen can demonstrate a similar function to human estrogen but with much weaker effects. According to Dr. Streicher, “Some people think eating a lot of soy can ease menopausal symptoms, but there’s no proof beyond a placebo effect…”

A woman’s estrogen levels begin to drop as they approach perimenopause. That said, not all women need to take hormones to make up for that. Dr. Seacat says, “…We do not automatically put women on hormone replacement (give them estrogen).”

Dr. Seacat goes on to explain that the main reason one would need to go on hormone replacement is if their symptoms (hot flashes and night sweats) are so bad that they’re interfering with their daily life. It’s also recommended that the hormones only be used to get you through the symptoms of menopause. As for the dose, that should be decided between the patient and the doctor.

Myth: It’s Too Late For Menopausal Women To Get Healthy

We’ve been told to lead a healthy lifestyle our whole lives but what if you’ve neglected that lifestyle? Is it too late for menopausal women to get healthy? The answer is certainly not.

Ann Steiner, MD, an obstetrician and gynecologist at Penn Medicine says, “Just like any important phase of your life, it’s very important to stay healthy,” While it’s always better to get healthy sooner rather than later, it’s never too late.

Dr. Steiner continued, “Take a good look at yourself and your health. If you’ve been thinking about losing weight, quitting smoking—now’s a good time.” Dr. Steiner also recommends taking care of your mental and emotional health, reducing your alcohol consumption, and getting plenty of vitamin D and calcium.

Estrogen is a hormone that protects bones and because estrogen levels drop once a woman reaches menopause, women can become more at risk for developing osteoporosis. That said, it isn’t an inevitable part of aging.

You are never too young, or too old to start taking care of your bones. There are a few lifestyle habits that can help protect your bones which will help to decrease your risk of getting osteoporosis. If you haven’t talked about your bone health with your health care professional, you may want to start asking some questions! You can also check out these lifestyle tips to prevent osteoporosis to start working on your bone health today!