Black Tea vs. Green Tea: Which is Healthier? 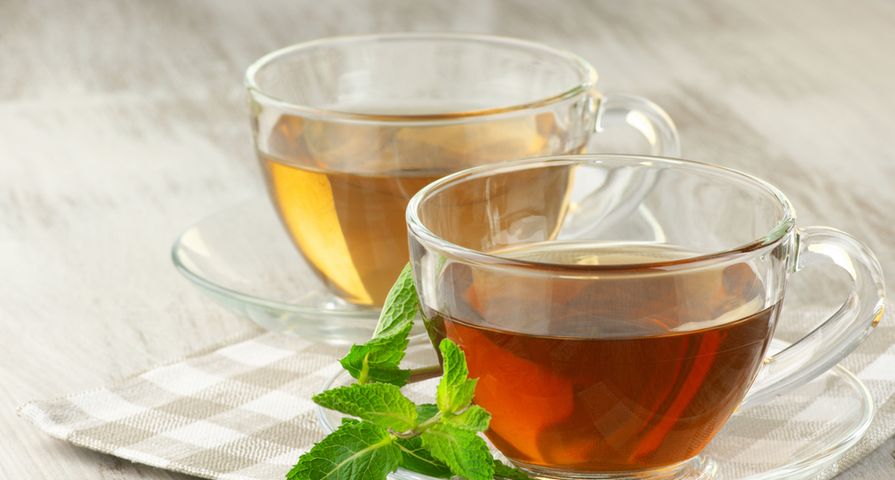 If you sip tea you’re already doing your body and health a great service. Tea is great in the mornings as part of your wake-up routine, or even the right tea can help calm nerves and aid in relaxing the body before bedtime. There has always been a debate between black tea and green tea and the health benefits of each. There is a lot of information to filter through when it comes to the different types of tea and their impact on your health.

But when it comes to deciphering which is healthier between black tea vs. green tea, let’s look to the experts to find out which brew offers the most nutritional benefits…

The Nutritional Value of Tea

When it comes to tea of all kinds, the showstoppers are the antioxidants within, particularly a specific type of antioxidant known as polyphenols. For those who don’t know, antioxidants are molecules that block the oxidation and production of free radicals.

Free radicals come from things like environmental pollution and cigarette smoke and damage DNA while also contributing to diseases, like cancer. But which tea—black or green delivers more killer antioxidant powers per sip?

While you might assume green tea contains more polyphenols (a certain type of antioxidant) compared to black tea, researchers at the Institute for Cancer Prevention in Valhalla, New York, say “not so fast.”

Green and black teas originate from the same tea plant—Camellia sinensis [pronounced like camellia sinensis] which means both green and black brews contain similar amounts of polyphenols that block DNA damage from tobacco and other environmental toxins at the same rate, according to lab studies.

However, studies from the National Cancer Institute indicate that as far as polyphenols go, green tea is the richer brew in an active and specific catechin, known as epigallocatechin-3-gallate (or EGCG).

Multiple studies tout the powers of green tea when it comes to protecting age-related memory loss. The NCI study also links green tea specifically to improved memory and the prevention of Alzheimer’s disease.

Black tea, on the other hand, while low in concentrations of EGCG, is richer in the polyphenols, thearubigins and theaflavins, which have been linked to reduced risk of high cholesterol, Diabetes, Parkinson’s disease, osteoporosis, and kidney stones.

According to the findings in a report from the National Institutes of Health, National Cancer Institute, consuming black tea, and not green tea, significantly reduces the overall risk of developing Parkinson’s disease.

Endless Health Benefits in Both Brews

While endless human and animal studies tell us the powerful antioxidants in black and green teas are extremely beneficial to our health, the proof is in the pot…in this case it’s a pot of tea!

In the end both brews still hunt down cell-damaging free radicals and ruthlessly purify the body. This is, in part, thanks to the rich polyphenol content in each brew, but also due to another antioxidant trifecta, known as the flavonoids—thearubigins, catechins, and epicatechins—that also lend a one, two, three punch to harmful free radical toxins.

Both black and green teas have been linked to significantly decreasing cancerous tumor growth, boosting metabolism to aid weight loss, improving skin and bone strength, and even to warding off chronic diseases, like stroke, heart disease, diabetes and Parkinson’s disease.

Green tea, for example, has been associated with reducing heart attack and stroke. In fact, research from the University of Maryland Medical Center found that folks who sipped 3 or more cups of green tea each day reduced their total risk of heart disease by lowering LDL (or bad) cholesterol and triglyceride levels.

Additional studies from the University of Maryland (U of M) also note that green tea, and green tea extract, significantly lowered the multiplication rate of cancer cells in the skin, stomach, esophagus, colon, lungs, bladder pancreas, ovaries, and breasts. For instance, the study conducted on males, indicated that men who drank green tea regularly increased their survival rates by 5-years compared to men who didn’t sip green tea.  Another U of M study on premenopausal women with early stage breast cancer, also found that green-tea-drinking of up to 5-cups per day slowed the spread of cancer and lowered rates of cancer return following treatment.

The Largest Tea-Drinking Countries Around the Globe

Black Tea for Energy and Metabolism

When it comes to caffeine content, the National Cancer Institute determines that the wake up call is more potent in black teas (about 64- to 112-milligrams of caffeine is present per 8-ounce serving) whereas green tea only contains about 24- to 39-milligrams per 8-ounce serving. As far as promoting energy, alertness, and weight loss, black tea earns major points thanks to research from WebMd, which pinpoints higher caffeine and higher content of a substance, called theophylline, both of which studies suggest accelerate heart rate, boost metabolism, and promote energy.

A Note on Caffeine…

If you’re concerned about caffeine intake, put decaf in your mug starting at midday. Decaf or full caffeine. Either way—if you reach for full caffeine or half caffeine—it won’t affect the flavonoid content.

However, if you have an existing condition or are taking prescribed medication, it’s always best to check with your healthcare provider as sipping large amounts of green or black tea with caffeine can cause lack of sleep, heart palpitations, irritability, and dizziness.