7 Ways to Re-Frame your Thinking 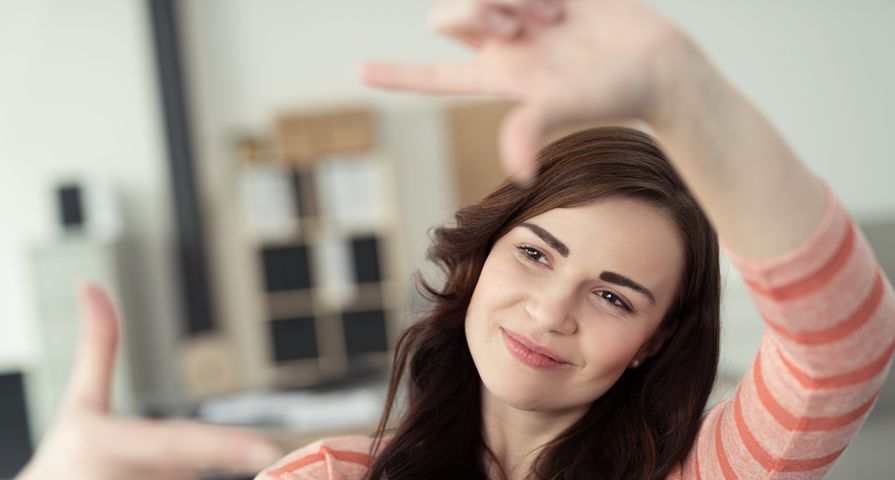 Everyone encounters obstacles in their lives, has “off” days or times where everything seems to be going wrong. Some people roll with the punches while others become immobilized or don’t get back up at all. This has to do with a person’s resiliency and attitude and the frame of reference they use in life. Those with a negative outlook attract more negativity, viewing obstacles as problems while those with a positive outlook envision more creative solutions to obstacles by seeing them as opportunities.

How you “frame” your thoughts will influence how you think, feel and behave.”RE-framing” negative thoughts can help you move forward in life, yielding positive consequences. Let’s take a closer look at how to ‘re-frame” your thinking…

People tend to use frames of reference in their day to day lives and when dealing with problems or obstacles. The first step is to become aware of your own limiting beliefs or negative thoughts. You need to pay attention to what you tell yourself when faced with a challenge. Examples of negative self-talk may include:  “it’s no use, why bother, it’s easy for them but not for me…”

This type of negativity is unhelpful and contributes to a downward spiral of thinking which can be extremely damaging in the long run. Awareness of this type of thinking is the first step. The next step is to become aware of alternative frames of reference which you can use on a daily basis to enhance your life.

Children don’t fill their minds with negative self-talk. They’re too busy exploring their world and learning. When a child learns to walk they go through several steps, including crawling, pulling themselves up on furniture and people’s legs, falling down, standing, falling down, taking a step and falling down again.

At this stage the child does not think, I’ve fallen so many times, I’m a complete failure, I’ll never learn to walk, I give up. They don’t think about it but just keep going until they get it. In contrast, adults are conditioned to see falling multiple times as ‘failure’ which can lead to giving up when one or two more attempts would have resulted in success. So next time you feel like giving up…Don’t. Instead, think like a child and just keep going until you get it.

This frame of reference encourages you to make sense of the world around you through the observation of patterns. Scientists, mathematicians and intellectuals are often proficient at viewing the cause and effect relationships evident in systemic patterns.

It’s a way of looking at the bigger picture to see how everything connects, why a smaller event occurred and what the likely ripple effect of that event will most likely be.

This frame allows you to take a look at the long term consequences your daily decisions may have on your future. You are looking at the consequences of your daily choices from different perspectives, weighing the pros and cons.

You are asking how a decision you make today will affect the rest of your life in the future. How will it affect you physically, spiritually, emotionally, and financially? For example, if you decide to go on a juice fast for five days how will it affect your health, relationships, and your scheduled business lunch?

This type of framing looks at specific problems and how to approach them from as many different angles as possible. What happens if you do nothing? If you eliminate the problem? What have you already tried? What has worked in the past? Has anything partially resolved your problem? Why is it a problem? Is it a problem exclusive to you or do others share this problem? What unexpected opportunities has dealing with this problem presented?

Sometimes when you look at an obstacle from different angles the solutions take your mind into different directions, some of which may open up exciting new opportunities for you.  For example, if you lose your job and are unable to find another, this may be the opportunity to start your own business.

This powerful mental frame is used when a person imagines they have already achieved their desired goal. Some refer to this as “faking it until you make it” or acting “as if” you have already succeeded. This helps you to feel, act and think differently about things in a more positive manner.

It allows you to defeat your limiting or negative beliefs and conversely, makes it easier to make better choices. You might ask yourself to pretend “as if” you had achieved your dream job, reached your goal weight or met your financial goals. Your imagination can be a powerful tool in your arsenal. If you can imagine it, you can achieve it.

This frame encourages you to take a look at the outcome or goals you wish to achieve. In order to do this you will have to take stock of the resources you have and make a detailed plan as to how to achieve your objectives.

By using this frame you eliminate failure as there are now only outcomes. If you have not achieved your desired outcome you will need to reassess and make changes in your daily decisions in order to maximize the chances of achieving your desired outcome.