Reasons Why Your Period is Late…Excluding Pregnancy 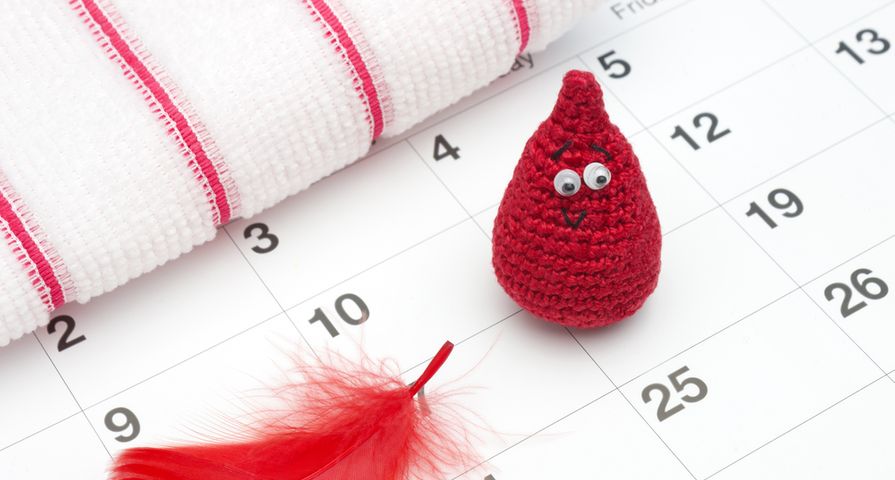 Oh no you’re late! If you’ve experienced the stress-inducing absence of your period, you might jump to the conclusion that you’re pregnant. However, health experts assure us that a late, missed, or totally absent period can indicate several other underlying health issues.

So aside from becoming stressed when you’re monthly period is late (causing even more delay)—emotional stress associated with your personal life or work can also delay the appearance of your monthly menstrual cycle.

According to gynecologists at New York’s Montefiore Medical Center, high levels of physical or mental stress can cause your period to be late, missed, or stop altogether. Luckily, once you banish the stressful situation from your life, your menstrual cycle should recommence as usual.

Doctors from the Palo Alto Medical Foundation, in California, tell teens not to panic if they miss a period of if their cycle isn’t regular.  In fact, for teenagers, it can take 2 or more years from the time you start menstruating for your cycle to completely regulate.

Teen bodies are in a state of change and maturation. And doctors assure that rapidly shifting and changing hormones will impact the menstrual cycle, resulting in irregularities.

Under or Overactive Thyroid

The thyroid gland is sort of like your body’s internal thermometer, regulating functions such as internal temperature and metabolism. An overactive (hyperthyroidism) or underactive thyroid (hypothyroidism) is one reason why your menstrual cycle could be wonky.

According to reproductive endocrinologists at Stamford Hospital in Stamford, Connecticut, too high or low hormone levels produced by the thyroid can cause late, missed, or irregular periods, and even menstrual spotting between cycles or menorrhagia, which is abnormally heavy or prolonged bleeding during periods.

Menstrual irregularity is very common as a woman begins the subtle transition into menopause, known as perimenopause. According to experts at the Mayo Clinic, perimenopause marks a time when ovulation becomes more unpredictable, which often leads to irregular flow (light or heavy), spotting, and skipped periods.

Doctors claim that a woman is in early perimenopause if her menstrual cycle changes length by 7 or more days. However, if the duration between periods is 60 or more days, she’s entered late perimenopause.

Changes and irregular periods are often the side effect of certain prescription medications, according to research from the University of Colorado School of Pharmacy. In fact, psychiatric medicines, like antidepressants, and certain cancer treatment drugs can cause delayed or shortened periods, menorrhagia (heavy or prolonged bleeding or amenorrhea (no menstruation).

Similarly, certain birth control devices, such as progestin-containing IUDs, can thin the uterine lining and cause irregular or missed periods – a side effect many women like and the reason they choose this type of birth control. Long term use of the birth control pill or a continuous birth control pill can produce a similar effect of missed periods which again is not harmful and, for many, desirable. If you suspect your medications are messing with your period, talk to your doctor.

WebMD cites amenorrhea (the absence of a menstrual cycle) as the dangerous side effect of over training. In fact, medical professionals consider the lack of a period in young female athletes as dangerous for several health reasons.

Excess exercise can impact your reproductive hormones. A missed period due to inadequate estrogen production, a hormone that prevents osteoporosis (or brittle bones), can leave bones prone to injuries, breaks, and fractures.

Research from the National Institutes of Health indicates that hypothalamic amenorrhea (or lack of a menstrual cycle) results when the brain’s hypothalamus ceases estrogen production, and the ovaries no longer release eggs. This condition can result due to weight loss associated with an illness, over training, or an eating disorder.