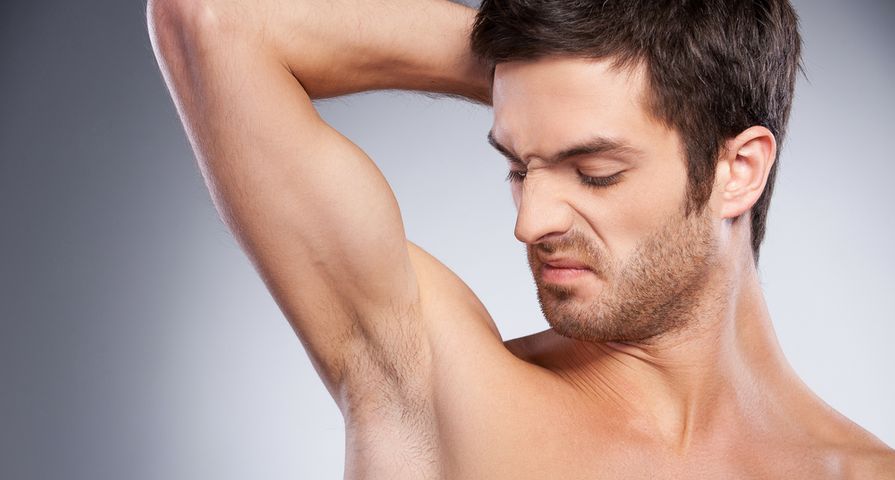 Sometimes bodily odor can just be a case of bad hygiene, but other times it can suggest a certain health issue coming on, according to Business Insider. The resource noted that “sickness does actually have a unique odor” and you can generally tell if someone is fighting an illness from his or her scent.

The smell is caused by an increased immune response in your body, though you may not be able to consciously recognize the smell yourself (as opposed to those around you). Business Insider also noted there are different smells for different health problems, from viruses to more serious diseases. Here are seven health issues that may be related to your scent…

According to a 2014 report in the Flavour and Fragrance Journal, an infectious disease called scrofula (classified as tuberculosis of the neck) emits a “fermentative odor similar to stale beer”. Scrofula affects the glands in the neck, which is especially common in children.

The condition is also called struma, and can be traced to unpasteurized milk from infected cows. So if your child smells a bit like they’ve been sneaking sips of your beer, you may want to get them checked over by a physician.

This type of fever (thriving in areas with high population and low sanitation) is usually visually identified by many red spots on the chest area, as well as trouble breathing. It is known as a life-threatening disease, meaning the quicker it is treated, the better. Left unattended it can also cause you to become delirious.

The televised science show, NOVA (on PBS), said that typhoid fever has a rather interesting smell that you probably wouldn’t link to someone who is very ill. And that odor is freshly baked brown bread. So if you smell like you just came out of the bakery, it could be something a lot less pleasant.

Yellow Fever is another is another very unpleasant virus, which is spread by mosquitoes and can cause loss of appetite and muscle pain among other unwanted symptoms. Yellow fever also has a distinct scent signature can make a person smell like a butcher shop, according to a 2014 article in LiveScience.

Yellow fever may not be as lethal as typhoid fever, but still kills thousands worldwide each year. If left untreated it can cause liver damage, which leads to the yellow skin it is named after. The Spanish call the fever vomito negro, because it can cause intestinal bleeding.

Pneumonia is a common respiratory illness (affecting close to a billion people per year) causing inflammation of the lungs, which can cause anything from coughing to breathing restrictions. In certain cases, you may be hospitalized for pneumonia if it progresses or is resistant to treatment.

The Flavour and Fragrance Journal notes that one of the bacteria strains that can cause pneumonia (Pseudomonas aeruginosa, if you were curious) can give off a “grape-like” odor. Experts say this strain can be resistant to antibiotics, forcing doctors to treat it based on an educated guess.

As one of the most widespread sexually transmitted diseases, gonorrhea has a distinct smell, according to LiveScience. Experts say it can affect the intensity of armpit stench, while a study noted in the LiveScience article explains that women smelling sweat samples of infected men said it was “putrid”. (If it’s any consolation, 10-percent of the female testers said it smelled “floral”.)

The LiveScience article said the smell from gonorrhea could be traced back to man’s evolutionary roots, and served as a way for females to (unconsciously) avoid a high-risk partner.

The Huffington Post notes in a 2013 article that body smell could mean you’re diabetic, causing a condition called diabetic ketoacidosis. Because of your body’s lack of insulin to process sugars, it starts to tap into fats for fuel.

This breaking down of fats leads to the prevalence of “ketones” in your body, which may produce a distinct odor (though no specific smell was identified). However, it’s probably better known that those at risk of a diabetic ketoacidosis coma have a sweet or fruity aroma to their breath, and need medical attention quickly.

Most of the time, your urine should be relatively clear and scentless, unless of course, your body is not able to process it properly. This can cause urine to be darker and have a strong ammonia smell, due to waste products building up in your body.

The Mayo Clinic adds that urine discoloration could be from a bladder/urinary tract infection, diabetic ketoacidosis, or gastrointestinal-bladder fistula (when the bladder and intestines aren’t connecting properly). Other causes of urine that smells like ammonia can be metabolic disorders (which can be treated with drugs), sexually transmitted diseases, or less serious problems like holding your pee too long or eating protein-rich foods.