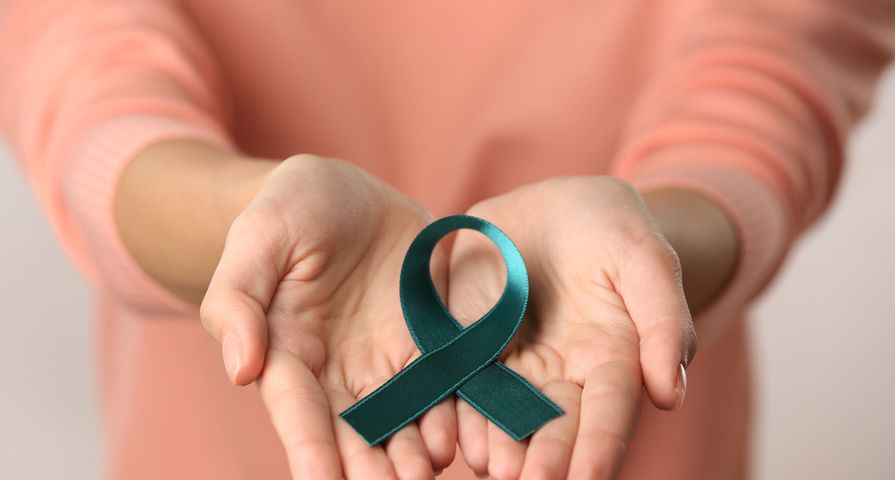 What to Expect Following a Hysterectomy

Ovarian cancer is a cancer that begins in the ovaries. Each ovary is about the size of an almond and is responsible for producing eggs, and hormones like estrogen and progesterone. According to the American Cancer Society, ovarian cancer ranks fifth in cancer deaths among women, making it the most prevalent causes of death than any other cancer of the female reproductive system.

Medical News Today claims that one in roughly 70 women will be diagnosed with ovarian cancer during her lifespan. And unlike breast cancer, approximately 85-percent of the females diagnosed receive a late-stage prognosis. Here are 10 common risk factors for ovarian cancer…

Current women smokers are 31- to 49-percent more likely to develop ovarian mucinous cancer compared to women who have never smoked in the past. Also, the length of smoking also matters a great deal.

The Eunice Kennedy Shriver National Institute of Child Health and Human Development claims that polycystic ovary syndrome (PCOS) can heighten the risk of certain cancers, including breast and ovarian cancer. In fact, there is a 2 to 3 fold increase risk for women with PCOS. This risk is more associated for women who are not obese and have no been on the birth control pill.

If you have been diagnosed with PCOS, or have a genetic predisposition to ovarian cancer, you should keep up on annual pelvic exams (i.e., pap smear) with your doctor to screen for ovarian cancer.

Research from the Mayo Clinic points out that several age differentiators can predispose women to ovarian cancer later in life. For instance, the Clinic notes that early menstruation (prior to 12-years of age) is linked to an increased risk of ovarian cancer.

In addition, if menopause began at 52-years of age or later, you may also be at higher risk of developing ovarian cancer. Even though ovarian cancer strikes women of all age groups, it’s most likely to develop in women between the ages of 50- to 60-years-old.

Hormone therapy is often prescribed to soothe the hot flashes, irritability, and vaginal dryness that can come with menopause. However, speculation that hormone therapy increases the risk of breast and ovarian cancers pose serious concerns.

Observational studies from the National Women’s Health Network (NWHN), find that estrogen hormone replacement therapy, in large doses and over the long-term, can increase ovarian cancer risk. Findings from a 2007 medical analysis reports that female patients taking estrogen-alone (vs. an estrogen- progestin combination) attributed to 1300 additional ovarian cancers and 1000 ovarian cancer deaths between 1991 and 2007 in the UK.

Unfortunately, some cancers are hereditary, which means some women are genetically predisposed since birth – ovarian cancer being one of them. The Canadian Cancer Society explains that it could be hereditary, “if one or more close blood relatives have or had ovarian cancer.” However, the source notes that it’s not always certain why this happens – whether it’s due to a family pattern of cancer or similar lifestyle choices. The more members of your immediate family who have or have had ovarian cancer, increases your risk. The Canadian Cancer Society notes that the closer the relative, the greater the risk you have.

According to the Mayo Clinic, a small percentage of ovarian cancers are a result of gene mutations which are also passed down through family history. The genes most commonly known to cause ovarian cancer are the breast cancer gene 1 (BRCA1) and gene 2 (BRCA2). Andrea Eisenberg, a board certified OB/GYN says those with the BRCA1 have 35 to 70-percent chance of getting ovarian cancer and those with BRCA 2 have a 15 to 30-percent chance. In comparison, the lifetime risk of a woman without BRCA gene is less than 2-percent.

Lynch syndrome, a type of hereditary nonpolyposis colorectal cancer (or HNPCC) caused by the BRCA1 and BRCA2 gene mutations is also known to increase risk of ovarian cancer, says the Mayo Clinic.

Studies quoted by the National Cancer Society (NCS), link the usage of certain fertility drugs to an (possible) increased risk of ovarian cancer. For instance, the NCS points to the fertility drug, clomiphene citrate, taken for a year of longer as a risk factor for “low malignant potential” ovarian tumors. It’s important to note there are many articles that contradict this statement. More research is needed.

Patients undergoing fertility treatment should be advised of the risks by their doctors. For instance, the risks are significantly higher in women who are infertile and unable to conceive while taking the drug—compared to women who become pregnant and carry a baby to term. Studies are inconclusive as to whether the fertility medications increase the risk or if it is the infertility itself that increases the risk.

While some studies indicate a link between using intrauterine birth control devices (IUDs) and ovarian cancer—research from the National Institutes of Health (NIH) found otherwise. In fact, the NIH published the results of a 2014 Finnish study that monitored the premenopausal use of levonorgestrel-releasing intrauterine birth control on endometrial adenocarcinoma cancer development on women 30- to 49-years of age in Finland.

Over the course of 13-years, 2,781 cancer cases were detected in the 855,324 of the women using intrauterine birth control. In addition, while the intrauterine system was linked to increased incidence of breast cancer (this is not necessarily a cause and effect though, meaning IUD’s do not necessarily cause an increased risk of breast cancer despite seeing a higher incidence), it displayed a protective effect against the development of endometrial, ovarian, pancreatic, and lung malignant tumors.

This one might sound a little strange, but if or when you’ve had children may increase or decrease your risk of ovarian cancer. The Canadian Cancer Society notes that women who have never been pregnant have a higher risk of developing ovarian cancer because it is believed that pregnancy hormones have a “protective effect” on the ovaries.

This rare genetic condition which causes polyps in the stomach and intestines during adolescence also increases the risk of digestional tract cancers and for women it can also increase the risk of ovarian cancer.

The American Cancer Society explains that the risk of potential cancer caused by Peutz-Jeghers syndrome increases the risk of “both epithelial ovarian cancer and a type of stromal tumor called sex cord tumor with annular tubules (SCTAT).” OvarianCanada.org explains that epithelial cell tumors grow around the ovary and stromal cell tumors develop in the structure tissue which is holding the ovary.