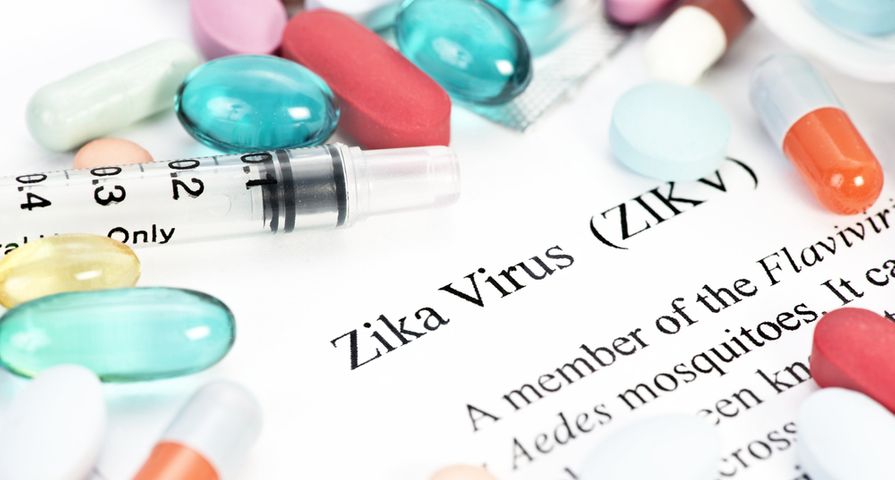 The Zika Virus has been front and center in the news of late, and is caused by infected mosquito bites. The prevalent locations for this current outbreak of the virus are currently in Central America and parts of South America, although there have been some confirmed cases in the U.S. (from returning travelers) according to the Centers for Disease Control and Prevention (CDC). There is also some risk that infected travelers could spread the virus to others through domestic mosquito bites.

While the virus has some unpleasant symptoms, the CDC assures these symptoms are usually mild and last for a week or less. Unfortunately, there is no cure or vaccine against the Zika Virus, so precaution is a high priority when traveling, particularly if you’re pregnant or trying to conceive. Here are six health signs of the Zika virus that could warrant a trip to your doctor…

1. Redness of the Eyes

There are several ways you can end up with redness of the eyes, including just being plain old tired. However, conjunctivitis (also known as pink eye) is another possible effect of the Zika Virus, which can also be accompanied by pain behind your eyes.

Pink eye is inflammation of the conjunctiva (the medical term for the outer layer of your eye and the inside of your eyelids). Pink eye can look very serious, but like the Zika virus, will usually clear up on its own within a fairly short time period.

Unlike a flu virus that can spike your temperature to dangerous levels, the Zika Virus is accompanied by a “low grade fever” of 38.5 Celsius (101.3 Fahrenheit) according to the World Health Organization (WHO). “Normal” average body temperature is 98.6 Fahrenheit, although it can vary slightly from person to person.

The mild fever often goes mostly unnoticed or symptoms may be misdiagnosed as the Dengue fever, another virus spread by mosquitoes. Unlike Zika, the Dengue virus can be fatal for adults in some cases (especially in children).

Skin rash can be caused by a variety of ailments (including allergic reactions or an autoimmune disease). However exanthema (a widespread redness of the skin) is also common with the Zika virus according to the Pan American Health Organization.

Research shows that the rash related to Zika is not threatening, and will usually fade on its own. If a rash persists after other symptoms have disappeared, it’s probably best to consult a physician before trying to treat it with any topical creams or other medications.

Zika can cause some soreness of the joints and muscles that can slow you down and cause a feeling of general malaise, says the Pan American Health Organization. While that doesn’t seem like a big deal, there are some precautions attached.

The CDC warns that you shouldn’t pop ibuprofen-based painkillers and other anti-inflammatory drugs like you normally would when you have some muscle or joint discomfort. Instead the CDC suggests using acetaminophen-based drugs (i.e., Tylenol). If you actually have Dengue and not the Zika virus, ibuprofen can cause hemorrhaging.

The DASH Diet: Everything You Need To Know

Zika Virus can cause headaches, which will be more obvious if you’re not usually the type to suffer from them. Like the other symptoms, the brain pain related to Zika is usually mild.

If you have extreme headaches or dizziness, you shouldn’t disregard it, especially if you fever has spiked over 101.3 Fahrenheit. This could indicate something more serious that will require treatment from a medical expert.

Microcephaly is the biggest reason for the widespread panic around Zika Virus, as the other symptoms are typically no worse than the common flu. Microcephaly is a “potentially fatal congenital brain condition” that occurs in infants from infected mothers that contract the virus during pregnancy, according the Mayo Clinic.

Microcephaly is associated with an abnormally small heads in infants, caused by improper brain development. According to an article in the New York Times, this condition affects thousands of children in Brazil. However, the Times also points out microcephaly is not new, and has plagued countries for decades (there are roughly 25,000 babies born with it every year in the U.S., not necessarily tied to any virus). There is currently no cure for Microcephaly.