6 Snoring Facts that May Keep you Awake at Night 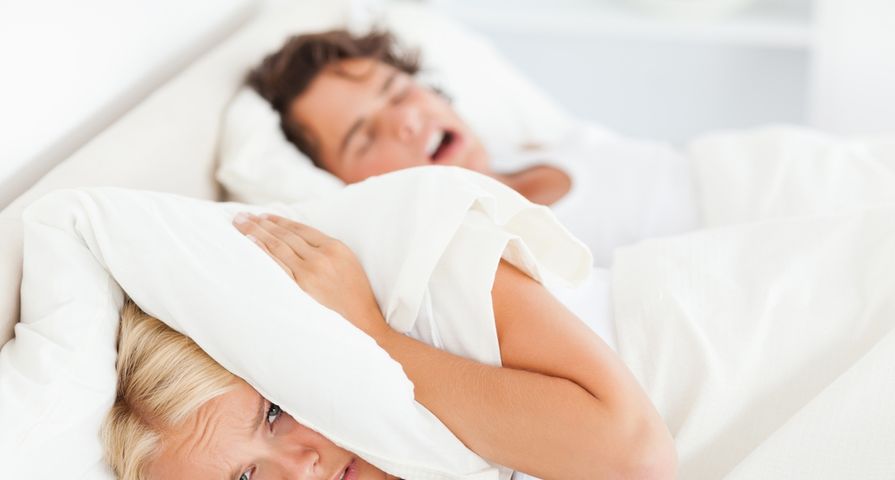 Snoring is something many of us live with, whether we’re the one snoring or we’re trying to cover our ears listening to someone else. However, it’s more than just the sawing noise that comes with it that’s not welcomed. Snoring can point to a health problem or lifestyle factors that may need tweaking.

While many people just accept snoring as what it is, there are some things to keep in mind that could reduce or eliminate it. Ignoring a major snoring problem could not only drive the others in the home crazy, but could be a red flag. Here are six little known snoring facts to breathe in…

Sleep apnea is a serious condition that actually causes you to stop breathing for periods of time while sleeping, especially if you’re lying on your back. Your throat can close up for upwards of 10 seconds, which will jolt you awake and lessen the overall quality of your sleep.

The Mayo Clinic notes that there are various forms of sleep apnea, and that “obstructive sleep apnea” is the most common form caused by relaxed throat muscles that close. There’s also a form called “complex sleep apnea syndrome,” which is caused by both obstructions and improper signals from the brain to breathing muscles.

WebMD notes that because snoring is caused by relaxed throat muscles (the sound is from the vibration of the soft palette), you should avoid drinking within 3-hours of bedtime. Men’s Health Tips says that it also comes down to our body’s decreased demand for oxygen at night.

The website also notes that breathing becomes more difficult at night because we’re pulling air in with less vigor. A factor called “inspiratory resistance” (which is the difficulty your body has getting air to your lungs during sleep) is 4-times greater in snorers than non-snorers (it’s less than double for those lucky folks). Even a moderate amount of alcohol before bed could double this effect, meaning snorers now have 8-times more breathing resistance while asleep than awake, added the site.

Children are not really known for their snoring. In fact, the stereotypical snorer is usually your middle-aged man. While snoring (with sleep apnea) can cause a host of problems in adults such as memory loss and higher blood pressure, it can also increase the risk of a child developing ADHD (Attention Deficit Hyperactivity Disorder).

A 2012 blog entry from New York Times notes that sleep problems could be the culprit for some cases of ADHD. The blog notes that while diagnosed cases of ADHD were on the rise, they could be sleep disorders in disguise (lack of sleep can cause children to be moody and restless, the opposite of the effect on adults). That can lead to wrongly prescribed medication that can make the problem worse, notes the entry.

4. You Don’t Snore as Much in Space

If you’re looking for a quiet night’s sleep, perhaps you should volunteer to be part of a space launch to Mars. Medical Daily explains that the lack of gravity beyond the stratosphere causes snoring to reduce dramatically, as there’s nothing pushing your soft tissues (tongue and palette) toward your airway.

This came from an actual study of astronaut snoring habits, which also unfortunately found that the astronauts returning to earth start right back to snoring again, sometimes even worse than before. However, if you somehow manage to build an anti-gravity chamber in your home, you’re all set.

Medical Daily also points out that pregnant women who snore 3-nights or more per week are at risk of giving birth to a baby under normal birth weight, while also increasing the chances of needing to deliver via C-Section.

The original findings by the University of Michigan Health System note that some women don’t start snoring until they’re pregnant, pointing to a higher risk of high blood pressure and preeclampsia, which is a potentially fatal condition that affects up to 5 percent of pregnancies. It may go unnoticed until labor begins.

That’s right; some snorers saw the logs so loudly at night that their bed partners could end up partially deaf. While earplugs can help, snoring can reach 90-decibels or more, which is the equivalent of a drill (or a jackhammer).