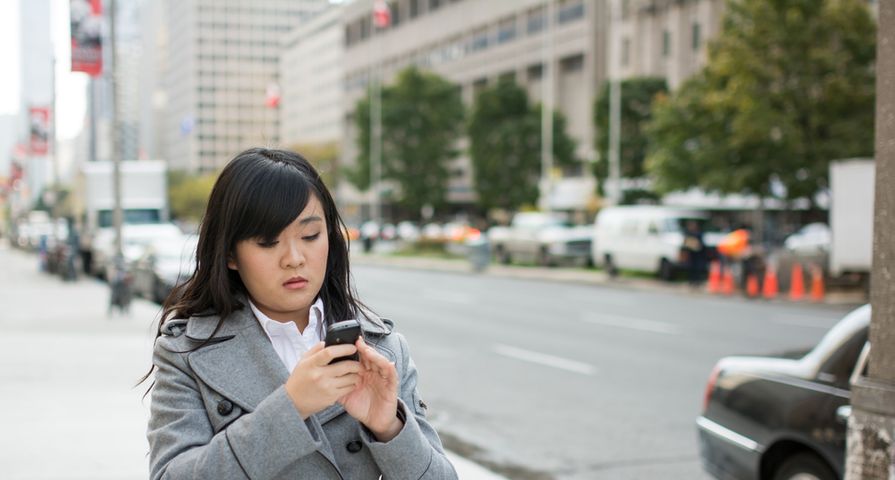 Are You a Cyberchondriac?
Most of us have dialed into the smartphone lifestyle, meaning we can’t help but reach for the phone in our pocket when we get a text or an email. While smartphones have made our lives easier in many ways and connected us more than ever before, there are some risks involved in being glued to a screen.

Becoming a slave to your electronic device can result in mild antisocial behavior, as well as increase the risk of certain health conditions (it’s ironic, when there are so many apps out there to help us become healthier). Anyhow, here are six ways reaching for your smartphone too often can adversely affect your well-being…

This is a relatively new finding, but basically it refers to the strain you can put on your spine when tilting your head down constantly to look at your newest online messages. According to a Washington Post article, your head weighs about 12-pounds in an upright position – but that number jumps to 60-pounds when your neck is at a 60-degree angle.

This is a lot of weight for your neck and spine to bear, but you may not feel strain while you’re doing it. However, over time it can cause degeneration and even lead to surgery, according to the article. It also notes that if you don’t think 60-pounds is a big deal, imagine carrying an 8-year-old around on your neck throughout the day.

Time magazine says that smartphones could cause something akin to a “hangover,” because we can’t detach from them in the time we should be letting our body and mind relax and recharge. Workaholics find it especially hard to put down the phone in case they miss a client email.

The article also notes that the light emitted from a smartphone can trick our bodies out of releasing less melatonin, our natural sleep hormone. That means it could be harder to fall asleep, and when we do it could be less restful sleep. That means you feel more like hitting the snooze button in the morning.

3. Strain on your Eyes

While staring at a tablet or smartphone for most of the day won’t cause permanent eye damage, according to Lifehacker.com, it can make things a lot less comfortable. Staring at phones for a prolonged amount of time can cause dry eyes and even blurred vision, according to the website.

The source recommends using what is called the “20-20-20” rule, which means for every 20 minutes you spend staring at a screen, you should take a 20-second timeout and stare at something 20 feet away. Also, hold your smartphone a comfortable distance from your eyes and just below eye level.

Okay, so we all (should) know it’s distracting and dangerous to text and drive. That’s not just from looking at your phone instead of the road, according to the Telegraph UK. People listening to someone talk on their mobile phone have 37-percent less brain activity, according to the paper.

So, that doesn’t just affect drivers—it can cause you harm even if you’re walking. Those who are texting on their phone can ignore walk signals (the article said pedestrians are four times more likely to ignore traffic signals) and can also cause accidents like walking into poles. Not convinced? Google “texting accidents while walking.”

According to a 2013 article from Health.com, the reason why you can’t seem to get in shape could be blamed on your phone, and a university study has apparently proved this. The Kent State University findings showed that the more time you spend on your smartphone, the less active and physically fit you might be.

While this may be somewhat obvious, the article also pointed out that even if you’re on the treadmill at the gym, texting could distract you and make your workout less intense. It can also make you lose your correct posture, which won’t help you build your core muscles.

You’re probably aware that typing too much on a PC keyboard can cause Carpal Tunnel Syndrome, a painful condition caused by compression of a nerve from overuse of the hands and fingers. There’s also a specific (though non-medically proven) condition linked to smartphones – called Text Claw.

While your thumbs do all the work when texting, you’re still putting excess strain on your wrists and forearms, notes a Huffington Post article. You can apply heat to the affected area, as well as doing hand stretch exercises to alleviate the symptoms, noted the source.