5 Bright and Dark Effects of Daylight Savings Time on Health 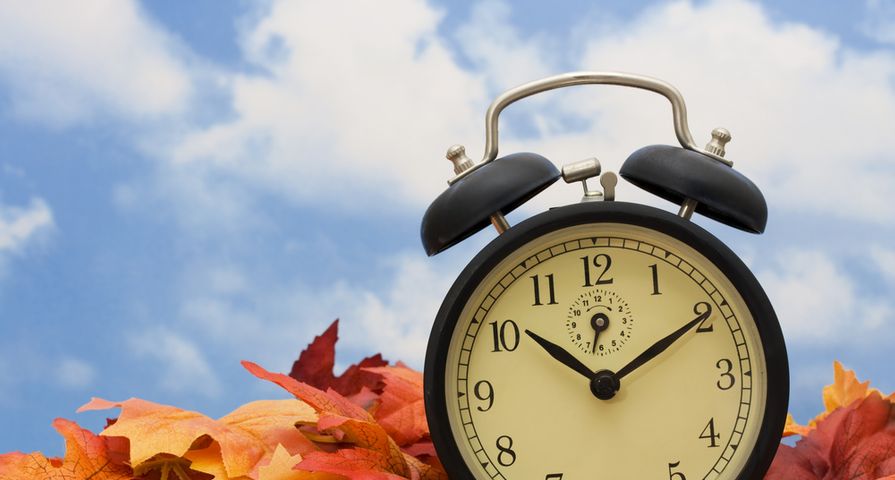 While we all just got an hour back thanks to the recent fall back from Daylight Savings Time (DST) to standard time, it may not be a complete gain as far as our health is concerned.

Gaining the hour back on a weekend probably tempted many to stay in bed and sleep in, but doing so might have thrown your internal clock out of whack. In fact, the changing of the clock forward and backwards each year can have quite an effect on your overall well-being. Here are five facts you may lose sleep over regarding DST…

According to a recent article from CBC, the clocks falling back in fall can actually be dangerous or fatal for pedestrians walking during morning rush hour. A U.S. study showed the probability of being hit by a car on foot is actually three times higher than normal after the clock rolls back, explained the article.

The reason, noted the CBC, is that drivers have adjusted their brains to DST and don’t automatically drive more cautiously to account for the lower light conditions in the mornings. Research also found that losing an hour of sleep in spring caused dramatic increases in traffic accidents from lack of alertness behind the wheel.

Melatonin is sold as a supplement over the counter, but it’s an actual hormone your body produces in the darker hours that helps trigger sleepy-time. When you have more daylight in your daily routine from the clock springing forward, your body may be tricked by this and cause you to have trouble falling asleep at your usual time.

One way to “synchronize” your sleep clock again is to take a low dose of melatonin to help you get sleepy even when the sun is still above the horizon, suggests ABC News. That way, you can get up at a regular time as well. Melatonin has also been found to be effective for jet lag symptoms.

A study in Current Biology suggests that while we are mentally aware of the time changes associated with DST, our bodies aren’t. The study claims that our bodies never truly adjust to that hour forward and back.

The study found that “DST severely affects our seasonal timing” and that humans, like other animals, are seasonal creatures concerning birth rates and mortality. However, the study acknowledges that our behavior being tied to seasons may have declined in the past 60 years due to being largely shielded from natural light-dark patterns.

Apparently the clock springing forward can be such a shock to your system that it can trigger a heart attack, according to the CBC. An article from 2015 explains that the number of heart attack patients admitted to Michigan hospitals from 2010 to 2013 showed a 25-percent spike on the Monday after the time change.

The article also said a 2012 study by the University of Alabama showed that losing an hour of your day equals a 10-percent increase in risk for a heart attack in the 48 hours following the change. It’s worthy to note that falling back an hour (like we just did) means a 10-percent less chance of a heart attack over the same time period.

Sleep is an important component of our awareness and our cognitive abilities, so suddenly losing an hour can have a temporarily big impact on your ability to think clearly. Business Insider explains that when DST comes into effect in the spring, it “causes decreases in performance, concentration, and memory common to sleep-deprived individuals, as well as fatigue and daytime sleepiness.”

This effect can be greater in night owls, who thrive in the late hours but aren’t morning people, noted the article. If you fall into the night owl category, you could be looking at three weeks to adjust to the time changes. You may want to avoid trips to the Far East as well— imagine the jet lag if that’s what an hour does to you!