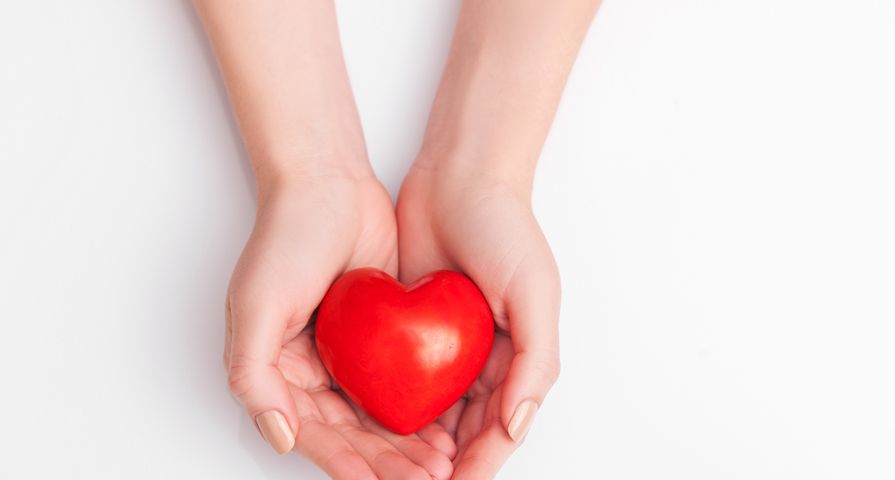 Important Facts About Depression in Women
Heart disease is actually the leading cause of death for women (and men) in the U.S., according to the Mayo Clinic. However, the symptoms for the disease can differ for women.

Meanwhile, there are certain factors that pertain almost exclusively to women that could raise the risk of stroke, which is the 3rd-leading cause of death and highest cause of disability in the U.S. Let’s take a look at specific risk factors for both heart disease and stroke in women…

Estrogen in women is actually considered to be an ally for heart health in women during the reproductive life cycle between ages 12 to 50, according to the Heart and Stroke Foundation of Canada.

The naturally-occurring hormone generally has a “protective effect” on the heart between those ages, but the protective properties can change depending on a number of factors (such as a drop in estrogen due to menopause), adds the source.

ScienceDaily.com notes that birth control pills pose a “small but significant stroke risk.” The source refers to a comprehensive report that notes the risk is small for women with no other stroke risks, but in some cases use of birth control pills should be discouraged for those with high blood pressure or who smoke.

It continues by saying birth control pills increase the risk of ischemic strokes from blood clots, which are responsible for about 85-per cent of all strokes. The amount of synthetic estrogen contained in contraceptives has dropped dramatically since the first versions of the pill, it adds.

The Preeclampsia Foundation explains that women who experience preeclampsia – which is high blood pressure and other symptoms that rapidly develop during pregnancy and sometimes after childbirth – could be at higher risk for stroke and heart disease later in life.

The source explains the associated risk can be as high as 3 or 4-times more for high blood pressure and 2-times higher for heart disease and stroke. This risk level increases for women who delivered premature babies, or suffered from severe preeclampsia more than once, it adds.

Diabetes in itself is a health condition that can cause complications leading to death in men and women, but women can experience a unique form of diabetes during pregnancy called gestational diabetes.

“The onset of high blood sugar during pregnancy serves as an early warning sign for future heart risks,” reads an article headline from CardioSmart.org. The information is based on findings of a study that tracked health of almost 90,000-women for up to 26-years. Analysis revealed women with a history of gestational diabetes were at 43-percent higher risk of heart attack and stroke.

It seems just being pregnant is a risk factor for stroke. UT Southwestern Medical Center explains that for every 100,000-women having babies, anywhere from 2 to 70-will experience a stroke (based on the source information).

The source notes while this number may seem low, strokes are actually the cause of 10-percent of all pregnancy-related deaths. Risk factors include age, being overweight, and smoking – but also gestational hypertension (raised blood pressure), which is responsible for about 33-percent of pregnancy-related strokes, it adds.

When women the age of 45-years, their stroke risk can climb even if they’re healthy, notes an article from VeryWell Health. This is because women “move into the menopause years” around this time, and this is associated with a drop in heart-protecting estrogen, it adds.

From the age of 45 to 65, women should be extra vigilant as strokes can be more fatal in women than in men during this stage of life, adds the source. “The reasons for this are not exactly clear, but they have to do with not getting the same treatment as men, and with not recovering as well as men do,” it offers.

Some women opt for hormone replacement therapy following the onset of menopause, which according to a journal from the American Heart Association is “associated with beneficial effects on the brain and vascular system.”

However, findings also show that hormone therapy is not an effective strategy for preventing a stroke, and there could be a higher chance of dying from a stroke among women receiving the therapy, adds the source.

The Heart and Stroke Foundation explains that estrogen also serves another important function: it helps to keep cholesterol in check. “After menopause, as natural estrogen levels drop, more and more women tend to develop high cholesterol,” it adds.

While research in this area is still ongoing, it’s generally believed that “bad” cholesterol buildup can strain the vascular system and lead to heart disease, heart failure or stroke.

Although anyone can develop high levels of triglycerides, this type of blood fat can be more of a concern for women’s health, warns WebMD. Women are at higher risk for higher triglycerides if they take birth control pills containing estrogen, are pregnant, are post-menopausal, have polycystic ovary syndrome, or take prescription drugs including tamoxifen, it adds.

Common factors for both men and women include being overweight, not exercising, or having a family history of high triglycerides, it adds. Hypothyroidism (underactive thyroid) can also be a factor for both genders.

Ethnicity can play a role in heart health and stroke risk among women, according to GoRedForWomen.org. The source explains that Hispanic women are likely to develop heart disease 10-years earlier than their Caucasian counterparts.

In fact, cardiovascular disease is the leading cause of death for Hispanic women, causing 21,000-fatalities annually, adds the source. Unfortunately, heart health is a subject that’s never mentioned by their doctor, according to most Hispanic women – who are also “least likely to have a usual source of medical care,” it adds.

The same source also says African American women are also in a higher risk category for heart disease and cardiovascular diseases, which accounts for more than 48,000-deaths per year among women of this background.

Women who experience “psychosocial stress,” which is a medical term for feelings of loneliness and isolation, as well as depression may be at greater risk for having a stroke, according to Self.com.

These factors are associated with higher blood pressure and the risk is higher among women than men, adds the source. “Research has also shown that figurative heartache can become a literal heart attack, especially among older women,” adds the source.

Signs of Heart Disease in Your Future
X