Things to Know About Mittelschmerz or Painful Ovulation 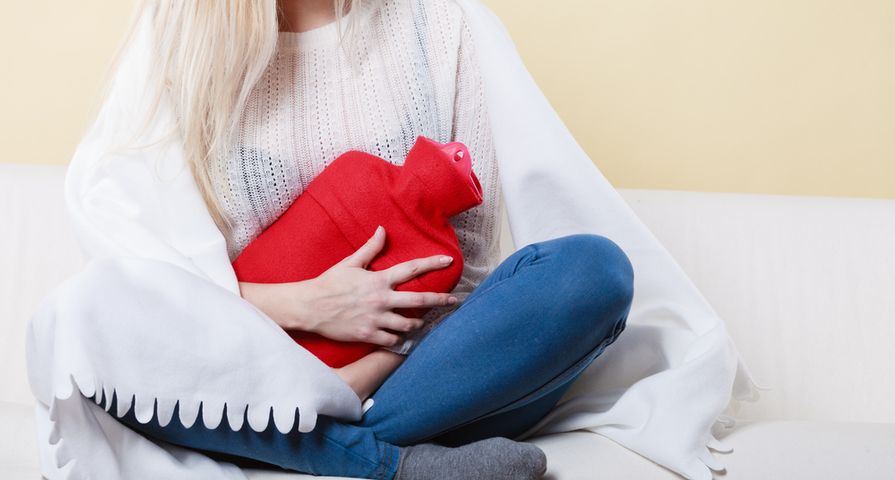 Health Officials: Pap Tests Not Necessary in Women Under 25
You may not have heard of this condition, but it’s a painful reality for many women. It’s actually German for “middle pain,” and relates to pain halfway through a menstrual cycle, according to the Mayo Clinic.

It’s not usually serious, but it’s a monthly ordeal that can be troubling. Here are 12 things to know about this condition, and how to handle it…

1. What Exactly is Mittelschmerz?

Also referred to as mid-menstrual cycle pain or painful ovulation, this pain in the pelvic area occurs during the ovulation stage (when eggs are released by the ovaries), notes an article from Harvard Medical School.

While many women experience no sensation during ovulation, some face “intermittent or constant discomfort” during this stage, adds the source.

The group at the highest risk of developing this condition is women aged 15 to 29, and it appears to have a higher prevalence among the black and Hispanic population, according to Symcat.com.

There’s no other solid factors mentioned by the source to predict which women will experience painful ovulation, but the source explains about 20-percent of women will deal with it – some every cycle, some occasionally.

The same source notes there can be a range of symptoms of varying degrees, but the one that drives most women to see a doctor is sharp abdominal pain (during menstruation). In fact, in some cases it can be mistaken for appendicitis.

Other “strong predictors” of Mittelschmerz include lower abdominal pain and pelvic pain, long menstrual periods, and even involuntary urination (incontinence), notes the source. However, you may still have the condition without the most severe symptoms, it adds.

4. Causes of Pain from Mittelschmerz

The pain associated with this condition is due to the stretching of the membrane covering the ovary just before it releases an egg, explains WebMD.

The source also explains that fluid and blood is released when the egg is released, which may cause discomfort. “Blood is very irritating to the tissues lining the abdominal cavity and could be responsible for the mid-cycle pain,” it notes.

5. When to See a Medical Professional

The Mayo Clinic says painful ovulation rarely needs the intervention of a doctor, but that you should book an appointment if “a new pelvic pain becomes severe” or is accompanied by nausea or fever.

If the pain and other symptoms persist, it could be a sign that you’re dealing with more than ovulation pain (such as appendicitis, pelvic inflammatory disease or ectopic pregnancy when the embryo plants itself outside of the uterus), adds the clinic.

6. How a Doctor Diagnoses Mittelschmerz

WebMD says there’s no specific test to determine if a woman has this condition, but that it’s a “diagnosis of exclusion” to ensure it’s not being caused by another (possibly more serious) condition.

If the test results come back normal for other conditions and the pain seems to be confined to mid-menstrual cycle, then it’s usually confirmed that painful ovulation is the culprit. A doctor may ask the patient to track symptoms via a diary to establish a pattern, it adds.

7. What to Expect During a Medical Visit

For the most part, a doctor will ask a number of questions, so it’s best to be prepared or even write down information ahead of time. For example, the Mayo Clinic notes a medical professional may ask questions such as how many days apart your menstrual cycles are, and how long they last.

Other questions might include a verbal description of your symptoms, location of the pain, how long you’ve been experiencing the discomfort, and whether there are other symptoms (such as nausea or vomiting) it adds.

Medical solutions aren’t always necessary depending on the severity of the symptoms. However, eMedicineHealth.com explains that if a home remedy doesn’t do the trick (we’ll get to those next), then your doctor may recommend a different approach.

These approaches may include prescribing birth control pills that prevent ovulation from occurring, adds the source.

While taking over-the-counter pain medication can be helpful, there are other ways to deal with the pain associated with Mittelschmerz. In fact, ParentingHealthyBabies.com has a list of 11-home remedies that may work for you to deal with painful ovulation.

These simple remedies include drinking green tea, getting some exercise (even a walk), using heat compresses, or using evening primrose oil to help balance hormones during ovulation, it adds.

10. Other Possible Reasons for Ovulation Pain

There could be other reasons that you’re having alarming pain during your menstrual cycles. BellyBelly.com lists 5-possible triggers of ovulation pain that could point to a bigger issue.

For example, you may have cysts on your ovaries, which are usually a result of a hormonal imbalance related to insulin resistance, notes the source. It can also be endometriosis, an inflammatory disease if the ovaries and fallopian tubes, or a sexually transmitted disease, it adds.

If your doctor hasn’t pinpointed a cause, then you can track the frequency of the pain – if it seems to always occur mid-menstrual cycle, then you may have your answer.

Other telltale signs include having the pain only on 1-side, and in some cases you might notice some vaginal discharge, it adds. You should probably still plan to see the doc if you have concerns or symptoms worsen.

While it can be very uncomfortable, it’s at least somewhat reassuring to know the pain is temporary. The Better Health Channel in Australia explains the pain can be as short as a few minutes for some women.

In other cases, the pain could last 48-hours (or more), it adds. It advises to consult your doctor if you’ve had symptoms that extend beyond 3-days or you have other “unusual” menstrual symptoms such as heavier bleeding.