Signs and Symptoms of Iron Deficiency 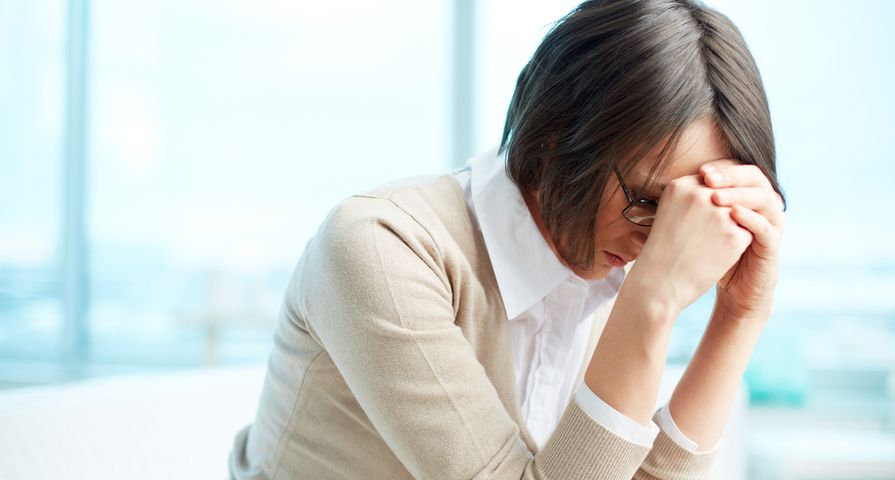 Out of all nutritional shortages, iron deficiency is the most prevalent in North America, particularly for women. Consuming foods rich in iron—such as clams, mussels, oysters, turkey, fish, beans, and Popeye’s favorite, spinach—boosts the body’s production of hemoglobin, a red-blood cell protein that aids in oxygenating the body, and provides vital energy.

Think you may have an iron deficiency? Try Vitron-C High Potency Iron Supplement with Vitamin C – 4.5+ rating and over 1,500 consumer reviews on Amazon. (As an Amazon Associate this site may earn from qualifying purchases.)

If your naturally rosy hue is suddenly pale and blanched, you may be iron deficient. The reason for this is because iron promotes hemoglobin production, the source of that pink and luminescent glow that occurs in our cheeks. If iron is low, a change in skin color will be one of the first noticeable signs. Unfortunately, it’s often difficult to determine if there is a lack of rosiness in your cheeks or if you’re just pale in skin tone.

Another way to check for iron deficiency is to look at the inside of your lips and gums. If they lack healthy red coloring, your body may be lacking precious iron. In addition to white gums and lips, someone who is iron deficient will have dry, cracked lips. The type of cracked lips associated with iron deficiency is called angular cheilitis because it happens at the corners of the mouth.

A study which looked at 82 people suffering from this condition found that thirty-five percent of them also suffered from an iron deficiency. “In those cases, treating angular cheilitis on its own — say, with cream or ointment — wouldn’t help. You need to treat the underlying iron deficiency to keep the cracking from coming back again and again,” writes Prevention.

Exhaustion is the most obvious sign of lacking iron reserves. Even though it’s the most common sign, many times it goes unnoticed because being tired and fatigued is fairly typical for the average person, especially women. Patients might chalk it up to having a low immune system, the weather, or a lack of sleep, but in actuality, the body is robbed of vital oxygen and energy when iron levels are low which can create a number of negative side effects. Health.com advises to take note of whether you’re experiencing other symptoms such as weakness, irritability, or an inability to focus. If fatigue is coupled with these symptoms, it could be the result of an iron deficiency.

Do you feel anxious for no reason? If so, it may be because you’re iron deficient. The anxiety stems from a lack of oxygen in the body which effects the body’s “sympathetic nervous system,” says Health.com. It can also increase heart rate and ignite a fight or flight response (cortisol).

If your body lacks iron over the long term, anemia can develop and result in an irregularly fast or abnormal heart beat. Heart issues, such as heart murmurs, swollen or enlarged heart, and risk of heart failure can all be exacerbated by low iron and anemia. It’s important to note a study in the Texas Heart Institute Journal found that a person would have to be suffering from low iron for an extremely long period of time for these kinds of serious problems to present themselves, or be made worse.

If your normal or light period suddenly becomes really heavy, you may have an iron deficiency. Depleted iron often results in the loss of excess blood during your monthly flow. For instance, one prime indicator is the need to change your sanitary pad or tampon more frequently. An easy test is to time how long your tampon lasts. If it’s shorter than two hours, then you should talk to your gynecologist.

Jacques Moritz, MD, director of gynecology at Mount Sinai St. Luke’s Roosevelt in New York City told Health.com it’s like a vicious cycle. “They lose too much blood, replace about half of it, and then lose too much again the following month. It’s like filling up a car with a small hold in the tank,” he says.

Because lack of oxygen occurs with iron deficiency, it’s no wonder most patients suffer frequent headaches and migraines. Health.com explains that even when the body is suffering from oxygen issues, it will always prioritize the brain above all else, but even the slightest change in oxygen levels can cause headaches. “Any lowering of oxygen reaching the brain can cause a swelling of the arteries of the area, causing headaches,” says the National Headache Foundation.

In addition to robbing that healthy red hue from your skin, lips, and gums, your tongue may suffer lack of color, inflammation, tenderness, and an odd smooth texture. When the tongue becomes swollen and tender, it’s called atrophic glossitis. “The tongue will expand to the point that the usual bumps on the surface disappear, making it appear smooth,” says Prevention. Not surprisingly, a swollen tongue has terrible side effects, such as being unable to chew, swallow, or even talk!

When someone has trouble controlling their legs from twitching and moving while sitting still, it’s usually due to a condition referred to as restless leg syndrome, which is a prime sign of low iron. In fact, a John Hopkins study revealed that 15-percent of those with restless leg syndrome are also iron deficient.

If iron deficiency persists over the long term, hair loss, even for women, can occur due to oxygen deprivation. Healthy oxygen levels are needed to maintain healthy hair and nail growth. When the body becomes deprived of oxygen, “it sends your body into survival mode, so your body channels oxygen to support vital functions as opposed to ones like keeping your hair intact,” says Dr. Moritz. Most scalps lose about 100 hairs a day, so don’t prematurely panic if you find yourself shedding a wee bit!

You can tell a lot about a person’s health by looking at their nails. For example if a person has weak, brittle, or “spoon nails,” which is also known as koilonychia, they could be suffering from an iron deficiency, says Prevention. However, Healthline notes that this is a less common symptom of iron deficiency.

What are spoon nails? They happen when “the inside of your nail sinks in, leaving you with a fingernail shaped like a spoon,” says the source. In order to determine whether these weak and brittle nails are a result of an iron deficiency, the American Academy of Family Physicians recommends patients receive a blood test from their doctor.

This one is really bizarre. People suffering from anemia caused by an iron deficiency may develop a condition called pica which is defined by the National Heart, Lung, and Blood Institute as “a pattern of unusual cravings for non-food items or food with no nutritional value.” After all, people who are severely iron deficient suffer strange cravings for things that aren’t food. They’ll want to eat things like “dirt, clay, cornstarch, paint chips, cardboard, or even cleaning supplies,” writes Prevention.

The reason why this happens is still unclear, but Self says there are some theories out there and that it generally goes away after the patient is given iron supplements. This condition is typically seen in children or pregnant women and can be very hard to catch because the patient will often be ashamed.

Are you someone who is constantly sick? There might be a more specific explanation to this aside from the spread of germs. If someone gets sick often, especially someone with a respiratory illness, the real culprit could be an iron deficiency, says Kimberly Mueller, R.D., owner of Fuel Factor Nutrition Coaching.

According to Healthline, this happens because iron is an important part of maintaining a healthy immune system, so someone with low iron will be prone to catching more illnesses than usual. Everyday Health goes into more detail after talking with Marilyn Murr, MD, Assistant Professor of Family and Community Medicine at the School of Medicine at the University of Texas Health Science Center. Murr explains that red blood cells are necessary for transporting oxygen to the spleen and to the lymph nodes, which is where infection-fighting white blood cells are stored. “When someone has an iron deficiency, the white blood cells aren’t being produced as well, and they’re not as strong because they’re not getting enough oxygen, making that person more susceptible to infection,” says Murr.

People suffering from an iron deficiency might find they get winded more often than usual or after activities that would have never caused this problem before. According to Self, “when your organs aren’t getting enough oxygen, your lungs may start to overcompensate and work harder to bring in more oxygen.”

In addition to experiencing shortness of breath, there might be some chest pain. This is because the heart isn’t getting enough oxygen. If the heart feels as though it’s not getting enough oxygen and hemoglobin it will begin to act as though there is impaired blood flow, says Niket Sonpal, M.D., an internist and Assistant Professor of Clinical Medicine in the Department of Biomedical Sciences at Touro College of Osteopathic Medicine in Harlem, New York, to Self. In severe cases, this could lead to a heart attack.

This particular symptoms could have also been lumped in with the earlier slide about strange cravings, but because craving ice is its own form of pica called pagophagia and is one of the most common symptoms of iron deficiency, we’re giving it a slide of its own.

Similar to what we said about pica earlier, the reason behind pagophagia is largely unknown. Prevention writes that researchers do have a theory that “chewing ice increases alertness in iron-deficient people (who are typically sluggish and tired) or that it soothes their swollen tongues.”