Biggest Myths About Getting Pregnant 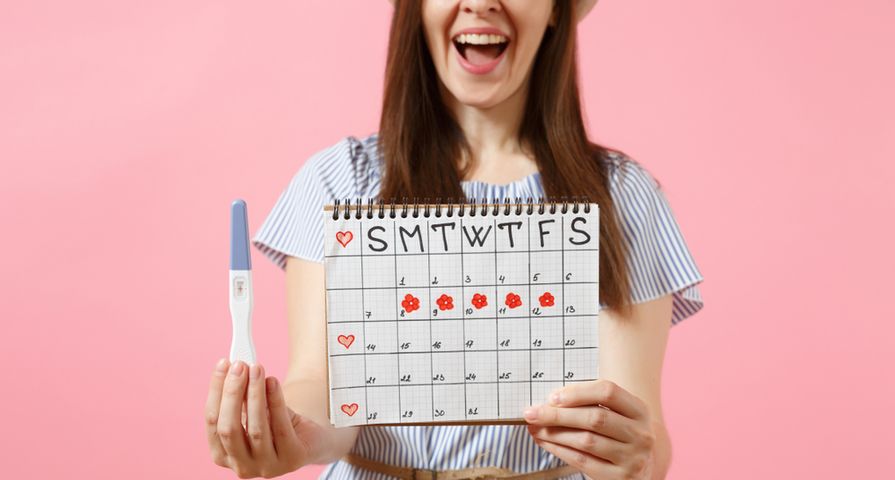 Pregnant Women Far More Likely to Become Involved in Traffic Accidents, Study Finds
Most couples who are trying to conceive know that their lifestyle choices—diet, health, age, and genetics—may all contribute to their pregnancy success. For instance, one myth discourages sweeping under the bed (an old wives’ tale) if you’re trying to get pregnant, which in reality may only banish dust bunnies; not your chances of conception.

While we’ve left behind many of the superstitions surrounding fertility and getting pregnancy; there are still multiple myths that many couples buy into (both those trying to get pregnant and those not trying to conceive).

You Can’t Conceive During Menstruation

It doesn’t matter if you’re having sex during your period to practice “safe sex” or if you avoid intercourse during your period because you’re trying to conceive, no one gets a baby-making free pass at any time during a woman’s cycle. In reality, there are very few days when you can have sex without worrying about getting pregnant since sperm can live inside a woman’s body for approximately 5 days.

If you’re doing a handstand after sex in the hopes of gravity aiding your pregnancy efforts—all you’ll probably end up with is a stiff neck. It makes sense that inverting after ejaculation might help sperm reach the cervix faster, but this small distance really won’t make or break your chances of conceiving.

You Can’t Get Pregnant the First Time You Have Sex

Although this might be a sly way for a frisky teenage boy to convince a girl to have sex in the backseat of his parent’s station wagon; it’s a grand mistruth. If she has begun to ovulate, there’s always a chance that her egg and his sperm shall meet, whether it’s the first sexual experience or the twentieth.

If you’re a couple that likes to have sex like bunnies every day, congratulations, but it won’t help your chances of conception. In fact, the opposite is true—the more frequently a man ejaculates; the lower his sperm count and concentration will be. Your best bet for getting preggers is to make love during a woman’s “fertile period” with the help of an ovulation calendar.

You Can’t Get Pregnant If You’re Intoxicated

It doesn’t matter if you drink alcohol or take drugs—you can still get pregnant. And when you think about it; when drunk or high, you’re probably less likely to remember to use a condom or take your birth control pill so you may be increasing your chances of conception when intoxicated.

Withdrawal to Prevent a Pregnancy

Many couples trust that the withdrawal method (when a man withdrawals his penis from a woman’s vagina prior to ejaculation) will not cause pregnancy. However, studies show that 4 out of every 100 women will still get pregnant thanks to pre-ejaculate (the fluid that escapes the tip of the penis when stimulated), in which sperm can remain active from previous ejaculation.

Douching and showering are not as effective as birth control and neither is having sex in the bath or swimming pool. The truth is that water doesn’t deter sperm from fertilizing an egg, and having intercourse in water can actually raise the risk of pregnancy if sperm is forced upwards into the vagina and cervix.

Timing Can Affect The Sex of Your Baby

It’s funny that many couples think that they can influence the sex of their unborn child depending on things like diet, sexual position, or date. For instance, one myth claims that sex on odd days will ensure a male child and sex on even days will produce a girl baby.

Conceiving can take time and patience. Just because you’ve been trying to conceive for a few weeks without success doesn’t mean you’re infertile. Although there are no specific dietary instructions to follow, a healthy lifestyle—which includes physical activity and a healthy diet—is important to make conception a reality.

You Can Only Conceive If You Orgasm

Even though the female orgasm can aid fertilization—it’s not entirely essential for conception. The theory behind this myth is that the muscular contractions that accompany the female orgasm are needed to pull sperm up into the vagina and cervix, increasing the success of sperm meeting egg. However, you can get pregnant with or without achieving orgasm.

Andrea Eisenberg, MD is a board certified OB/GYN in the Metro Detroit area. She has dedicated her life to caring for women through all stages of their lives -- from adolescence, to delivering babies, and later into menopause. Her special interests include minimally invasive surgeries, adolescence, family planning, infertility, and menopause. In her spare time she writes about the human side of medicine on her blog and has several essays published in a variety of journals. To decompress, she enjoys trail running and baking.