What to Know About Sickle Cell Anemia 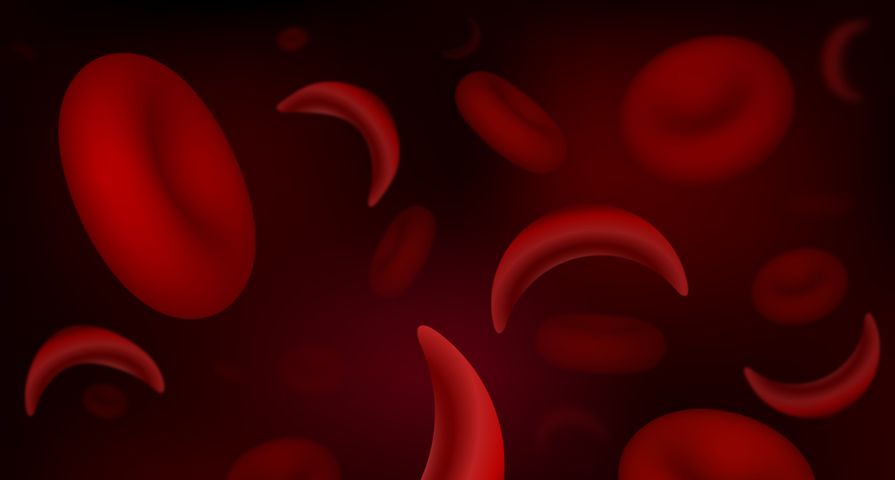 Sickle cell anemia is one of the most common forms of sickle cell disease, a blood disease that affects the shape of your red blood cells and ultimately makes it difficult for the cells to get through small blood vessels. When this happens, not enough oxygen is carried throughout the body, putting the person with the disease at risk of many serious medical complications and conditions. From symptoms of difficulty breathing and fatigue to complications such as stroke, serious organ damage, and heart failure, the effect of sickle cell anemia varies and requires treatment and monitoring. Aside from one rare and rarely successful cure, there are treatment options to make the disease more manageable. The disease has been extensively researched and is well-known in the medical world. Here’s what to know about sickle cell anemia…

The red blood cells in your body contain two vital hemoglobin molecules, a protein that carries the oxygen through your blood to travel throughout the body. For people with sickle cell anemia, they have two copies of abnormal hemoglobin referred to as hemoglobin S. This abnormal molecule is what causes the problems within the red blood cells, rendering them unable to properly complete the process of carrying oxygen where it needs to go.

These abnormal cells are from a gene mutation that can’t be changed or fixed, though there are ways to treat the symptoms that are caused by hemoglobin S. There are also ways to be tested for this gene, both as a potential parent or for children and adults with health issues that have been undiagnosed. Confirming whether or not someone has the abnormal hemoglobin that cause sickle cell anemia is extremely important for treatment and potentially extending an otherwise shortened life span.

Sickle cell anemia is a disease you get from having two sickle hemoglobin within your red blood cells. There’s no other way to develop this disease than by genetics, which only occurs if both of your inherited cells are abnormal. If you have one sickle hemoglobin in your red blood cells and one normal hemoglobin, you’re considered a carrier. Carriers aren’t affected by the genetic mutation–they won’t experience any of the symptoms or end up developing a serious medical condition from carrying the gene.

Unfortunately, since sickle cell anemia is an inherited disease, there’s no way to prevent it from being passed down because the genes needed to cause the disease are transferred to their child. That said, when both parents are a carrier, it doesn’t mean the child will automatically end up with the disease. Only one hemoglobin is taken from each parent, so there’s a chance a normal cell will be passed down by a parent. It’s even a possibility both cells passed down are normal.

The name of this blood disease, sickle cell anemia, is accurately named after the shape that your red blood cells change to when you have the disease. Red blood cells end up looking like a sickle, a farming tool with a curved, sort of half-circle blade. They’re often described as crescent-moon shapes, and it’s the change in the red blood cells that ultimately causes the many medical issues and conditions experienced by those with sickle cell disease.

Healthy red blood cells are circular and easily pass through small blood vessels because of their shape and flexibility–healthy cells are able to morph into and change shape in order to get through the vessels. When they’re no longer the right shape and change to resemble a sickle, the flexibility and ability to squeeze through blood vessels is no longer possible. As this continues to happen, people with sickle cell anemia begin to experience symptoms and if left untreated, could die from the disease.

A healthy person’s red blood cells carry much-needed oxygen and nutrients to the body to help it thrive, provide energy and for organs to function properly. Red blood cells should last about 120 days before they’re destroyed and the body creates new, healthy ones to take their place. But when people have sickle cell anemia, their red blood cells are destroyed too quickly, at an alarming rate of 10-20 days. This greatly impacts their health, as their body doesn’t get what it needs.

Once the red blood cells are gone, it starts negatively impacting many regular body functions and can put organs at a high risk of being damaged. Also, since sickle cell anemia prevents oxygen being spread through the body, infants often don’t grow at the rate they should. Red blood cells are vital to growth and health, providing nutrients and overall affecting many functions throughout the body. When red blood cells are destroyed too quickly, it prevents infants, children and pre-teens from growing as quickly and being healthy as those around them.

The abnormal hemoglobin that results in abnormal red blood cell shapes causes the body to have less oxygen in the blood than what it needs to help the body and its organs function properly. Before any serious medical conditions occur, there are many early symptoms of sickle cell anemia because the body doesn’t get the oxygen it needs. Some of the most common symptoms are fatigue, chronic pain ranging from mild to severe, and shortness of breath.

According to the Mayo Clinic, the signs and symptoms of sickle cell anemia can occur once a baby is four months old. And the symptoms are severe or disruptive enough that it;s obvious something is wrong. If you don’t get treatment to manage the symptoms to help prevent or slow down the very serious potential medical conditions that can occur because of sickle cell anemia, the disease will likely eventually cause premature death. It’s crucial for the disease to be treated and carefully managed, and monitored by a doctor.

Sickle cell anemia is a very thoroughly researched and understood disease, with the potential to cause serious medical problems. Like many diseases, sickle cell anemia affects people in different ways. Some people experience severe symptoms and serious medical problems early on–like such severe pain that causes hospitalization–while other may experience things in a very mild level of severity. Regardless of how the disease affects people in the beginning, the potential serious and long-term damage and illness is a concern for everyone with the disease.

According to the Mayo Clinic, some of the more serious medical problems include stroke, lung infections, high blood pressure, damage to nerves, kidneys and liver, and blindness. Many of these complications can be fatal, though some may be treated to prevent such a severe outcome. The reason there are so many serious complications usually comes back to the lack of oxygen and the inability for red blood cells to get through small blood vessels, which can cause blockages.

Just like there isn’t a cure or way to prevent sickle cell anemia, other than rare bone marrow transplants there isn’t a treatment for the disease itself that can actually change your genetic makeup. But the disease can become more manageable by treating the symptoms and many of the available treatments greatly reduce the severity of them. In fact, many people live generally healthy lives depending on what they suffer from as a result of the disease and if effective treatment for their symptoms is available.

The Mayo Clinic lists pain medication, antibiotics, blood transfusions, supplemental oxygen through oxygen masks, and vaccinations as some of the treatments to limit current or prevent symptoms and complications that may occur in the future. There’s also treatment for when something more severe happens, like an organ not getting oxygen and nutrients because the small blood vessel is blocked by the crescent-moon shape of the sickle cells. In addition to the standard treatments, experimental treatment is currently being developed and tested, many of which address the genetic aspect of the disease.

There’s a variety of testing available to diagnose sickle cell anemia–a good thing because of the importance to treat and prevent medical problems that affect the quality of and length of life for someone with the disease. Newborns are typically screened for sickle cell anemia at birth through a blood test, but many children, adolescents, and adults are diagnosed too. The first test usually conducted is a blood test to see if you have hemoglobin S. If the test is positive, you’re either a carrier of the gene or you have sickle cell anemia. Further testing is required to figure this out.

After discovering the abnormal gene, there are a variety of blood tests that can be conducted including using a microscope to look for misshaped cells, performing oxygen level tests, and looking for bilirubin (yellow pigment from the liver) or creatinine (indicator of how the kidneys are functioning). The disease affects many organs, which is why there are many possible tests. After a diagnosis of sickle cell disease, the patient will have frequent visits to the doctor and potentially other doctors and specialists to closely monitor the disease.