What To Know About Holiday Heart Syndrome 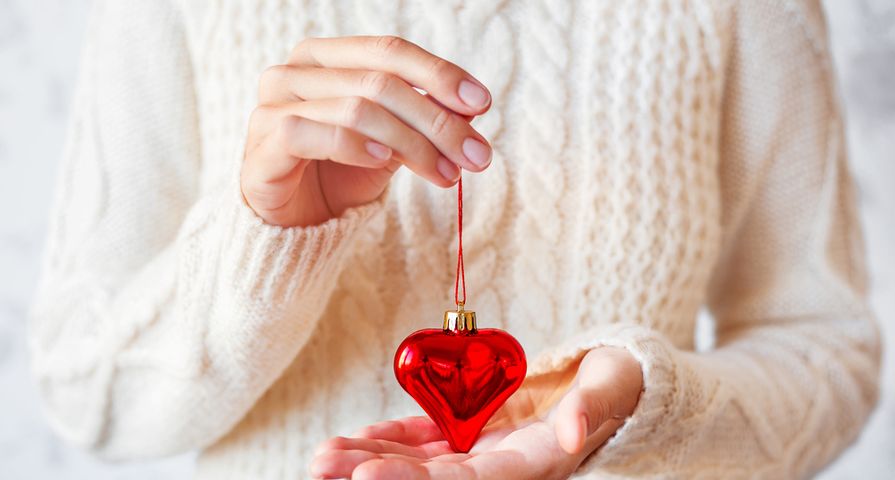 Many people take the holidays to heart – literally. While it’s a time of year to open your heart and show love for friends and family and even strangers, it’s also a time when you should mind your heart health due to certain risks. You may not have heard of this one, but holiday heart syndrome is a real thing, that carries real consequences.

It’s typically brought on by the number of parties that happen over the holiday season – but more specifically, how many adult beverages you consume during it. Let’s take a look at 12 things you should know about the syndrome, and how to prevent it…

The Name Originated More than 40 Years Ago

While you might just be hearing about holiday heart syndrome for the first time while reading this, it’s actually a phrase coined by a cardiologist in the 1970s. The doctor’s name was Philip Ettinger, who noticed that normally healthy patients had some issues with their heart around the festive season.

The original study that prompted the syndrome to be recognized involved 24 patients who were heavy and consistent drinkers, but who also binged during time off (namely the holidays). The doctors named it to be catchy and recognizable, but didn’t think it would still be as popular 40 years down the road, according to MedPage Today.

It’s Not A Specific Medical Condition

According to Health.com, there’s no actual “formal” definition of holiday heart syndrome. But it’s recognized in the health industry as a condition that involves heart palpitations or arrhythmia (abnormal heartbeat) in patients who drink heavily (during the holiday season and otherwise), landing them in hospital.

The irregular heartbeat is usually triggered by atrial fibrillation (also known as Afib), when the upper chambers of the heart fall out of sync with the lower chambers. This disrupts the heart’s ability to property pump blood through your body, according to the source.

Symptoms Can Come On Suddenly

You may have never had any trouble with your heart, but still experience a sudden lack of breath or chest pain while you’re imbibing at a holiday party. Other common symptoms that can appear out of nowhere include dizziness and a racing pulse, according to Health.com.

In some cases, adds the source, a person could be happily chatting away at a gathering (about how much money they saved on holiday shopping, for example) and the next thing is they pass out or have to brace themselves from falling. The bottom line is that there won’t be much warning of a heart episode, if any at all.

There Are More Heart-Related Deaths During The Holidays

There’s more than just A-fib related to holiday heart syndrome that occurs more often during the festive season. Time cites research from the University of Melbourne that looked at 25 years’ worth of data relating to deaths during Christmas, which takes place in summer in New Zealand.

The researchers found that mortality rates were 4-percent higher during the holiday season compared to the remainder of the year, and that the average age of those dying during this time was lower than usual. While they didn’t pinpoint the factors, the source points to all of the fixings for holiday heart syndrome: namely greater alcohol consumption, richer foods, and higher stress.

The reason why alcohol causes arrhythmia of the heart is not completely known, despite studies on the subject. However, it is well known that consuming alcohol on a regular basis can raise blood pressure, which can be a risk factor for heart disease and other cardiovascular issues – as well as sudden death.

Healthline explains that alcohol affects the nervous system, and it can also affect heart muscle and have a negative impact on the electrical system that is inherent in heart cells. The conditions created by chronic drinking can also reduce blood flow in the brain, which can lead to stroke.

Holiday Stress May Also Be a Factor

Healthline points out that partying more and traveling during the holidays can lead to disrupted sleep patterns and an improper diet (think about all of the tables lined with sugar and fat-filled sweets everywhere you turn), which are both risk factors for heart issues.

Aside from stress, overeating and over drinking, there can be a risk to your heart from other common activities during the holidays. Think about the amount of work that goes into decorating your home for a party, or how many times you might have to shovel your walk to allow clear access for your guests.

While getting regular exercise is a good thing for heart health, EveryDay Health says “strenuous” activity can spike your heart rate. If you’re not already well conditioned, this means a surge of adrenaline that can cause a heart attack or even sudden death, adds the source. Even those who exercise regularly could be at risk if they exert themselves especially hard, adds the source.

The Amount of Alcohol That Causes Arrhythmia Isn’t Known

A post from Harvard Medical School explains that there has been a number of studies to try and pin down exactly how alcohol binging will cause a patient will experience heart troubles. However, while there have been several theories, none of them have been proven, adds the source.

While it’s generally believed in the medical community that the more one drinks, the more the risk of Afib, the exact amount of alcohol that will trigger an episode (or who might be most at risk) isn’t known. However, the source says it’s generally accepted that keeping it to 2-drinks a day for men and 1-drink daily for women (classified as “moderate drinking”) seems to pose no additional risk to heart health.

It Can Happen To Anyone

Health.com notes there are some risk factors for Afib, including a history of high blood pressure and those who are considered obese. It also seems to be more prominent among women and the elderly, adds the source.

However, even the fittest among us, and those who won drinking competitions during their college years might be at risk for holiday heart syndrome. If you’re healthy and you stuff a lot of rich foods in your face and fail to stay hydrated while enjoying alcoholic beverages, you could be at risk.

CNN notes that many people who end up with holiday heart syndrome might not even know that they’re drinking too much. However, with parties happening at the office one day with another gathering at night and one more with family the next day, your alcohol intake might suddenly jump without giving it too much thought.

Even if it’s spaced out a bit, it’s still considered binge-drinking, notes an article from the source. Add to that the different types of drinks you might have at each event – keep in mind there’s 14-grams of alcohol in a 355-ml beer or a 1.5-ounce glass of hard liquor, both considered a standard drink – and it might be hard to keep track of how much alcohol you’re actually consuming.

It Often Isn’t Too Dangerous

While we’ve already told you that studies have showed more people die during the holidays (at least in New Zealand) or end up in hospital with cardiac complaints, Healthline notes that holiday heart syndrome itself isn’t often a cause for too much alarm – although feeling fluttering in your chest from palpitations can be concerning.

The symptoms often resolve within a 24-hour period, but the source says the key thing is to recognize the potentially risky behaviors associated with the syndrome and change course if you’re feeling off – whether that’s reducing your drinking, eating, strenuous activity, or all of those things.

It Usually Goes Away When You Stop Drinking

The good news is that while it may seem like you’ve developed a new heart condition over the holidays from over drinking (or any of the other factors we’ve mentioned), Health.com notes that when you curb your alcohol consumption, you generally also shed the symptoms of holiday health syndrome.

But even though the effects may be temporary, and you don’t have any prior history of heart troubles, you should still see a doctor as a follow-up to be sure, says the source. If you have chest discomfort that lasts more than 20 minutes (or trouble breathing and dizziness), then it’s wise to seek more immediate medical attention, it adds.