Approximately 23.6 million people in America have diabetes, a serious, metabolism disorder and a condition that will affect the rest of their lives. And the diabetes epidemic is growing with a reported 1.6 million people diagnosed with diabetes each and every year!

Diabetes affects the manner in which the body metabolises and utilizes digested food for energy. The majority of the foods we consume are broken down into glucose, or sugar in the blood, which provides the fuel and energy that our bodies need to our cells. For glucose to pass through the bloodstream and into our cells, insulin, a hormone produced by the pancreas, must be present. However, in those with diabetes, the pancreas produces little or no insulin, meaning the cells don’t respond to the insulin, and the unused glucose builds up in the blood, overflows into the urine, and passes out of the body where this valuable source of fuel is lost.

Type 1 diabetes only impacts 5 to 10 percent of diagnosed diabetes patients in the U.S. It most often shows itself in children and young adults, but can appear at any age. This autoimmune disease affects the body’s immune system and ability to fight off infection. With type 1 diabetes, the immune system actually attacks the insulin-producing beta cells in the pancreas and destroys them so individuals must take insulin shots daily in order to produce energy and survive.

Type 2 diabetes is the most common form of the disease. It’s estimated that 90- to 95-percent of people with diabetes are afflicted with type 2, which is linked to obesity (80-percent of patients), advanced age, family history, and physical inactivity. Type 2 diabetes rates are skyrocketing, with more and more overweight children and adolescents being diagnosed each year.  Those with type 2 diabetes produce adequate insulin, however the body is unable to use it effectively as a main source of fuel.

Gestational diabetes develops only afflicts women when they are pregnant. African Americans, American Indians, Hispanic Americans, and among women with a family history of diabetes are most at risk for this form of the disease. What’s worse is that women impacted with gestational diabetes during pregnancy have a 20- to 50-percent of developing type 2 diabetes within 10 years time. 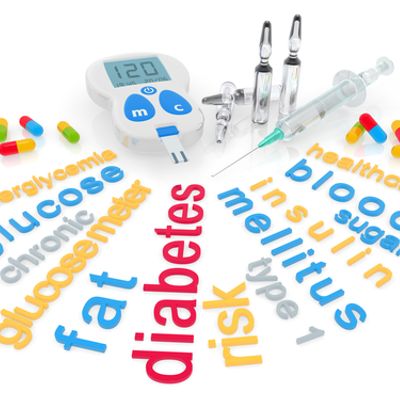