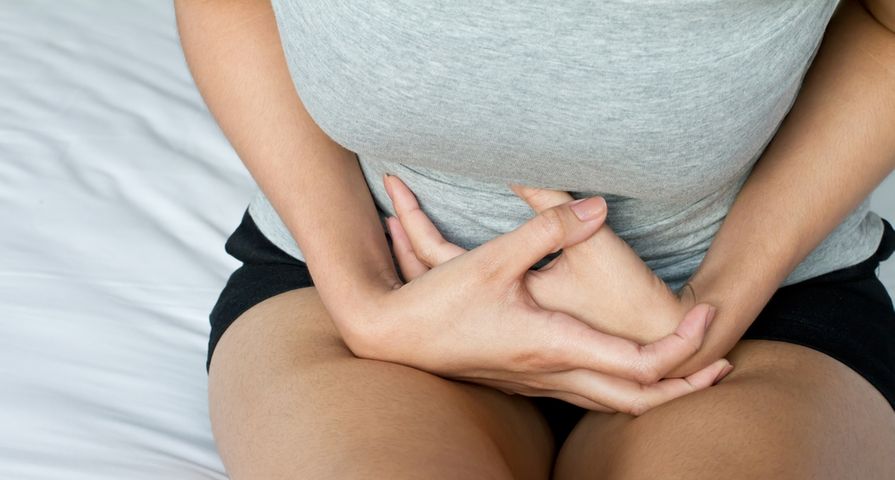 This illness has the word “flu” in it, but let’s be clear, it’s not the same thing as influenza and is not caused by the same virus as the flu. In fact, in many cases, there’s no virus at all.

The confusion is that stomach flu can mimic symptoms of influenza, and in some cases, make people even sicker to their stomach, which is why some people dread stomach flu even more. Let’s take a look at 12 facts about gastroenteritis…

WebMD explains that stomach flu is when your stomach and intestines, also known as your gastrointestinal tract, become inflamed or irritated. This in turn affects your body’s ability to absorb water.

The cause is often viral, but it’s a completely different virus from influenza (so the flu shot won’t likely help you at all in this case). However, there is a vaccine that may stave off some cases of stomach flu, which we’ll get to…

2. Taking The Guesswork Out of Gastroenteritis

If you have stomach flu, you’ll have specific symptoms that differ from “regular” flu. VeryWell Health notes that people with stomach flu will often feel it where the name suggests – in the stomach.

That means you’ll be making several trips to the bathroom due to vomiting and/or diarrhea, and you’ll probably have cramping in your abdomen too. Sometimes there’s a fever involved, which may confuse some people as to which illness they’re dealing with.

It can be particularly difficult to deal with stomach flu in a child, as they often don’t give you the cue that they’re feeling ill to their stomach and – oops! Clean-up in aisle 4.

Parenting.com offers a “stomach flu treatment and survival guide” for parents, noting you should ensure your child is well hydrated during their illness and avoid giving them anything containing caffeine, which can lead to more dehydration. Doctors will likely recommend an “oral rehydration solution” such as Pedialyte or Ricelyte for children under 1-year-old.

4. The Causes of Stomach Flu

Viral gastroenteritis seems to be the most talked about and for good reason. Viruses cause “close to half of all gastroenteritis cases in adults and even more in children,” explains WebMD. Rotavirus is high on the list of culprits.

However, there are other reasons for stomach flu. It could a bacterial infection (such as E. coli or salmonella) or a parasite. It can also be a bad reaction to food, but it’s not to be confused with food poisoning, which causes a more sudden illness.

The Centers for Disease Control and Prevention (CDC) explains norovirus is very contagious, “and can infect anyone.” It can be passed from an infected person to another through contaminated food or water or from touching a contaminated surface.

The virus, which sources say is actually the most common cause of stomach flu, causes classic symptoms, including stomach pain, nausea, vomiting, and diarrhea, adds WebMD. The symptoms can be especially concerning in younger children and older adults.

This virus is apparently responsible for most cases of stomach flu in younger children, according to Caring For Kids. Unvaccinated children will have at least one episode of rotavirus-related diarrhea by the time they turn 5-years old, says the source.

This virus is typically spread by touching the hands of someone who is infected or by touching an object (such as a toy) that has been touched by the sick person. These germs can survive “a long time” on surfaces, so disinfecting your home could be helpful.

7. How Does Stomach Flu Spread?

Health.com says stomach flu typically spreads through the fecal-oral route, “which is just as gross as it sounds.” Viruses from infected stool or vomit can find their way into another person’s mouth, through changing diapers or by another method.

It can also be spread through contaminated food, in fact, “norovirus is the number one cause of foodborne illness in the U.S.,” says the source. Contaminated solid surfaces are also another way the bug can spread, and compared to other viruses, “noroviruses can be surprisingly hardy and live for days on household surfaces, which is why they spread easily,” adds the source.

8. When To Bring in Medical Help

The biggest challenge from stomach flu (other than feeling miserable) is possibly becoming dehydrated through constant vomiting and diarrhea. If this occurs, medical attention will be required, as it can be life-threatening, notes WebMD.

While anyone can end up with stomach flu from the reasons we’ve mentioned, there are certain groups that can be more susceptible to developing the illness, says the Mayo Clinic.

Those groups include young children in elementary schools or daycare, as their immune systems may not have developed enough to fight off a stomach bug. Older adults may also be at higher risk (especially those in nursing homes), as their immune efficiency starts to drop. Anyone who has lowered immunity from an infection such as human immunodeficiency virus (HIV) or is undergoing treatment such as chemotherapy may also be more likely to get stomach flu.

Unlike influenza, which can lead to life-threatening respiratory conditions (including pneumonia), stomach flu doesn’t usually lead to anything serious, says MedicineNet.com. “Most patients who get gastroenteritis have no complications and will completely recover,” it offers.

However, dehydration is still a major concern when it comes to stomach flu, as it can be deadly too. Infants, pregnant women, the elderly and the immunosuppressed “usually dehydrate faster than healthy adults,” and it can be more of a challenge to rehydrate them through traditional oral methods.

11. Getting Ahead of Stomach Flu

The Mayo Clinic says there are a number of ways to prevent the stomach flu, which is always better than having to treat it. One thing you can do is have your child vaccinated against the rotavirus. “Given to children in the first year of life, the vaccine appears to be effective in preventing severe symptoms of this illness,” says the source.

Other preventative practices to follow are proper hand washing (warm water and soap and rubbing hands for at least 20-seconds), using separate items when people in the home are ill, avoiding close contact with the patient if possible, disinfecting solid surfaces, and surveying your childcare center to ensure proper practices are being followed (such as separate rooms for changing diapers and preparing food).

In the case of viral stomach flu, antibiotics won’t help. However, there are a number of other ways to help alleviate the symptoms of stomach flu – some medical and some home remedies – according to MedicalNewsToday.com.

It notes doctors may resort to antiemetics such as promethazine, ondansetron, metoclopramide, or prochlorperazine to relieve feelings of nausea. However, many over-the-counter drugs such as ibuprofen and acetaminophen can also help (the latter may have fewer side effects in patients who are already dehydrated). Antidiarrheals such as subsalicylate (Pepto-Bismol) and loperamide hydrochloride (Imodium) can also be used, but Pepto-Bismol is not suitable for kids. Remember to stay hydrated by taking “slow sips” of clear broth and caffeine-free sports drinks. Ice chips can also be useful if the patient is having trouble keeping fluids down.