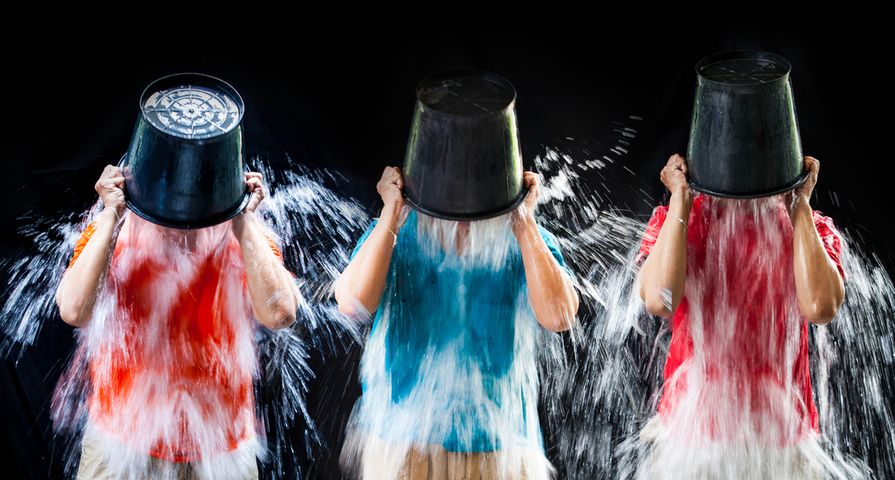 The health and wellness headlines of the past year may have caused a few of us to experience a roller coaster of health-related symptoms. From stomach-churning coverage of Ebola and domestic violence to heart-wrenching awareness of depression and ALS—2014 sure did cover the gamut of health topics, trends, causes, and scientific discoveries that will, no doubt, impact 2015 and beyond…

The reality of the Ebola outbreak in West Africa—which hit the countries of Sierra Leone, Guinea, and Liberia particularly hard—was undoubtedly on the top of our news radar this past year.  The virus resulted in the infection and fatality of thousands of West Africans, however it was the mass hysteria it caused back in North America that was the most shocking, misguided, and just plain scary.

As heath care experts continued to assure us that Ebola could only spread via direct contact with bodily fluids with an infected person, anger towards foreign healthcare workers and demands to ban travel showed us that the fear over Ebola far surpassed the real life threat of the actual virus.

A big bag of dirty NFL laundry was exposed this year after a TMZ video surfaced of Baltimore Ravens player, Ray Rice, dragging then-fiancée (now wife), Janay Palmer, unconscious from an elevator in Atlantic City, New Jersey. TMZ followed up that footage with additional video of Rice punching Palmer and rendering her unconscious inside that same elevator.

On March 27, 2014, a grand jury indicted Rice on third-degree aggravated assault. The charges were later dropped when he agreed to court-supervised counseling. While the NFL’s Commissioner, Roger Goodell, eventually terminated Rice’s contract and suspended him from the NFL indefinitely, Rice won an appeal and was reinstated in November. Goodell later stated that he “didn’t get [Rice’s punishment] right” and announced longer suspensions for spousal or partner abuse incidents among the NFL’s professional athletes, as well as for wide scale cover-ups by teams.

The polio-like illness known as Enterovirus D68 struck U.S. children across 48 states (including the District of Columbia), infecting a reported 1,149 individuals, mainly children, in the fall of 2014, according to the U.S. Centers for Disease Control and Prevention.

The nationwide outbreak of the extreme respiratory illness is transmitted via respiratory fluids (i.e., mucous, sputum, and saliva) and resulted in symptoms of cough, fever, runny nose, sneezing, and muscle stiffness. But severe cases causes wheezing, shortness of breathing, and polio-like paralysis in patients with existing asthma and lung conditions.

4. Putting a Beloved Face to Depression

America mourned the loss of comedian and actor, Robin Williams, who put smiles on so many faces yet sadly ended his own life on August 11, 2014. It was revealed shortly after by William’s wife that the actor struggled with depression for years and had recently received a Parkinson’s disease diagnosis.

Williams’ massively publicized death put a well-known face to the often marginalized topic of mental illness and depressive disorders. His silent struggle in the dark and his tragic demise created a fresh dialogue around a multitude of misunderstood and misdiagnosed disorders.

5. Measles Made a U.S. Comeback

During the month of May 2014, the U.S. Centers for Disease Control and Prevention (CDC) informed the American public about a measles comeback of epic proportions. The highly contagious respiratory virus swept 24 states in a reported 20-year high.

Genetic testing for breast cancer shot across North American headlines in late 2013 when actress, Angelina Jolie, revealed that she underwent a preventative double mastectomy after genetic testing revealed she had the BRCA1 (breast cancer gene 1) gene. Even though the actress underwent surgery the year previous, her decision to do so dominated health news headlines into fall 2014.

In September 2014, the Canadian Cancer Society saw a spike in women seeking genetic counseling and testing among females with a high risk for developing breast or ovarian cancer due to a genetic link (among first-degree relatives) or a BRCA gene mutation.

If you don’t believe you are one of the many folks addicted to social media—I dare you to turn your cell phone off and leave it at home for the entire day! Can’t do it can you? Don’t feel guilty, you’re not alone. In fact, research from psychiatrists at the Los Angeles Department of Children and Family Services, points to personal technology and social media as major health threats.

Research shows that social medias (i.e., Twitter, Instagram, and Facebook) promote self-conscious behavior, body image issues, unrealistic and unhealthy ideals, social and personal relationships, and even poor posture—which is why many health professionals are calling for a self-induced “digital detox” to take a much needed break from technology and the risk of social media dependence.

Benzene Sunscreen Recall 2021: Things to Know & Why Consumers Are Concerned

Even though the videos of friends and family dumping ice water over their heads are long gone from your Facebook feed, the Ice Bucket Challenge certainly created plenty of awareness around ALS. If you don’t believe that, ask yourself if you knew what ALS (or Amyotrophic Lateral Sclerosis) was prior to those videos?

Indeed, most of us certainly know what ALS (also known as Lou Gehrig’s disease) is today. The Ice Bucket Challenge put the fatal and incurable neurodegenerative disease top of mind—not to mention the fact that it raised more than $100 million in donations for ALS non-profit organizations and research.

If you hightail it to your doctor at the first sign of a sniffle, research from the Centers for Disease Control and Prevention (CDC) this past year regarding the overuse of antibiotics and the troubling consequences should make you think twice.

The CDC revealed that antibiotics are often prescribed when they’re not necessary with dire results. For example, the study revealed that patients who take antibiotics for unnecessarily minor infections can develop drug-resistant bacteria that outlive the drugs.

Not only did U.S. CVS pharmacy chains butt out the sales of cigarettes as of September—the FDA also put an equal burn on electric cigarettes (or e-cigarettes) when they proposed new regulations to ban their sale to minors.

The FDA also ensured the implementation of health warnings on e-cigarette packaging. However, the World Health Organization (WHO) took things one step further and recommended that worldwide regulations be put on e-ciggies to ban indoor e-smoking.