Things You Didn’t Know About Earwax 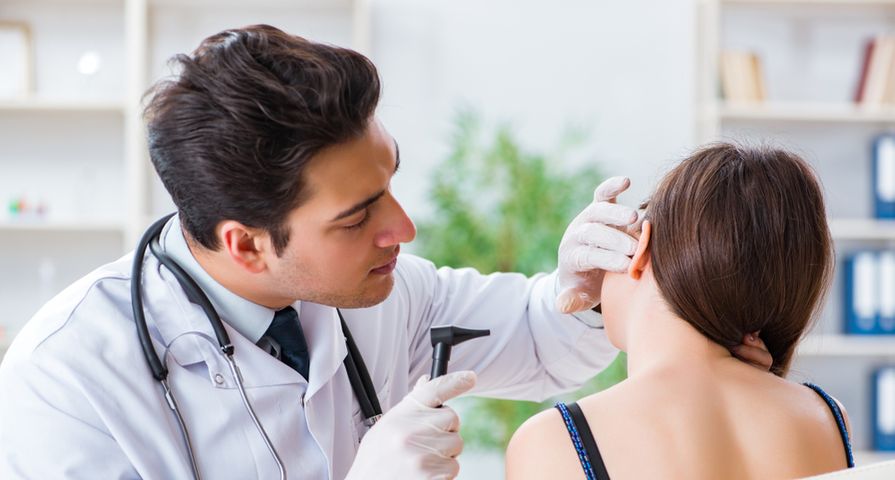 Did you know that around $200 million was spent on Q-tips in 2018? While it can be handy when you’re applying makeup or deep cleaning small spaces, the most common use for these products is to clean your ears. For instance, one survey shows that 68-percent of respondents use cotton swabs to clean their ears.

The problem is that using cotton swabs to remove earwax can be dangerous. In fact, earwax actually serves a purpose that could make you think twice before cleaning your ears out next time. So, why exactly do we have earwax, and what is the purpose of it? We found the answers and some other interesting facts too.

Earwax Is Not Technically Wax

As troublesome as earwax can be, our bodies produce it for a reason. Mayo Clinic explains how the correct medical term for it is cerumen.

While it’s called wax, it isn’t actually wax at all. The name comes from its waxy texture but it’s actually a waxy oil that is partially made of skin cells. Earwax is produced by ear canal glands that make their way to the opening of the ear.

It Protects Your Ears

Medicine Plus says there are two main ways wax protects the ears. Cerumen helps trap and prevent dust, bacteria, and other germs from entering and damaging the ear.

It also protects small objects from entering. Earwax even protects the skin in the ear canal from getting irritated when water enters.

Part of your hygiene routine may consist of cleaning the ears free of wax because it’s gross. The reality is, your earwax is not a sign of poor hygiene. Cerumen is needed as a natural moisturizer to protect the ear from becoming too dry.

Harvard Health also says that earwax is a sign of normal and healthy ears. It’s necessary to trap dirt and dust, absorb dead skin cells and debris, and protect the inner ear from potential hazards.

There Are Two Types of Earwax

Not all earwax is produced the same. There are actually two types of earwax people have that depend on their ethnicity and health.

The first type is dry earwax that appears white-gray in color. Healthline says it’s most common among people of East Asian descent. The second type of earwax tends to be wet with a yellow-brown appearance. A mutation of a gene gives it a wet texture and it’s common in most other ethnicities.

While everyone has an earwax color they are used to, there are reasons as to why your earwax may appear a different color. It can change over time in both color and texture depending on the reason. Healthline says the colors of earwax are often associated with the following reasons:

The Ear Is Self Cleaning

Many people clean their ears out with a cotton swab to get rid of wax buildup. But it turns out that earwax is not meant to be removed manually on a regular basis. The ear is self-cleaning, which means it gets rid of earwax naturally.

Cleveland Clinic explains how old earwax is moved by everyday motions, like moving your jaw while chewing or simply talking. It eventually reaches the outside of the ear and flakes off. If your ears are unable to remove wax naturally, then it could lead to a buildup.

When you’re feeling stressed, it can take a toll on the entire body. Even your earwax can be impacted by this feeling. HuffPost reports that our apocrine glands, which help to secrete wax, are responsible for smelly sweat.

The body undergoing stress can make you sweat more in general. This impacts the body and the apocrine glands by increasing your earwax production. It’s possible for other strong emotional responses to trigger this sweaty circumstance such as fear, anger, or anxiety.

If you’ve ever dealt with a buildup of wax, then you should know you’re far from alone. In fact, around 6-percent of people in the U.S. suffer from earwax impaction, which is a fancy term for when earwax builds up and causes a blockage.

It also happens to be the most common ear pathology treated in otolaryngology clinics around the world. Doctors in this specialty focus on the ear, nose, and throat.

Earwax Buildup Can Be Painful

Earwax impaction is a really uncomfortable condition that can hinder your hearing and escalate to pain or infection if it’s not properly treated. This is why you should visit your doctor if you suspect you have a buildup of earwax.

To help relieve patients of earwax blockages, doctors use a small curved instrument called a curet or by suctioning the wax out. Mayo Clinic says doctors can also flush out the wax using a water pick or syringe filled with warm water.

There are some telltale signs that you’re experiencing earwax impaction. The symptoms can be persistent and may not go away without proper treatment. Symptoms of wax buildup include:

Signs of an Ear Infection

While many people will experience mild symptoms that may eventually go away, other cases can escalate into infections. You’ll want to see a doctor as soon as possible if you’re dealing with the following symptoms:

See a Doctor Before Picking Up a Cotton Swab

An important rule to live by is to never put anything in your ears, especially cotton swabs. It can be a tough habit to break since so many people tend to clean their ears as part of their hygiene routine. Ultimately, the dangers of using them outweigh the benefits.

Cleaning your ears with a swab can result in pushing ear wax further down the ear canal and damaging the eardrum. The best way to cure your earwax woes is by leaving it to the professionals. Schedule an appointment with your doctor and have them safely remove the buildup to get your hearing back to normal.