The Signs and Symptoms of PTSD 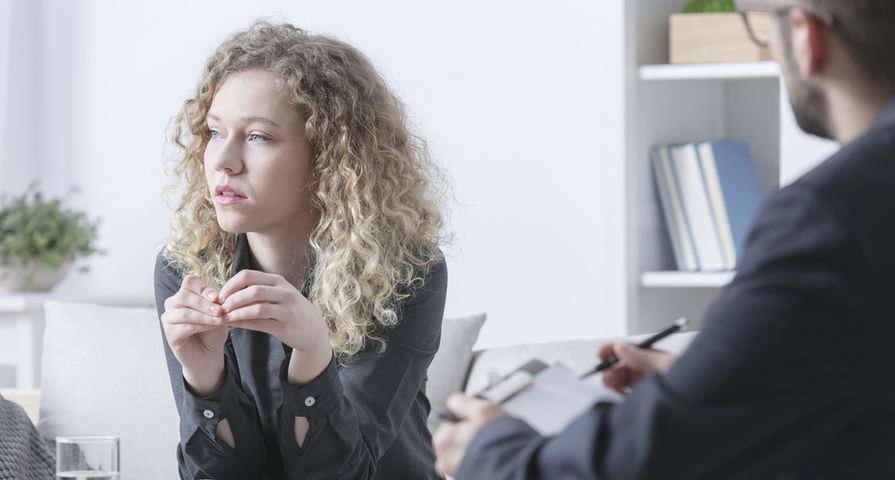 According to mental health professionals, post-traumatic stress disorder (or PTSD) is a mental condition that results in a series of emotional and physical reactions in individuals who have either witnessed or experienced a traumatic event.

Events that cause the individual to fear for personal life and wellbeing—such as a car collision or other accident, a physical or sexual assault, long-term abuse, torture, a natural disaster, living in a war zone, or life-altering experiences like the death of a loved one—can all spur the following PTSD symptoms…

PTSD will often begin with a series of common physical ailments—such as headaches or migraines, dizziness, fatigue, chest pain, breathing difficulties, and stomach and digestive issues. At first, the person might not realize that their pain is related to their PTSD. According to the U.S. Department of Veterans Affairs, 15 to 35-percent of people who suffer from chronic pain also have PTSD. It also refers to one study that found 51-percent of patients with chronic lower back pain also had PTSD.

“For people with chronic pain, the pain may actually serve as a reminder of the traumatic event, which will tend to make the PTSD even worse. Survivors of physical, psychological, or sexual abuse tend to be more at risk for developing certain types of chronic pain later in their lives,” says the source.

It’s very common for those with PTSD to suffer nightmares or flashbacks—a symptom known as re-experiencing—in which the patient suddenly and vividly re-lives the traumatic event in a repetitive manner. Re-experiencing can enter dreams or come on suddenly in waking images or sensations of physical and emotional pain and fear. It may cause both children and adult sufferers to have sleeping difficulties and anxiety leaving the safety of home.

These symptoms can be extremely terrifying for the patient, because they are reliving their trauma all over again. These nightmares or flashbacks can be triggered by something whether its thoughts, smells, something someone said, or a noise. “Those [triggers] go to the deep part of your brain. Your instincts take over,” says Elspeth Cameron Ritchie, MD, MPH, a retired military psychiatrist, to Health.com.

Mental phobias, which professionals deem as irrational and persistent fear and avoidance of certain objects or situations can cause extreme anxiety in PTSD sufferers to the point where it causes paranoia and depression.

Both adult and children PTSD patients with solid social lives and interests may suddenly lose interest in their favorite hobbies, activities, and friends that they used to be very passionate about. Seeking out risky behavior can also be a form of escapism through drug or alcohol abuse, or thrill seeking.

Avoidance of any physical or mental stimuli that reminds them of a past traumatic event can be typical of PTSD. For example, those involved in tragic car collisions may avoid driving and commuting in a car. PTSD could also cause particular avoidance of places or people that remind you of the traumatic experience.

While this avoidance can be something as specific as driving in a car, it can also be broad. “If someone has been a victim of sexual assault, not only do they avoid that person who might still be at their university, but they might avoid men altogether, avoid going to classes. They become immobilized,” says Jack Nitschke, PhD, associate professor of Psychiatry and Psychology at the University of Wisconsin School of Medicine and Public Health, to Health.com. This avoidance can also include refusing to talk about the event and looking for solace in things like drugs or alcohol says the American Psychological Association.

Repression, or the intentional blockage of memories associated with a past event or experience, is also a symptom of PTSD. The patient may destroy pictures or memorabilia of a time in their life or attempt to distracting themselves by throwing themselves into work.

It’s very common for those with PTSD to try to numb their feelings. After all, it’s hard to suffer pain when you don’t feel any emotion at all. Emotional numbing often leads to the gradual withdrawal and eventually complete isolation from social circles.

It’s common for those with PTSD to suffer jitters so severe that it becomes impossible to relax due to the fear of threats. These individuals can be characterized as “on edge” and “jumpy” or easily frightened. The National Institute of Mental Health writes that “arousal symptoms are usually constant, instead of being triggered by something that brings back memories of the traumatic event. They can make the person feel stressed and angry. These symptoms may make it hard to do daily tasks, such as sleeping, eating, or concentrating.”

This state of constant fear and paranoia can cause extreme PTSD-associated irritability, indecisiveness, and a total lack of concentration, sleeplessness, and difficulty maintaining personal relationships.

Those PTSD patients who can’t get past their negative experience may find it difficult to move forward and maintain a healthy life. They may blame themselves and constantly relive the event, wondering how they could have prevented it. Often, immense shame and guilt will set in if they blame themselves for the tragedy.

In 2013, mood-related symptoms became a huge part of diagnosing PTSD, including guilt and shame. “These aren’t necessarily unique to PTSD, but I think there’s a change after the trauma,” says Sonya Norman, PhD, director of the PTSD consultation program at the National Center for PTSD and professor of Psychiatry at the University of California San Diego, to Health.com. “Because of what they saw or what they did, or [because] they couldn’t save the day, they feel a lot of guilt. It’s very common to overestimate how much control they had and blame themselves.”

This one is related to hyper-arousal because it affects behavior and emotion. According to WebMD, someone who is suffering from PTSD will experience a change in their behavior because of their heightened emotions. They might react to things differently than they would have before. The example WebMD uses is, if they were a careful driver before, they might become super aggressive and dangerous with irrational outbursts.

Other behaviors that might change is their ability to sleep at night or even focus on a single task. They’ll be overcome with many different debilitating emotions such as fear and anxiety, which will make it hard for them to get through even the most simple everyday tasks. When it comes to children or teenagers who are suffering from PTSD, their symptoms are very similar to adults but might include “disruptive, disrespectful, or destructive behaviors.”

WebMD also notes that PTSD doesn’t always present with obvious signs such as nightmares and flashbacks. Someone who’s suffering might experience mood changes, and these moods aren’t always related to the traumatic event or rather might not appear to be.

The best way to tell is whether their mood is negative. “You may feel hopeless, numb, or bad about yourself or others. Thoughts of suicide can come and go. Deep feelings of guilt and shame are common, as well,” says WebMD. The source also points out that patients might not enjoy the same activities they once did and do not feel the same motivation to maintain relationships.

According to the National Institute of Mental Health, people who have PTSD will feel stressed or frightened, even when they are no longer in danger. This puts them on high alert at all times, which is referred to as hypervigilance. “You’re scanning the environment all the time,” says Elspeth Cameron Ritchie, MD, MPH, a retired military psychiatrist, to Health.com.

When we say someone is on high alert we don’t mean they’re looking behind their shoulder every few minutes, but they might do certain things to make themselves feel safe. For example, in public places like a restaurant or lecture hall, they might want to sit with their back to a wall so they can see what’s around them at all times.

This one is closely related to hypervigilance, because it has to do with them being on edge and alert. While people with PTSD will protect themselves by making sure they are always ready to respond, they can still be easily startled. Health.com writes that they will likely have an exaggerated response when they are surprised or startled, especially if it reminds them of their original trauma.

“Somebody comes up close behind you and you jump a mile,” says Dr. Nitschke to Health.com. “Before the trauma, you wouldn’t have. Hyperarousal can interfere with sleep and concentration, and it may also come out as outbursts of anger.”

In order for someone to be diagnosed with PTSD, they have to be suffering from the above symptoms for at least “a month or so.” The National Institute of Mental Health also points out that these symptoms should be severe enough that they interfere with daily life. It’s important to note that medical problems and substance abuse must also be ruled out as probable causes for the change in behavior.

“In many people, you’ve got chronic symptoms that wax and wane,” says Dr. Ritchie to Health.com. “In some people, they go away and in others they stay bad.” If you or anyone you know are experiencing any of these symptoms over a span of a few months, talk to a doctor or medical professional.