The Diagnosis of Brain Death: Six Signs and Symptoms 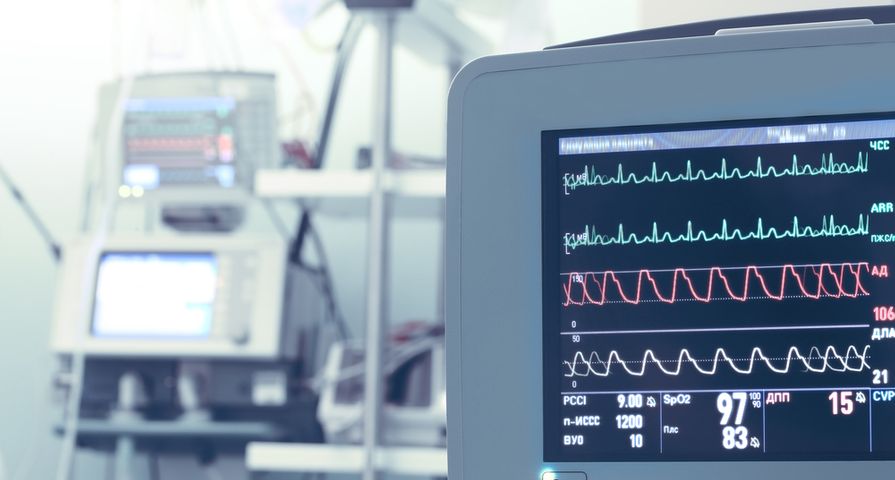 The brain is the master computer for all of your functions, so if it has failed, there’s no wonder that almost all bodily functions will be impacted along with it. It’s possible for a person to appear to still be alive when their brain is no longer functioning, but a brain-dead person is not legally considered to be alive.

That means while the patient is still breathing (with the help of a ventilator) and their heart is beating, their brain has called it quits. This is a situation that can occur after a patient has been placed on life support, and is not the same as a coma (which is an unconscious state a person can come out of), notes the Better Health Channel in Australia. Here are six signs of brain death…

1. The Patient Can’t Breathe on Their Own

One major telltale sign of brain death is that the mechanism in the brain that keeps you breathing when you’re not conscious won’t kick in. That means to get a diagnosis of brain death, doctors will often see if a patient can breathe unassisted, notes the National Kidney Foundation.

The University of Miami Miller School of Medicine posted guidelines for brain death determination. It mentions a few reflexes related to the eyes that will be absent if a person is clinically brain dead.

For example, the source explains that the pupils won’t change in size depending on light conditions, and the eyes won’t move with reflex testing (for more than a minute). There’s also the absence of a corneal reflex (blinking) when touched with a piece of tissue or cotton swab or even a squirt of water, it adds.

The normal ways a person may recoil or verbalize pain are absent when they have experienced brain death. However, ScienceDaily posted an interesting (although unrelated) article that states a patient may still have spontaneous movements following a brain death diagnosis.

Pain signals normally travel to the brain for a reaction, but these sudden movements (and even some movements triggered by touch) in brain dead patients “are spinal reflexes that do not involve any brain activity,” according to an expert cited by the source. A study in Argentina shows that of 38-clinically brain dead patients, 15-of them had motor movements in the first 24-hours, but none after 72-hours. Electroencephalogram (EEG) tests confirmed there was no brain activity in the patients that moved, it adds.

4. The Heart Will Stop Beating Without a Ventilator

An article from LiveScience explains that some cases of brain death can be especially tough on families, because some of the bodily functions – such as a heartbeat – continue after brainwave activity has been shown to be absent.

In fact, the heart has an “intrinsic” electrical system that allows it to continue beating without assistance from the brain, and it can even continue beating outside of the body, it adds. However, without the assistance of a ventilator providing a continuous flow of oxygen and blood, “this beating would stop very quickly, usually in less than an hour,” it notes.

5. The Patient Shows No Signs of Recovery

As we mentioned before, brain death is not the same as a coma, although they may appear the same to someone watching from the outside. USAToday posted an article in 2014 explaining the key differences between brain death, coma, and vegetative state, which seem to be terms used interchangeably.

As noted before, brain death is the absence of brain activity, with no hope for revival – the patient is clinically dead. A coma is an “eyes-closed, depressed consciousness from which they cannot be aroused,” but there are “purposeful” brain stem responses and spontaneous (natural) breathing. A vegetative state means the patient is alive but has “severely impaired consciousness”. The eyes may open in the latter condition, but the patient won’t be aware of their surroundings. Sources note about 50-percent of patients in a vegetative state wake up after a month, but will often have ongoing impairments.

6. The Patient is Eligible for Organ Donation

Unlike a coma or vegetative state patient, a doctor may clear a brain dead patient for organ donation (who have given consent beforehand), and these patients are in fact are among prime candidates to save others through tissue or organ transplants, notes OrganTransplants.org.

The source explains that in the U.S., most organ donations are from brain dead patients – but less than 1-percent of all annual deaths in the country are a result of brain death. Vital organs such as the heart can still be used, as opposed to someone who has died from cardiac arrest where “vital organs quickly become unusable for transplantation”. However, tissues and bone can still be used up to 24-hours following death in cardiac arrest cases, it adds.