What to Know Before You Donate Blood 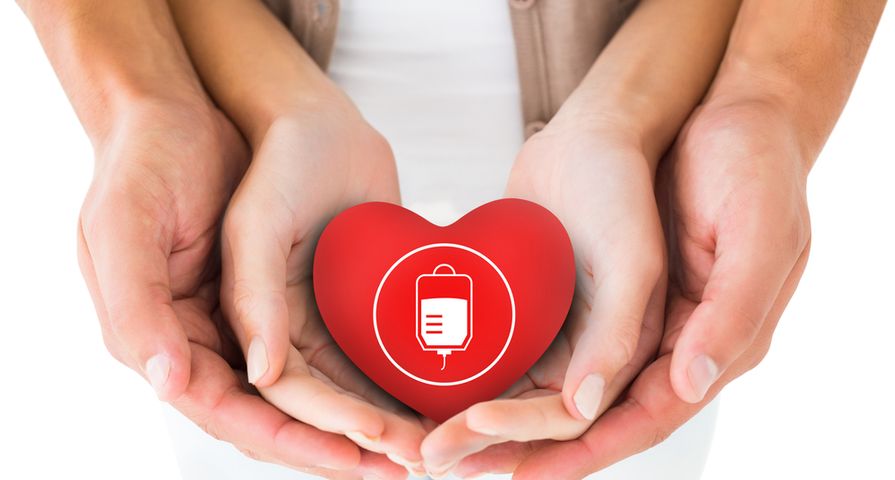 Saving a life is something almost everyone can do in their lifetime – it doesn’t have to be a heroic rescue of someone drowning in a raging river or rushing into a burning building to retrieve a toddler either. It can be something as simple as rolling up your sleeves.

Giving blood likely won’t give you the hero spotlight in the local news, and it’s something that makes some people squeamish, but it’s a relatively painless procedure and a safe way to give life. Consider that 1 in 7-people entering a hospital will need blood, and just 1-pint of your blood can save three people, according to America’s Blood Centers. However, there are still some important things to consider before making the decision to be a blood donor. Let’s look at 12 of them…

The restrictions around whether you’re eligible to donate blood are constantly changing, so you have to keep yourself informed, or potentially risk being turned away at the door.

Luckily, you don’t have to guess or constantly do research on the subject if you’re thinking of giving blood, because the American Red Cross maintains a list of eligibility criteria for blood donation that’s even alphabetized for easier access. From acupuncture to Zika virus, the Red Cross informs you of the impact of each on your ability to give blood.

Health.com says that the FDA “regulates donor blood just as aggressively as it regulates drugs,” and that a healthy amount of money is invested into ensuring donor blood is properly tested for infectious diseases.

These high levels of standards from the FDA imposed on blood clinics means the recipient won’t have to worry about potentially ending up with a problem that’s as serious as the one that required them to need blood in the first place.

When You Can’t Donate

As we just noted, you should always check on the latest rules surrounding blood donation eligibility, but there are some longer-standing rules that seem to be pretty standard.

The University of California San Francisco says you can’t donate if you’re younger than 17, weight less than 110-pounds, have injected drugs (that are non-prescription), or are in “a high-risk group for AIDS.” Also, you’ll be turned away if you’ve had a body piercing in the tongue, nose or belly button in the past 12-months, it adds. Tattoos also mean a 1-year deferral.

Be Prepared To Get a Little Physical

It’s not the same extent of the annual physical exam you’d get at a doctor’s office, but the team that draws your blood for donations will perform some tests to ensure you’re healthy enough to give, says Health.com.

Some of the diagnostics they’ll run on you include blood pressure, pulse, as well as a small sample of your red blood cells to ensure they won’t end up making you iron deficient in the process, it adds.

Whether you’re lucky enough to have Type-O blood (the “universal” blood type) or type A, you shouldn’t let blood type determine whether you’ll donate. There are actually 8-common blood types: A+, A-, B+, B-, O+, O-, AB+, and AB-, notes the American Red Cross.

It Really Doesn’t Hurt At All

The anticipation of getting the needle inserted that will draw blood is probably a lot worse than the brief pinch that you’ll feel when it goes in. Health.com says the needles used to collect blood “are a bit larger than those you’d encounter when, say, receiving a flu shot,” but don’t let that fool you.

The source says the needles contain silicone to help them more easily, and the brief prick you feel is just on the surface. You can choose to look away while the needle is being inserted, and you probably won’t even notice it that much. “Since the ‘tough’ part is already over, you can lie back and spend the next eight to 10 minutes zoning out,” it adds.

Factors That Can Raise Your Blood Sugar

There Is Little Risk to Give Blood

MedicineNet.com explains that becoming a regular blood donor is relatively safe, although not for everyone. While many people can give every 8-weeks, a study cited by the source notes doing so causes an iron deficiency in about 25-percent of the patients by the 2-year milestone.

There could be some other symptoms associated with long-term blood donation including fatigue, dizziness and even trouble breathing, adds the source. However, study participants that completed surveys about their cognitive skills and quality of life at the 2-year mark didn’t indicate any adverse effects (compared to donors that don’t give as frequently), it notes.

You Could Save a Baby

Who doesn’t want to give a baby a chance to live a full life? It turns out that donating blood is not only beneficial for kids and adults who have been in an accident or had surgery (or are receiving treatment for cancer), it can help save the life of an unborn baby, says Health.com.

The source notes that blood donations end up in delivery rooms if the unborn child is anemic, for example. “A lot of kids need blood in the first couple of minutes of life,” and transfusions are sometimes done during pregnancy, it adds.

Healthline explains there are certain foods and drinks that can optimize you for a blood donation. First and foremost, since you’re losing fluid through a blood donation, make sure you stay hydrated before and after the donation, it adds.

It also says you should bulk up on iron, which your body uses to make hemoglobin that distributes oxygen to various tissues and organs. Consider eating foods such as beef, pork, chicken, fish, eggs, spinach, kale, whole-wheat bread, certain fruits (such as strawberries and watermelon), and beans to help increase iron levels and avoid iron deficiency related anemia from giving, it adds.

You’ll Be Rewarded With a Treat

Health.com assures you it’s okay to indulge in a cookie and other sugary treats if they’re offered right after giving blood, but to focus on a balanced diet beyond that. “Rewarding yourself with a treat isn’t going to do any harm, provided that you indulge in moderation,” it notes.

Some donor clinics will have salty snacks to help you retain more fluid in your system that is lost through donation, it adds. Take it easy and stay hydrated after donating.

While there are ideal choices if you’re preparing to give blood, there are some foods and beverages you should think twice about consuming leading up to your appointment, adds Health.com.

“Certain foods and beverages can have a negative effect on your blood,” it notes. Try to avoid alcohol for 24-hours before donating, as it can cause dehydration, it notes. Also watch your intake of fatty foods, “iron blockers” such as coffee, milk, cheese, and red wine, and do not to take aspirin for 48-hours beforehand – a requirement if you’re donating platelets as opposed to whole blood, it says.

Be An Advocate For Blood Donation

It’s okay to be a bit of a humblebrag on social media about giving blood, says Health.com. You’ll likely get a sticker to wear that says something like “be nice to me, I gave blood today,” which lets people know how great you are (and by the way, also lets people know what’s up if you’re feeling a bit faint afterwards).

However, there’s more to it than that. You can be a walking advertisement for the importance of blood donation. “Hearing about blood donation from a friend or colleague is very motivating in getting potential first-timers to think about taking that next step,” it notes. “Donate visibly, donate vocally, and donate as often as you can.”