Supplements That Slow Down Aging 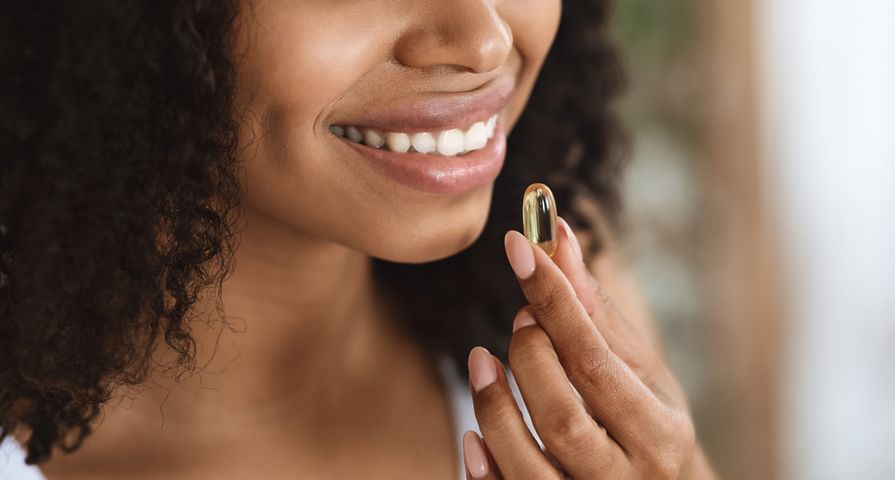 Aging is inevitable, but you can take steps to help retain your youthfulness. One thing you can do is consider taking supplements. While they aren’t a fountain of youth, some supplements can help prevent premature aging.

Along with a healthy diet and regular exercise, supplements can help with anti-aging goals such as keeping wrinkles at bay and improving cognitive function. Keep reading to learn about 11 supplements that may help reduce the effects of aging.

Not only is turmeric a flavorful spice, but its main ingredient, curcumin, is also an antioxidant. As a result, turmeric supplements may benefit your skin in several ways. According to Red magazine, turmeric can help protect against premature aging, support cell renewal, and calm down acne breakouts.

Studies suggest curcumin “may directly reduce skin aging — including preventing moisture loss and protecting against wrinkles,” according to the source. Turmeric also has anti-inflammatory properties, so the source says it may help with acne, psoriasis, and eczema flare-ups. 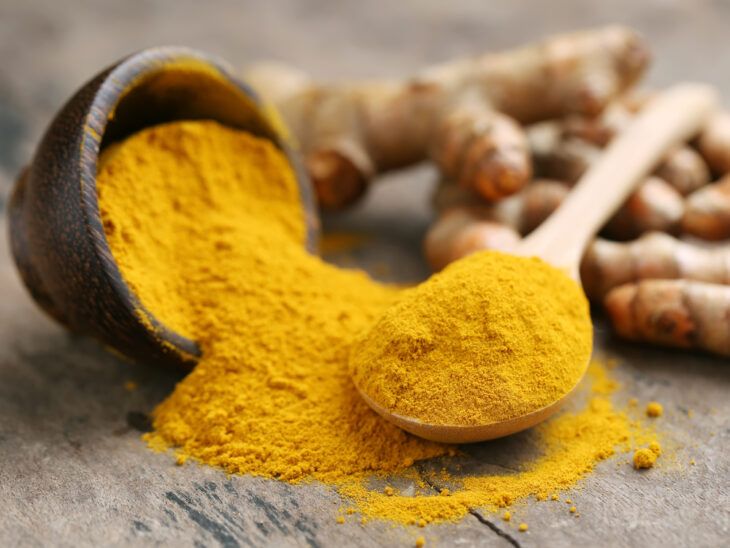 While vitamin C is probably on your radar during cold and flu season, its benefits extend beyond warding off colds. For instance, vitamin C “can help minimize the effects of aging,” according to Eat This, Not That! For one thing, the source says it helps support collagen production.

And the anti-aging benefits of vitamin C don’t stop there. A recent study of adults ages 24 to 95 found participants who consumed higher levels of vitamin C performed better on tasks involving memory, focus, decision-making, and recognition. 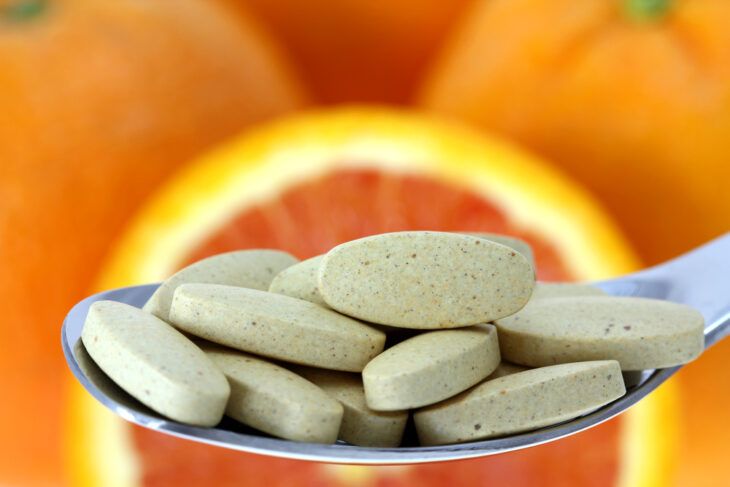 EGCG, formally called epigallocatechin gallate, is found in green tea. Whether taken as a supplement or consumed via tea, EGCG has several anti-aging benefits. For example, Healthline says it may help reduce inflammation and support heart and brain health.

Additionally, Byrdie says green tea’s EGCG “can reduce the signs of sun damage, such as hyperpigmentation, rough texture, and fine lines.” Besides consuming it orally, the source suggests adding skincare products with green tea to your beauty regime. 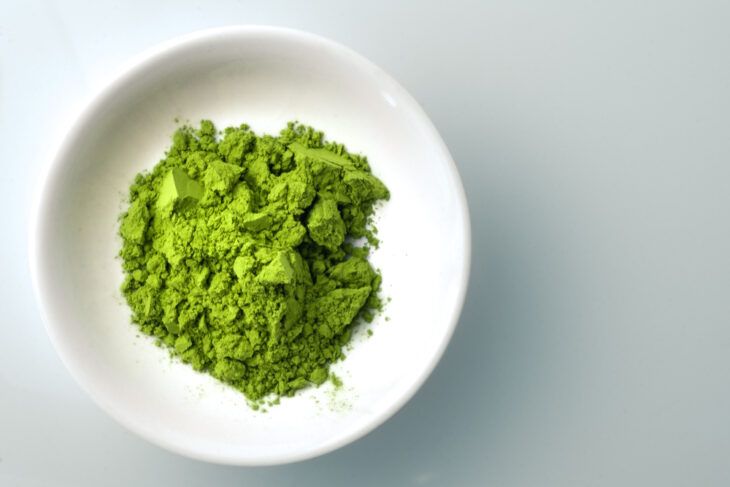 Folic acid, also known as folate, is a B vitamin. According to Vogue, it’s another supplement that can help combat the physical signs of aging. For example, it can improve skin health. The source says folic acid may increase hydration, maintain collagen production, and reverse sun damage.

And that’s not to mention the role folic acid can play in hair health. According to the source, folic acid can help “promote hair growth, add volume and even reduce the rate of premature greying.” 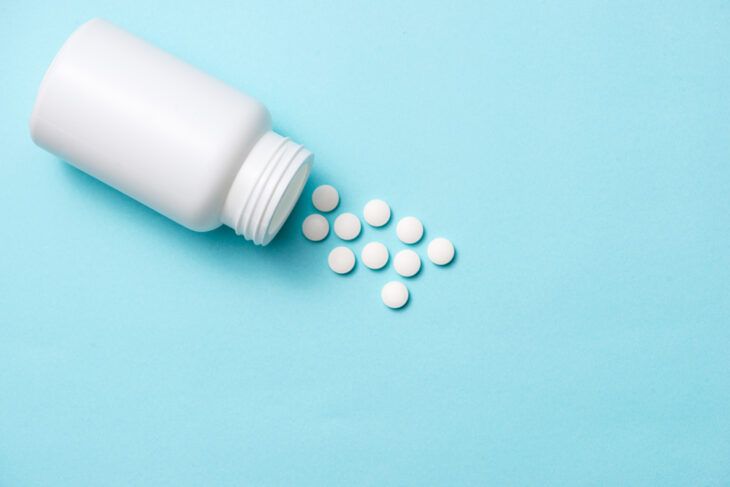 If you’re concerned about fine lines and wrinkles, then Coenzyme Q10 is another supplement to consider. Coenzyme Q10, also referred to as CoQ10, is an antioxidant that can boost collagen and elastin production, according to Eat This, Not That!

It can also help keep your skin looking youthful in other ways. For instance, the source says CoQ10 can “combat skin aging that we routinely see from UV radiation, infrared radiation, and ozone pollution.” Plus, it can help prevent dark spots, according to the source. 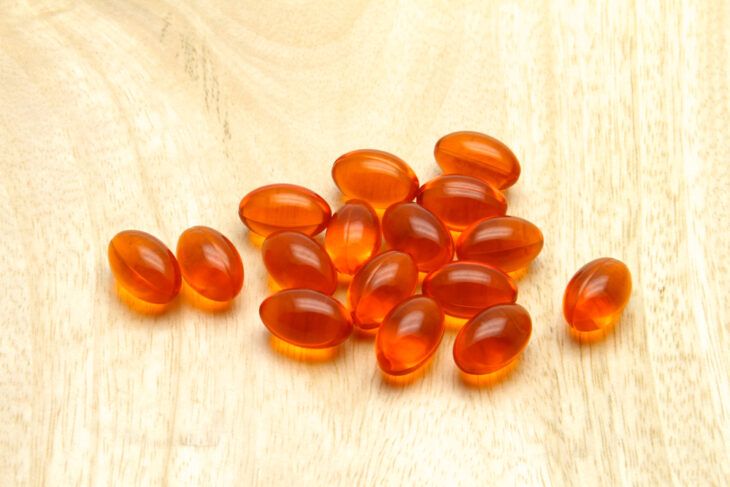 Fish oil supplements are loaded with omega-3 fatty acids. That’s important because omega-3s can help with anti-aging efforts in several ways. For starters, a recent study shows a “high dose of fatty acids may slow cellular aging,” according to Ohio State University.

Additionally, omega-3s can help slow cognitive aging. According to Healthline, fish oil supplements may be especially helpful during the early stages of cognitive decline. “If you wait too long,” the source says, “fish oil may be of little benefit to the brain.” 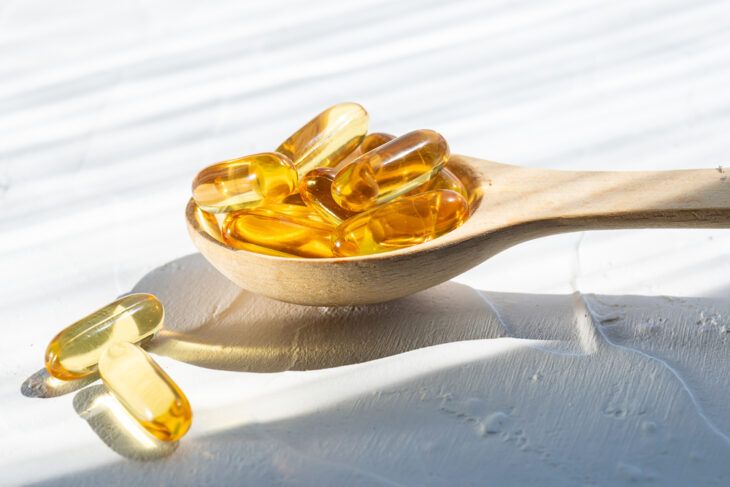 According to Woman’s World, “Zinc has more than a few anti-aging benefits.” First of all, zinc supplements can help with hair loss and skin health. The source says zinc promotes hair tissue growth as well as collagen production.

Zinc also plays a significant role in your immune system. Since immune systems tend to get less effective with age, zinc can make a difference. In fact, Healthline says “zinc supplements significantly reduce the risk of infections and promote immune response in older adults.” 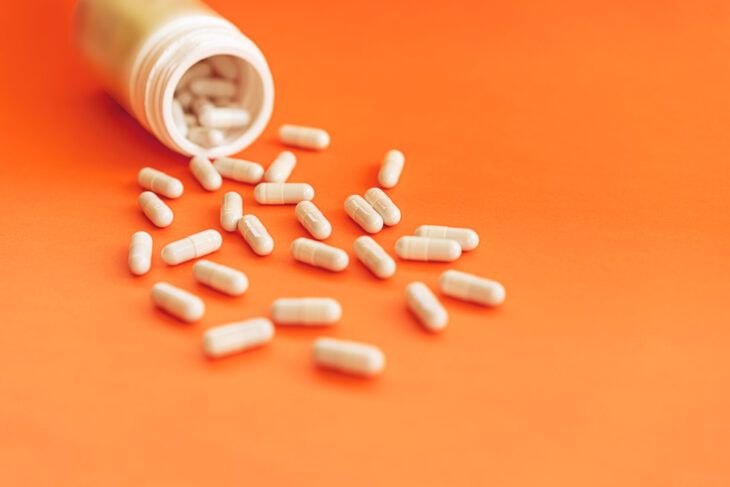 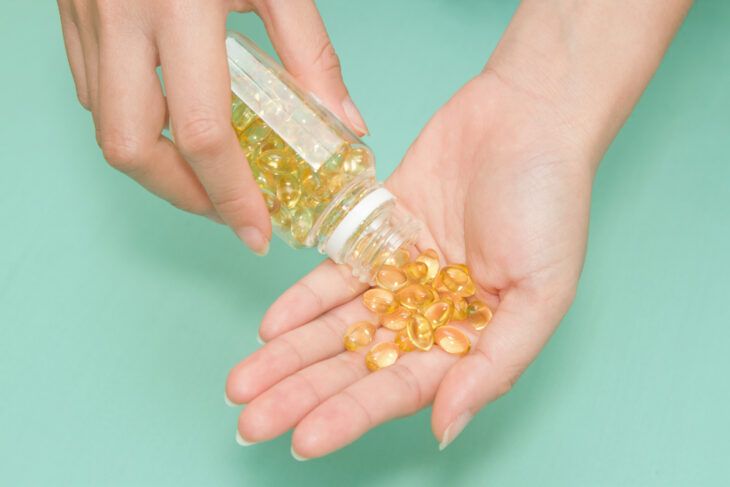 “As you age, the production of collagen — a protein that helps maintain skin structure — slows, leading to accelerated signs of aging like wrinkles,” according to Healthline. But the source says research suggests collagen supplements may help reduce wrinkles and dry skin. 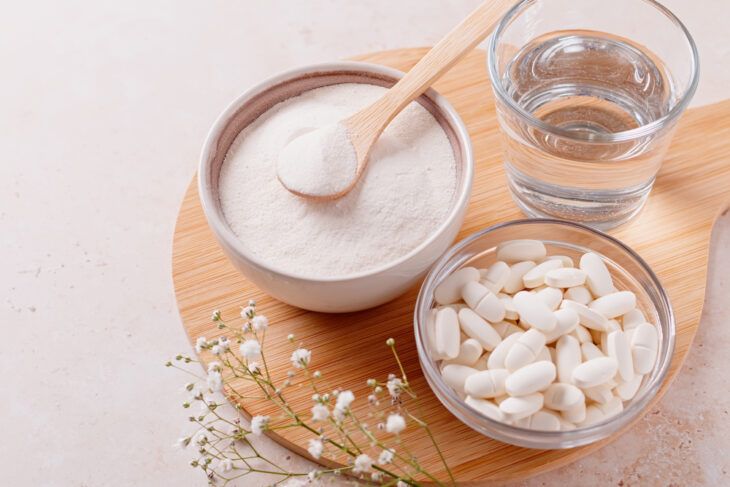 While L-Theanine may not be one of the better-known supplements, it has several benefits. For instance, L-Theanine may improve cognitive function, mental health, and sleep quality, according to Eat This, Not That! So, L-Theanine can play an important role in fighting the effects of aging.

Since L-Theanine isn’t exactly a household name, here’s a little crash course if you’re wondering what it is: “L-theanine is an amino acid found primarily in green and black tea and some mushrooms,” according to Healthline. 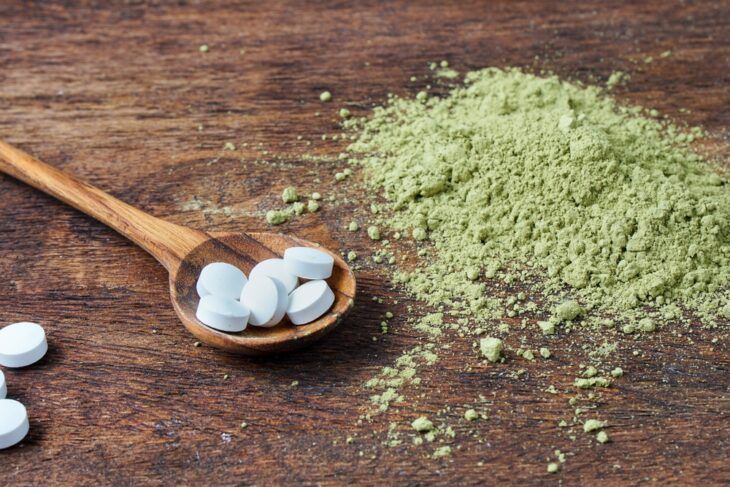 Finally, there’s the good old-fashioned multivitamin. While multivitamins might not be specifically designed for anti-aging purposes, they can be a great way to reap the anti-aging benefits of a variety of vitamins. After all, multivitamins often have vitamin C, vitamin E, and zinc.

When choosing a multivitamin, look for one that also has other essential vitamins for healthy aging. For example, vitamin D, magnesium, and calcium are often found in multivitamins. A multivitamin can support healthy aging by making sure general nutrient needs are met. 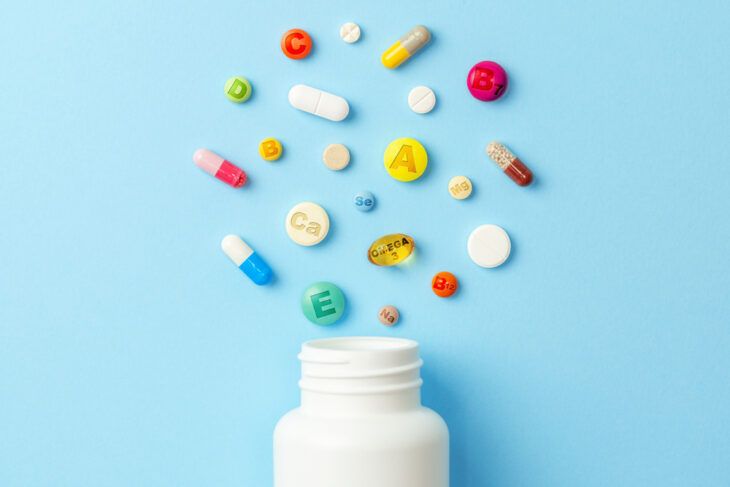 Things To Keep in Mind

Supplements can certainly be a great way to reduce the effects of aging, but there are a few things to keep in mind. For one thing, you should talk with a doctor before taking a new supplement. A doctor can make sure the supplement won’t interfere with any medications you take.

Additionally, Woman’s Day suggests looking for “GMP” and “USP” labels on supplement and multivitamin bottles. Those stamps mean the product adheres to the Good Manufacturing Practices and U.S. Pharmacopeia standards for quality. 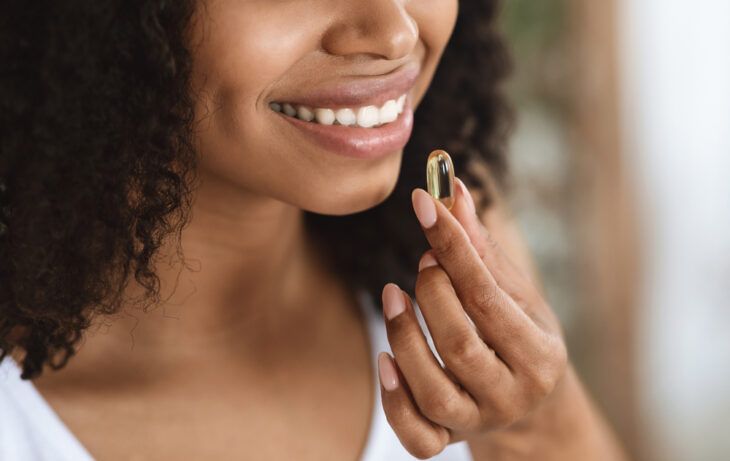