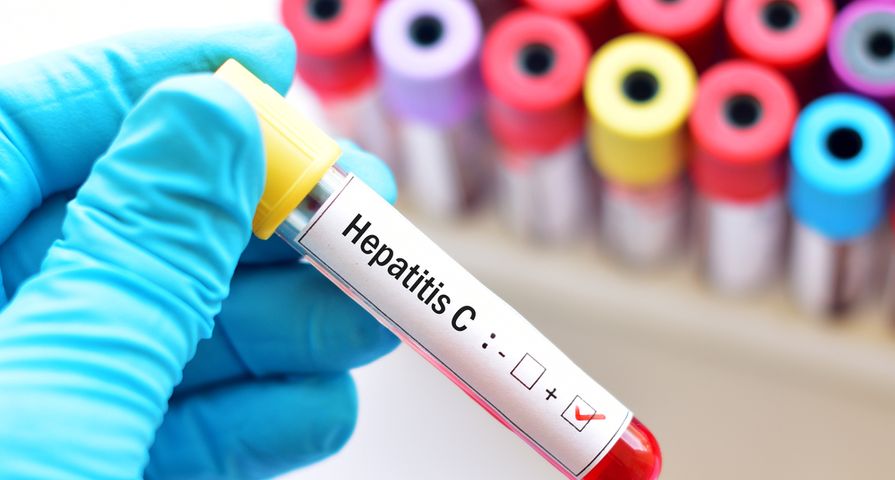 Medical Facts to Know About Liver Cirrhosis
Hepatitic C (HCV) affects over 30 million people around the world, and nearly 4 million people in the United States, according to WebMD. It’s not a problem we can ignore, and due to the fact that there is no vaccine available (unlike there is for hepatitis A or B), we need to be educated and informed on how to prevent the virus from spreading.

To get better informed on the topic, read some of these staggering statistics on the hepatitis C virus…

There is no vaccine to protect any of us from contracting hepatitis C which is one of the reasons millions of people worldwide have contracted this virus.

The World Health Organization estimates that globally, 71 million people have chronic hepatitis infection. To get a little more specific, WebMD lists the United States population of infected persons being somewhere around 3.9 million.

“It’s called the ‘silent epidemic’ because people can be infected for 30 or more years and have no idea,” says Camilla Graham, MD, an infectious disease specialist at Beth Israel Deaconess Medical Center and an assistant professor of medicine at Harvard Medical School in Boston to Everyday Health.

2. How Serious is a Diagnosis?

While hepatitis C is treatable, or in some rare cases, goes away on its own (we’ll get into that next), it is also very serious and leads to hundreds of thousands of deaths each year. The main reason that hepatitis C is so serious is because it can create lead to complications, specifically pertaining to the liver.

In many cases people don’t realize they’ve become infected because there aren’t any symptoms, so they never seek out treatment and unknowingly allow the infection to remain in the body for decades. This unfortunately means that many people who have chronic hepatitis will also develop cirrhosis or liver cancer.

“Approximately 399,000 people die each year from hepatitis C, mostly from cirrhosis and hepatocellular carcinoma,“ writes the World Health Organization. “Antiviral medicines can cure more than 95-percent of persons with hepatitis C infection, thereby reducing the risk of death from liver cancer and cirrhosis, but access to diagnosis and treatment is low.”

There are two types of hepatitis — acute and chronic. The main difference between these two types of HCV are how long they last. Chronic hepatitis is a long term infection whereas acute sets in quickly and only lasts a few weeks.

World Health Organization writes, “acute HCV infection is usually asymptomatic, and is only very rarely (if ever) associated with life-threatening disease.” The source goes on to note that a large margin — about 15 to 45-percent — will be able to spontaneously clear the virus on their own within 6 months without any help from treatment.

Most of the people, about 70 to 80-percent of patients who have acute hepatitis C will not experience any symptoms or show signs of having an infection, notes the American Liver Foundation.

5. Infection That Lasts for Several Decade

As we just mentioned, most people who have acute hepatitis will go on to develop chronic hepatitis because they often don’t have any symptoms, so they don’t get treatment. Most people don’t even realize they are infected and in some cases, unknowingly live with the virus for decades.

The American Liver Foundation points out that because the virus is able to be present in the body for 6 months or longer with no symptoms, “it’s common to have the infection for 15 years or longer before being diagnosed.”

Hepatitis C is a worldwide issue (an estimated 36.7 million infected people worldwide), but there are certain areas that are more affected than others. According to the World Health Organization, the Eastern Mediterranean and European Regions have a prevalence of about 2.3-percent and 1.5-percent, where as other WHO regions vary between 0.5-percent and 1-percent.

“Depending on the country, hepatitis C virus infection can be concentrated in certain populations (for example, among people who inject drugs) and/or in general populations,” writes the source. It’s also important to note that there are multiple strains, also referred to as genotypes. These also vary depending on region.

7. What’s the Likelihood of the Virus Being Cleared?

We briefly touched on the fact that while the majority of people with acute hepatitis C develop chronic hepatitis C, there is also a small percentage of people who are able to clear the infection with their own immune system.

The Centers for Disease Control and Prevention (CDC) writes that the likeliness of this happening is low, but not impossible. “Approximately 15 to 25-percent of people who are infected with the hepatitis C virus clear it from their bodies without treatment and do not develop chronic infection,” writes the source. It’s still unclear why this is the case for some people and not for others.

For those who cannot clear the virus on their own, there is an oral treatment available.

8. What’s the Likelihood of it Being Cured?

For a long time the only form of treatment for hepatitis C was interferon injections and ribavirin pills, but it wasn’t practical or all that effective. Everyday Health talked to Ibrahim Hanouneh, MD, a hepatologist at the Cleveland Clinic in Ohio who says the older form of treatment was only about 40 to 50-percent effective at controlling the virus. Many infected patients weren’t able to continue using the treatment because of the side effects which included depression, suicide risk, extreme fatigue, and flu-like symptoms, or due to their other health problems.

Today, the oral medication available is able to cure hepatitis C with a success rate of about 95-percent, says Graham, MD, to the source.

9. How it is Commonly Spread

Since hepatitis C is a blood borne virus, it can only be transmitted through exposure of infected blood. The most common forms of transmission are injected drug use (through sharing of equipment like needles), the reuse or inadequate sterilization of medical equipment like syringes and needles, or the transfusion of unscreened blood or blood products, says the World Health Organization.

While those are the most common forms of transmission, they aren’t the only ways it can be spread. Other possible but less common ways are through unprotected sex, an infected mother to baby, and sharing of personal items like toothbrushes and razors.

It cannot be spread through breast milk, food, water, or any form of casual contact like hugging, holding hands, or kissing.

10. There are Several Different Genotypes

The hepatitis C virus is extremely diverse. There are six different genotypes, all of which go by the name of either type 1, 2, 3, 4, 5, or 6. While there are many different types, the majority of hepatitis C cases in the United States are genotype 1.

Everyday Health points out that according to the American Liver Foundation (ALF), there are also a few cases of type 2 and 3. About 10 to 20-percent of people with hepatitis C have either type 2 or 3.

One of the most dangerous things about hepatitis C is that it doesn’t show any symptoms until the infection has gotten so bad that it leads to more serious complications, which often impact the liver. The most concerning complications that tend to occur are liver cirrhosis, liver damage, and in some dire cases, the liver will stop working entirely due to liver failure.

“Of every 100 people with a chronic hepatitis C infection, 5 to more than 20 will eventually develop cirrhosis, a scarring of the liver that interferes with its ability to fight infections and help digest food,” writes Everyday Health while citing a 2017 study in the journal Liver International.

Going off of that, it is not enough to just get a liver transplant to fix the damage done by a long-term hepatitis C infection, says Hanouneh to the source. Once the liver is removed, the infection remains in the body. The only way to treat it is with medication. This can be done after a liver transplant.

12. Baby Boomers Need to be Tested

All baby boomers, regardless of their lifestyle, should be tested for hepatitis C. Everyday Health cites the CDC which states that people born between the years 1945 and 1965 are five times more likely to have hepatitis C than someone else.

“Many of them were infected during the 1960s to 1980s from contaminated blood, or blood products like those used to treat hemophilia, before widespread screening for the virus began,” writes Everyday Health.

There have been many cases where a woman who is infected with hepatitis C becomes pregnant and gives birth to a child. So is the child now also infected with the virus? According to Very Well Health, this only happens in about 4-percent of cases. The chances of a mother passing along the infection to her child are rare, but not impossible. However the risk nearly doubles if the mother is also infected with HIV or has high amounts of the virus in her body at the time of the birth.

The CDC also writes, “about 6 in 100 infants born to mothers with hepatitis C become infected with the hepatitis C virus. However, the risk becomes greater if the mother has both HIV and hepatitis C.”