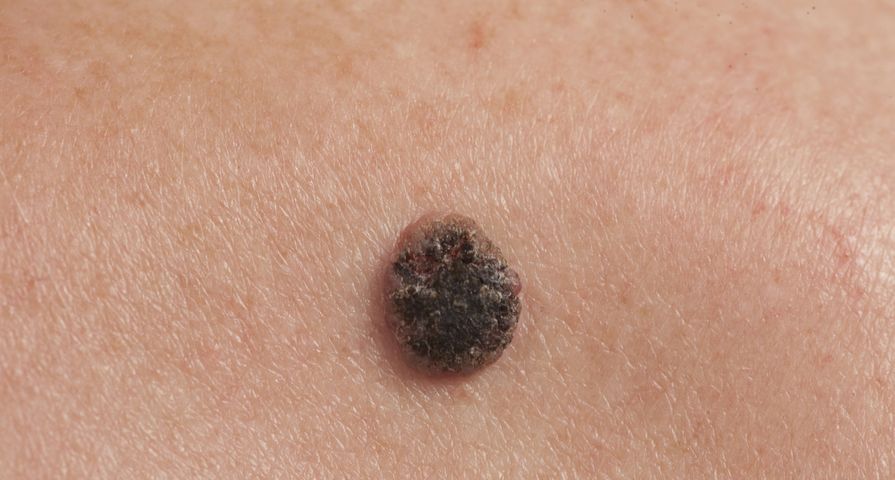 Squamous cell carcinoma is the second most common type of skin cancer, second only to basal cell carcinoma. It is currently estimated that over one million new cases are diagnoses in the United States every year. Tragically, the disease causes around 15,000 deaths annually.

What Is Squamous Cell Skin Cancer?

Squamous cell carcinoma occurs when damaged skin cells mutate and begin to multiply at an unhealthy rate, forming malignant growths. Most cases are caused by UV damage. As such, it typically appears on the:

Squamous cell skin cancer is relatively easy to treat and has an excellent survival rate. When the disease is caught early, 99 percent of patients survive more than five years beyond the point of diagnosis.

Early diagnosis is essential to ensure successful treatment, as squamous cell carcinoma can spread to other areas of the body if left unchecked. If the cancer spreads to the bones or lymph nodes, it can become very difficult to treat.

Who Does It Affect?

Men are more than twice as likely to develop squamous cell skin cancer. This type of skin cancer can develop at any age but is extremely uncommon in people under 25. The risk of getting the disease increases with age. Most new diagnoses are made in people over 50 years old.

Black people are less likely than Caucasian people to get any kind of skin cancer. However, squamous cell carcinoma is the most common of all skin cancers among Black people, often appearing on the palms of the hands or feet.

As mentioned earlier, squamous cell skin cancer is caused by exposure to UV rays. When a person is exposed to UV light from the sun or tanning beds, their outer and middle layers of skin can become damaged. This causes a mutation which eventually leads to cancerous growth.

The primary symptom of squamous cell carcinoma is unusual growths or patches on the skin. This can sometimes be accompanied by soreness or itching in the affected area.

Keep in mind that this cancer can be hard to spot in its infancy. In some cases, the cancer can simply be an existing mole changing in shape or size.

Avoiding UV rays is by far the best way to lower your chances of getting squamous cell carcinoma. The Centers for Disease Control and Prevention recommends the following tactics for skin cancer prevention:

How Is Squamous Cell Carcinoma Diagnosed?

The first step in diagnosing squamous cell skin cancer is a physical exam. Your doctor will check any abnormal patches of skin or moles for visible signs of the disease. To determine whether you are in the “high-risk” category, they will ask you some questions about your lifestyle and medical history.

If your doctor suspects that you may have skin cancer, they will schedule a biopsy to test the affected skin. This usually involves removing a very small part of the abnormal skin so it can be viewed under a microscope. Don’t worry, they will use numbing agents to make sure you are not in any pain.

What Are the Treatment Options?

If you are diagnosed with squamous cell skin cancer, do not panic. It is usually very treatable. The route your doctor takes will depend on a variety of factors. This will include your overall health and age, plus the location and severity of the cancer. In most cases, surgery to remove the growth is the most appropriate course of action.

In cases where surgery is not possible, your doctor may recommend radiation therapy to kill cancer cells and shrink the carcinoma. When the growth is smaller, it may be possible to operate.

You must book an appointment with your general practitioner immediately if you notice any skin abnormalities. This is especially important if you are experiencing pain, itching, or bleeding around the affected area. Catching skin cancer early is the key to successful treatment, so do not delay in making the call.