Cheapest Cities to Retire in Europe 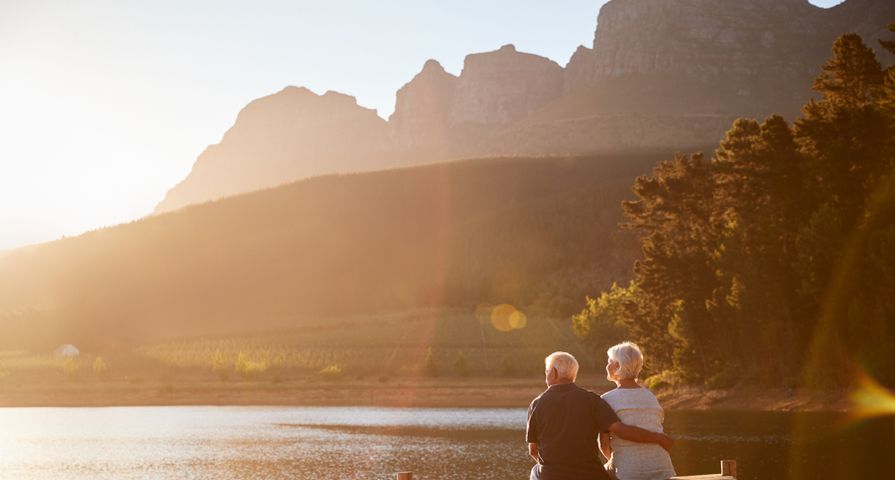 You can see retirement on the horizon. Congratulations! You’ve worked a long time, and it’s time to kick back and enjoy life after a career. You’ve also had your eye on Europe for a long time but is it possible to make it more than just a vacation destination?

The truth is, with a bit of savings under your belt (or a decent pension) and some research, you can actually find an amazing city in Europe that fits both your lifestyle and your budget. Luckily, we’ve done some of the research for you here! Read on to learn more about the cheapest cities to retire in Europe, and what they offer…

Yes, this is the same Bordeaux that the wine variety is named after thanks to its abundant vineyards. But even if wine is not your thing, there’s plenty to love about this port city of about 870,000 people. One of those things is the climate. Travel And Leisure notes, the area has “warm summers and mild winters,” which could be especially attractive if you currently live in the Snowbelt.

The city is also abundant in attractions including museums and galleries, has high-speed trains that connect to other European destinations, and benefits from universal healthcare for those who qualify, notes the source. According to the global cost-of-living database Numbeo.com, a one-bedroom in the heart of the city will be rented for around 742 Euro ($861 USD) monthly. 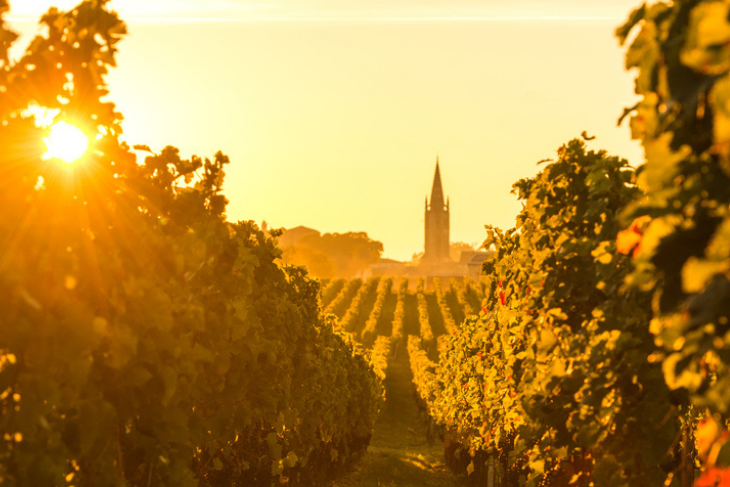 This European city appears on a list from Forbes, which also suggests you might not want to wait until retirement to live here because it’s so affordable. Forbes notes that you can live “comfortably” in Lisbon, the capital city of Portugal, for only about $2,200 USD per month.

In fact, it notes that those who are moving from the U.S. to Portugal will spend about a third on expenses as compared to back home. The source says that Portugal as a country is friendly and safe, rich with beaches and culture. It also has desirable healthcare. 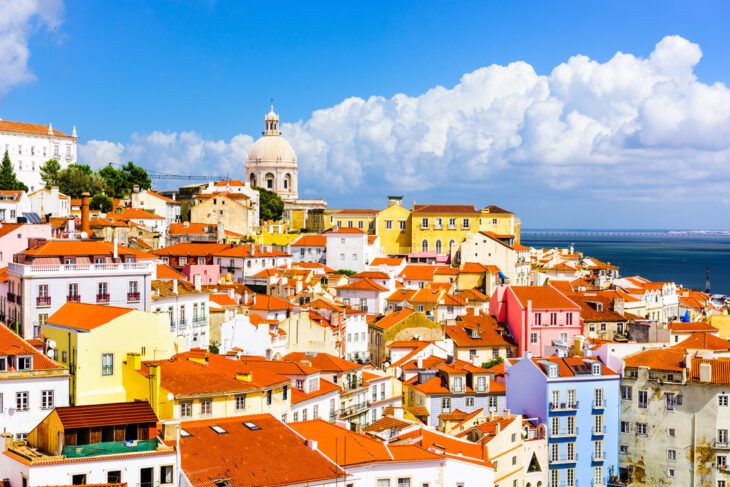 Travel And Leisure says Budapest has a lot to offer – from the historic architecture to its friendly population. But what’s more, is that it has an “attractive cost of living” that’s making it more of a retirement destination for American expats, it notes – probably in part due to its quality healthcare.

According to the source, compared to New York City, Budapest’s cost of living is around 57-percent lower. What’s even more, it adds, is that average rents are a whopping 83-percent lower than NYC! You can still buy affordable property if you choose (although real estate is rising across Hungary due to demand), and it’s not too complicated to obtain permanent residency status. 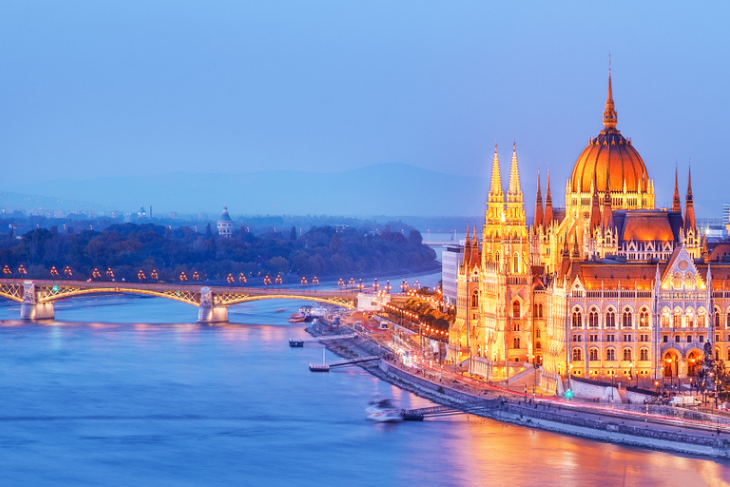 This is another desirable destination to move to, according to Forbes. It details that this city in particular (in northeastern Spain) has a “Mediterranean climate” as well as being close to a major airport in Barcelona. The source cites an ex-pat that brags about enjoying a 3-course meal there for less than $30 (however, Numbeo.com says that meal would cost 40 Euro, which is about $46 USD)

Forbes also notes Spain, in general, is an inexpensive place to live, with “one of the lowest costs of living in Western Europe.” It doesn’t say exactly how much money you’ll need per month to live comfortably in Girona (rent for a one-bedroom in the city center is about 579 Euro/$672 USD per month according to Numbeo), but it does say you can live “modestly” in the more expensive capital city of Madrid for $2,000. 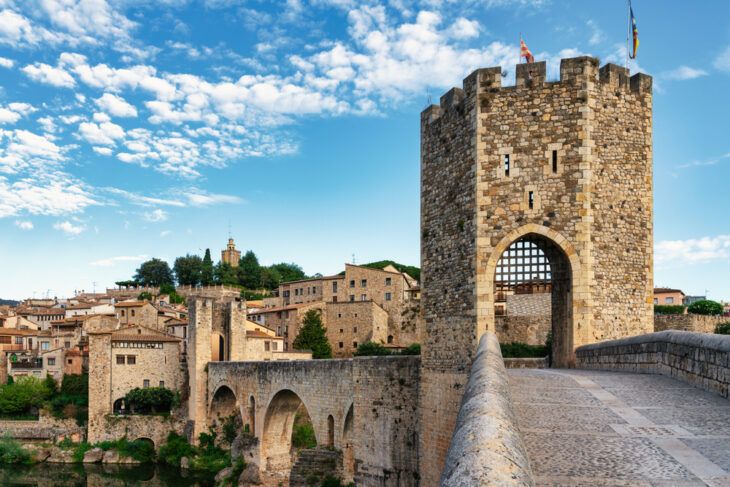 This European city (to be fair, a large portion of it is actually in Asia) is a traveler’s favorite. And why not? It has a rich history, founded in 657 BCE. It was also once known as the Roman/Byzantine capital of Constantinople that was popular as a port city due to its desirable location.

According to RoadIsCalling.com, Turkey as a country is an ideal place to live because not only is it beautiful and nestled beside the Mediterranean Sea but it also offers a “high level” of healthcare. The site also notes that while Istanbul is not the cheapest city in Turkey to reside in, “you can still live on a budget.” According to the site Instanbeautiful.com, you can “happily” live in this city if you have more than 25,000 Turkish Lira (TL) to spare per month (that’s the equivalent of about $2,800 USD). 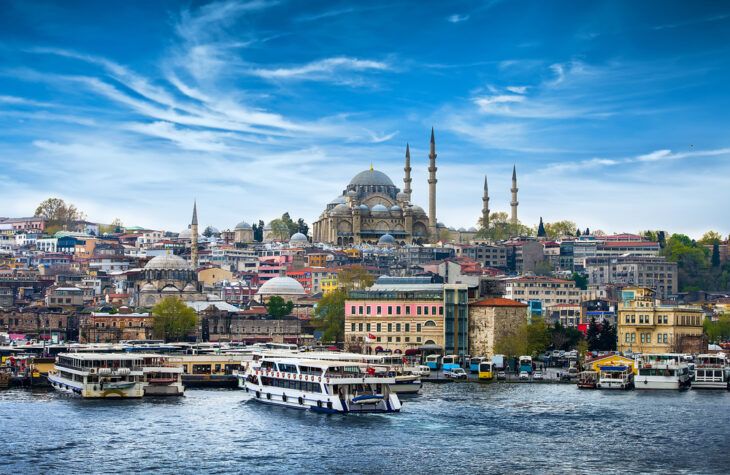 Travel And Leisure says this city is a hot property – literally. It notes that it’s becoming more of a retirement destination for both Americans and Europeans, as a popular center for wine, spas, casinos, and recognized heritage sites. It says the city of Ljubljana is particularly unique because it offers both beaches and ski resorts.

But more to the point, the source notes that the cost of living in this city is 41-percent lower than in NYC (the cost of a 1-bedroom rental in the city’s center is around 632 Euro/$734 USD a month according to Numbeo.com). It also says those who choose to move here can apply for permanent residence after 5-years of living in the country. There is also public healthcare with a private insurance option. 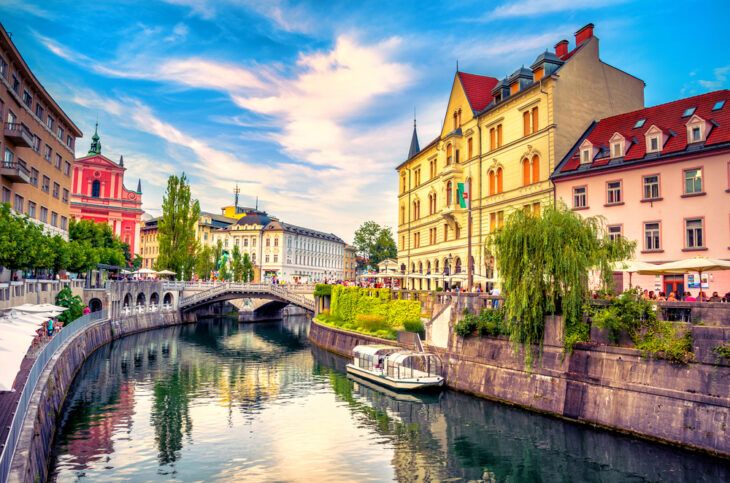 RoadIsCalling.com also mentions this city. It says due to the close proximity to beautiful Vienna (which is also on our list), the cost of living here is on the rise. However, it notes that a couple can expect to need about 1,000 Euro ($1,161 USD) to live comfortably here.

The site also notes that a “decent” apartment in Bratislava will run you about 500 Euro, which is equivalent to about $580 USD (a lot cheaper than the average apartment in NYC, which is several times higher according to RentHop.com). Meanwhile, RoadIsCalling.com notes Slovakia has a fast-growing economy, paired with relatively low taxes. 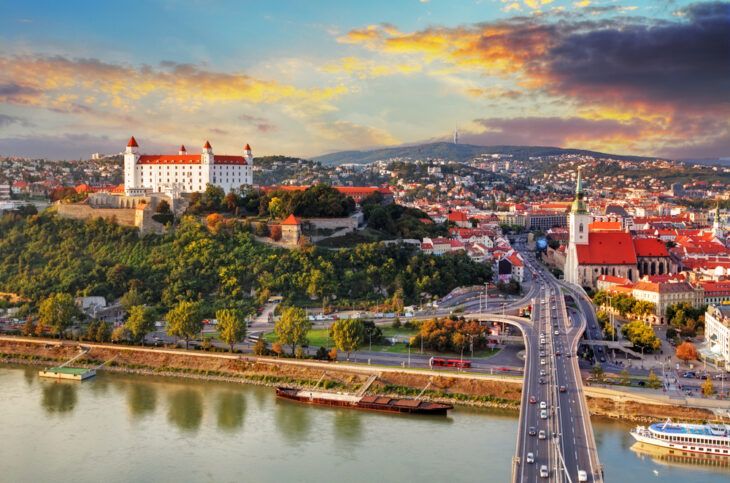 Admittedly, Warsaw is not the most ideal city to move to if you’re looking for a warm climate/beach lifestyle, although it does have fairly warm summers. However, this isn’t a competition of which cities have the most sun and fun, it’s about the high quality of life and low expenses – which are both offered by this historic city.

RoadIsCalling.com notes that Warsaw is a well-maintained center, with a lot of entertainment to keep you busy. It notes that you can find a “nice” apartment for as low as $400 in the center of the city (although Numbeo says to expect the equivalent of $800 USD monthly for a well-placed one-bedroom), and adds there’s good transit infrastructure to get you around. 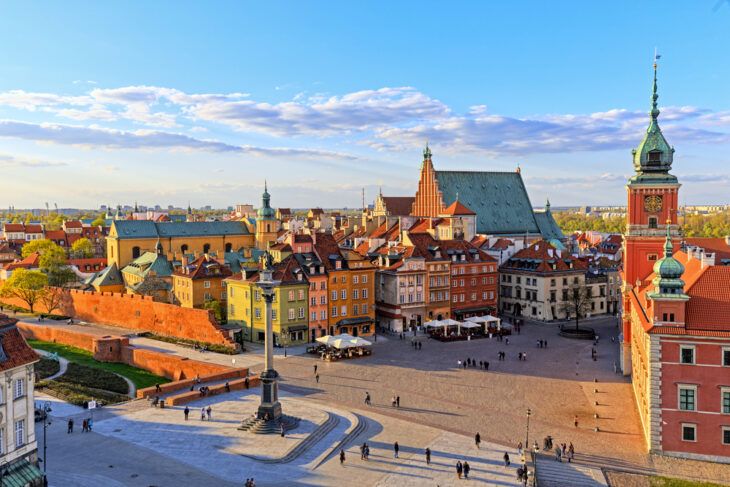 If you’re looking to split from the U.S. after retirement, then Split, Croatia might be a place for you to consider (excuse the wordplay). Split is the country’s second-largest city (with a population of around 180,000), once a palace home to Roman Emperor Diocletian, notes the source. (The ruins are still preserved).

It notes that U.S. residents need to apply for a temporary residence permit after 90-days, which can be renewed in a year’s time (permanent residency is available after 5-years as a temporary resident, it adds). Numbeo says a one-bedroom apartment in a desirable location in Split will cost about 3,200 Croatian kuna, which is about $500 USD per month. Total estimated expenses per person (not including rent) are about $735 USD. monthly. 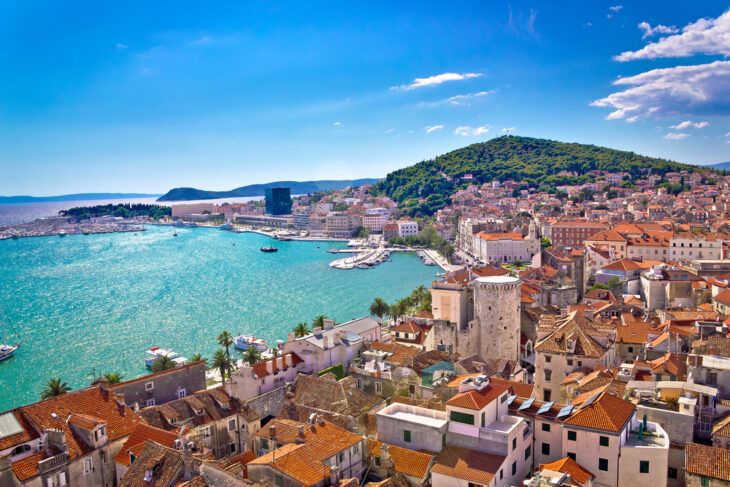 TravelAndLeisure.com lists this as one of the most alluring yet affordable places to live in Europe. Valletta is the capital city of Malta, the small islands south of Italy. However, the site notes it offers “beautiful sandy beaches” within close proximity to this city, as well as stunning views thanks to its altitude.

The source notes that a one-bedroom will cost around $750-per month, and that the other necessities, such as groceries, are reasonably priced. It says you might want to buy private healthcare if you’re a non-European Union expat, but it’s both “highly rated and inexpensive compared to U.S. options.” Becoming a permanent resident in this country is also not too complicated. 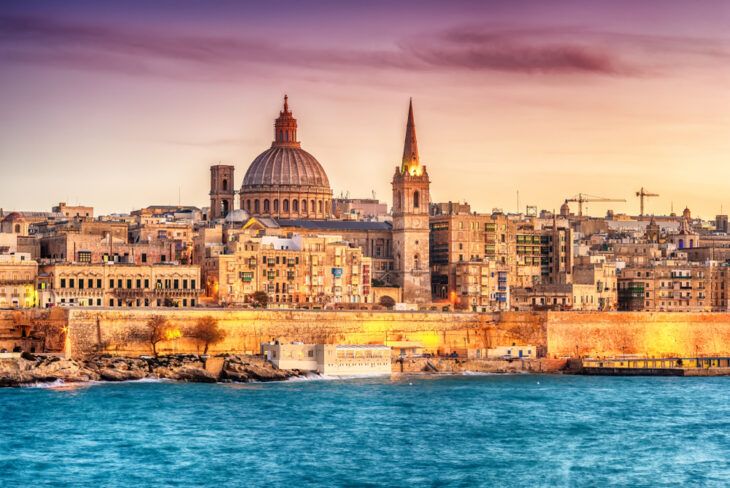 StudyingInGermany.org says that Frankfurt is a good option for overseas residency. While the site is designed to help students find an ideal place to study, it’s hard to ignore the numbers. The source says a one-bedroom in the city’s center will cost around 460 Euro ($533 USD) per month, although it notes utilities “will have a significant impact on your monthly spendings.” (It’s worth noting that Numbeo has the same rental type listed at more than twice as much at 1,033 Euros, so be prepared to spend a bit more).

The site also says that Frankfurt is a good choice for inexpensive restaurants, which could be a bonus to you if you don’t plan to do a lot of cooking in retirement. Overall, Numbeo says you should expect to spend 860 Euro (not including rent) per person each month, which works out to about $1,000 USD. 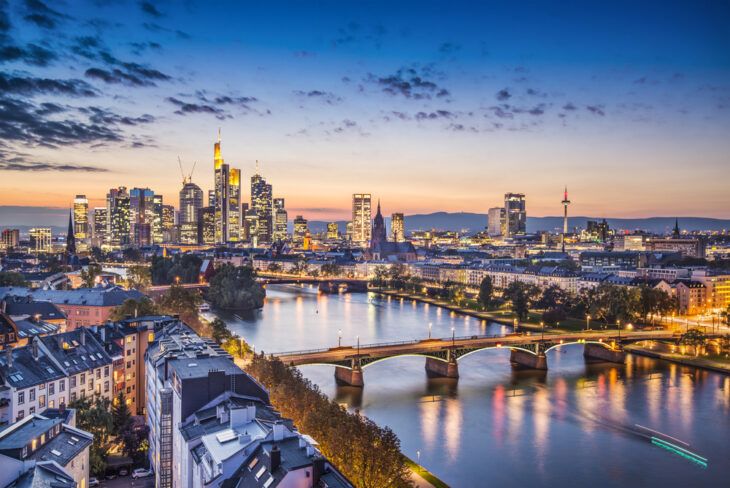 Expatica.com says Vienna, perhaps one of the most beautiful cities in the world, is an ideal place for retirees. “Although the cost of living is pricier than smaller cities in the country, it is still cheaper than many other large cities in Europe,” it notes. That includes being up to 30-percent less pricey than major cities in France and Germany, it adds. 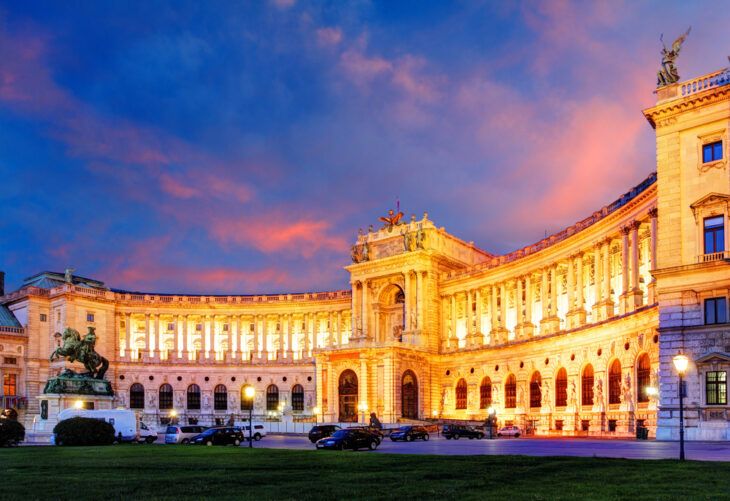 We thought we’d end this list on a city that almost everyone has heard of, and draws a lot of tourism each year thanks to its beautiful architecture and history. But there’s also allure to live here, according to TravelAndLeisure.com – and apparently more than 120,000 expats “and a growing number of retirees” call it home now.

The city has a “high standard of living” and apartments that are modern and reasonably priced, it notes. How reasonable? Numbeo lists a one-bedroom apartment in the city’s center at 17,802 Czech koruna, which might sound like a high number. However, that’s about $810 USD if you choose to live in the city’s heart. The city also benefits from reasonably-priced healthcare insurance, and its healthcare system “is among the best in Europe.” 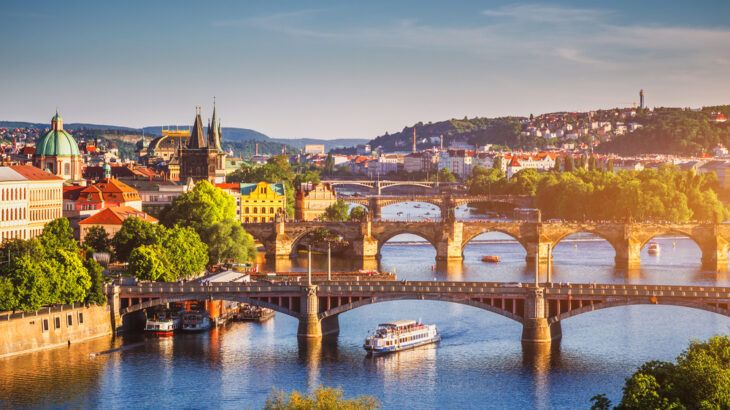