Ringing In 8 Causes of Tinnitus 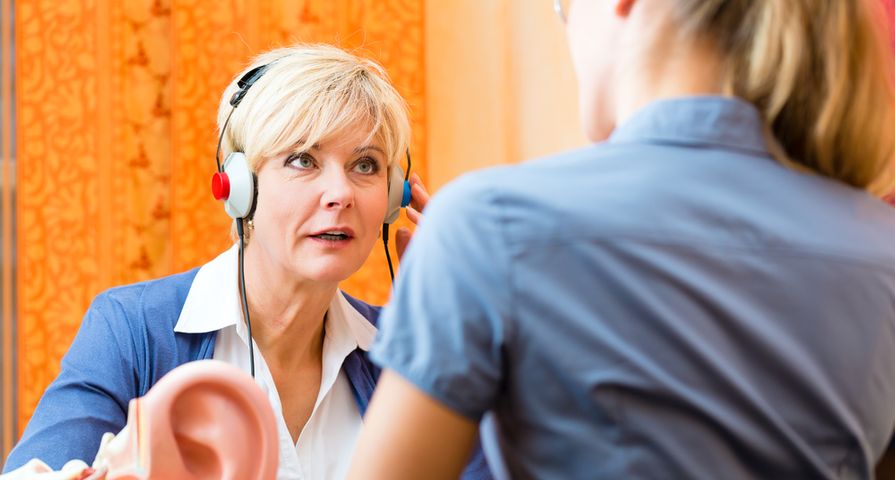 Tinnitus is an annoying ringing in the ears – that can be downright debilitating for some people. However, the reasons behind your tinnitus may not be easy to pinpoint, although in some cases a few adjustments can bring you relief from future symptoms.

While there are a number of treatments to turn down the volume of the symptoms of the condition, you may be able to zero in on the underlying triggers so you can avoid it in the first place. Here are eight relatively common reasons you may be experiencing tinnitus…

Remember all those concerts you went to when you were younger? You may not remember all of them, but your eardrums do. “Prolonged exposure to excessively loud noise” is listed by MedicalNewsToday.com as a possible cause of ringing (or buzzing, or a rushing water sound) in the ears.

You may want to be a little more aware of what loud music can do to your ears over the long-term, and wear earplugs at concerts (or at least stay clear from the speaker systems). Try turning your powerful car stereo down once in a while (passengers and bystanders will probably appreciate this too).

More specifically, head and neck injuries can lead to noise in the ears, according to TinnitusFormula.com. The source notes that in a study of 2,400 tinnitus patients at the Oregon Health Science University, upwards of 12-percent reported a connection to a head/neck injury.

Tinnitus can be triggered by Traumatic Brain Injury (resulting from a violent blow to the head), or whiplash (neck snapping back and forth in a violent motion) that can be caused by a car accident or even from a sports mishap, notes the site.

Both diseases of the inner ear and elsewhere can cause symptoms of tinnitus, according to EMedicineHealth.com. One ear disease called Meniere’s that can cause dizziness and a “fullness” sensation in the ear can also be accompanied by tinnitus, notes the site.

Meanwhile, the same source explains another disease called acoustic neuroma can also cause ringing in the ears. This disease is actually a type of brain tumor that develops on the nerve that supplies hearing, it adds. Often with this cause, you may only have tinnitus in one ear.

The Mayo Clinic says there are some blood vessel disorders that could be making some noise when it comes to your tinnitus symptoms. These disorders include atherosclerosis, when blood vessels near the ear lose elasticity and can lead to you being able to hear your own heartbeat.

Other issues include narrowing of a neck artery that can cause “turbulent blood flow,” and malformation of capillaries between arteries and veins leading to tinnitus. The culprit can also include high blood pressure from hypertension, stress, or too much alcohol and caffeine, adds the clinic.

Some of the medications you’re taking to treat other conditions might actually be triggering your tinnitus, at least according to Drugs.com. These medications include certain antibiotics, cancer pills, diuretics, some antidepressants, and even Aspirin, notes the source.

Medications can cause or worsen symptoms of your tinnitus, and the problem will increase with a higher dose, it warns. The good news is that if medications are the underlying cause of your tinnitus, it will disappear when you stop taking the particular drugs. However, it’s best to talk to a doctor before attempting that – or you could be dealing with a worse health problem than ringing in the ears.

When was the last time you cleaned out your ears? It could be a simple case of wax buildup in your ear canal (pushing against your eardrums) causing your tinnitus troubles.

However, be careful how you remove the wax – pushing a cotton swab into the ear canal has recently been advised against by experts through a number of sources, including Business Insider. You’re actually compacting the wax by doing this. In some cases, a doctor can remove the wax for you (or identify another problem, such as a foreign object in the ear).

Dysfunction of the temporomandibular joint (TMJ) in the jaw can be a painful and uncomfortable thing to deal with on its own, but can be made worse as it can trigger tinnitus, according to the American Tinnitus Association.

To help treat TMJ problems, dental treatment and bite realignment can be helpful, according to the source. A bite guard can also sometimes provide some relief from the stiffness and pain from TMJ, which may alleviate some of the associated symptoms as well.

We saved the biggest cause for tinnitus till the end – Hear-It.org explains, “Medical research in the past few years has shown that those who have tinnitus also have some form of hearing loss”. This can be a small or more significant loss of hearing, adds the source. A minor injury to the inner ear can result in “hidden hearing loss” that’s hard to detect with hearing tests but can still result in tinnitus, it explains.

Hearing loss can actually cause signals to be sent from the inner ear to the brain, resulting in tinnitus. In others words, you may be hearing “phantom” noises that don’t exist as a result. There are a number of factors that can cause hearing loss, including ear injuries, exposure to loud sounds (as mentioned before) and aging.